Across today’s Middle East armed forces engage each other in constant conflict. The largest of the battlefields are Iraq and Syria; others include Yemen, Sinai and Libya.

When combatants set out to kill each other, they normally know who their enemies are, and who their friends. But in the ever-shifting kaleidoscope of political, religious, economic, strategic and tactical considerations that mark the Middle East, little is clear-cut. With startling speed yesterday’s enemy can become today’s ally, and vice versa. Even more unsettling is that a foe on one battlefield can turn into a friend on another.

Iraq, disrupted following the West’s invasion of 2003, has become caught up in the turmoil generated by Islamic State (IS), an organization intent on establishing a Sunni caliphate first in Iraq and Syria, then more broadly across the region, and finally encompassing the whole world.

The brutality and bloodlust with which this philistine body conducts itself has shocked the civilized world. And yet the Turkish government under President Recep Tayyip Erdogan – which had set its face against Kurdish independence – has been tacitly permissive of IS. Erdogan deliberately withholds support from the Kurds, whose Pashmerga troops have been successfully opposing IS in the north of Iraq. Following last week’s elections, with the pro-Kurdish People’s Democratic Party entering the Turkish parliament for the first time, a change in Turkey’s attitude might be expected.

Outside Kurdish areas, most of the effective fighting against IS is currently being undertaken by a military set-up called Hashed Al-Sha’abi, a coalition of Shiite forces led by the charismatic Hadi Al-Ameri. Although the Hashed has won a series of victories against IS, including retaking key towns north of Baghdad like Dhuluwiya and Tikrit, they are not best liked by the US. Ameri is close to General Qassem Soleimani, head of Iran’s élite Al-Quds Brigade. Soleimani created the insurgent units that fought the American and British presence in Iraq after the invasion of 2003.

US policy, which can only be described as ineffective, has concentrated on air support to the institutionally weak Iraqi army and the Sunni tribes loyal to the government. The result has been a series of defeats, culminating in the recent loss to the IS of the strategically important city of Ramadi, capital of Anbar province.

Turkey, which borders both Iraq and Syria, has apparently begun to appreciate the risk to its frontiers from the territorial expansion of IS. As the London-based Arab paper Al-Sharq Al-Awsat recently reported: “A great development occurred on the Syrian front this week, when Turkey, for the first time ever, actively intervened in the Syrian quagmire.” The Turkish Air Force will be providing air cover to all the militias fighting President Bashar Al-Assad, except IS. So Turkey tolerates IS in Iraq, but opposes it in Syria.

Why? Perhaps it is taking seriously the US state department’s recent accusation that Assad is virtually working hand-in-glove with IS. Following attacks by both IS and the Syrian Air Force on rebel positions in northern Aleppo, Marie Harf, a state department spokesman, claimed it was a joint operation demonstrating that Assad “does not want to use his forces to root out IS’s safe haven in Syria, but really on the contrary, is actively seeking to bolster their position for his own cynical reasons.” Cynical? Well, to cling to power Assad needs to overcome his domestic rebels; but they are no friends of IS, which wants to destroy them as well.

That a tacit alliance exists between Assad and IS seems borne out by a recent study by Janes, which found that just 6 % of 982 government military operations had targeted IS, while only 13 % of IS’s 923 attacks in Syria targeted government security forces.

What can one make of this criss-crossing of wires? On the face of it IS, an extremist Sunni organization, is dedicated to sweeping away the Shia-orientated Iran-supported Assad regime. But Assad and IS face a common enemy – the western powers led by the US, who have declared their intention both to remove Assad from power and to defeat IS. Some temporary Assad-IS accommodation does make a sort of sense.

The US is not immune from this sort of equivocation.  On June 3 in Iraq, US warplanes began providing air cover to Iranian-backed militias in a joint effort against IS. On the same day, 1,200 miles to the south in Yemen, the US was providing guidance to Saudi pilots bombing Iran-supported Shia insurgents. So the US was bombing Iran’s enemies in one country, and helping to bomb Iran’s allies in another.

Yemen itself presents a picture of cross-alliances. The Shia Houthi rebels provisioned and sponsored by Iran, have defeated the elected government, captured the capital, and sent the president into exile – which is why Saudi Arabia assembled a coalition of nine Sunni states and is attacking them. Is this a classic Sunni-Shiite conflict? Not quite, for assisting the Houthis we find none other than the Sunni ex-President of Yemen, Ali Abdullah Saleh, deposed during the Arab Spring, and now jumping on the Shia bandwagon in the hope of a return to power.

Sunni-Shia enmities can indeed give way to marriages of convenience. Hamas, the de facto rulers of Gaza, are an offshoot of the Muslim Brotherhood, an extremist Sunni organization, yet for decades they have been financed and supported by Shiite Iran, the two bound together by a common desire to destroy the state of Israel.

But today Hamas is under attack from a Sunni body more extreme than itself – the Omar Hadid Brigades which denounces Hamas for agreeing to last summer’s ceasefire with Israel. This salafist body, challenging Hamas’s rule in Gaza, is firing rockets into Israel, provoking Israeli air strikes in retaliation. But Hamas is not prepared, at the moment, to jeopardise its ceasefire “arrangements” with Israel, and in consequence has arrested hundreds of jihadists over the past month.

Examples of other “arrangements” abound. Revealed for the first time on June 4 is that Israel and Saudi Arabia have held five secret meetings since the start of 2014 to discuss the common threat that Iran poses to the region. Although historic enemies (Saudi Arabia refuses to recognize Israel’s right to exist), they have nevertheless engaged in clandestine diplomacy in an effort to thwart Iran’s growing influence in the Middle East.

Or again, in the Sinai peninsular Egyptian and Israeli military units cooperate closely, though unofficially, to combat the extremist bodies, supported by the Muslim Brotherhood and Hamas, that are intent on destabilising the Egyptian government under President Abdel Fattah Al-Sisi.

The moral to all this tangle, if there is one? Perhaps: Common interests create strange bedfellows. 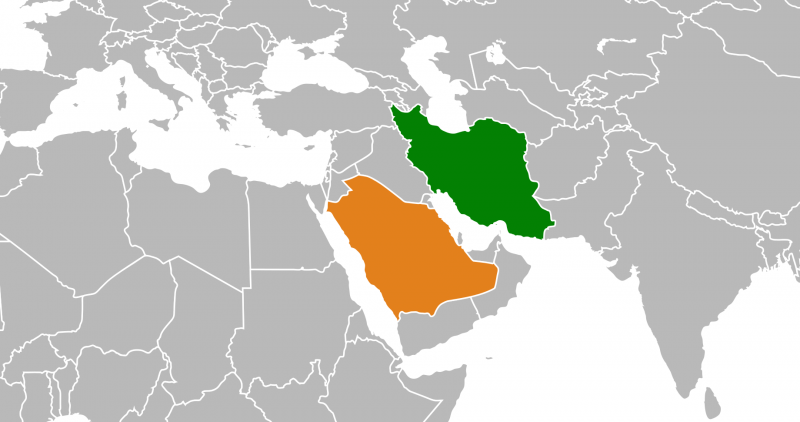