The so-called Islamic State, more commonly called the Islamic State in Iraq and Syria (ISIS), has suffered few military setbacks. The one that the Iraqi and American governments like to tout is the retaking of the city of Tikrit by Iraqi forces in April of this year.

Unfortunately, that “military success” was despite of a series of mistakes and missteps on the part of the Iraqi forces and their Iranian-backed militia allies. It was only after tens of thousands of Iraqi forces had been fought to a standstill by less than a thousand ISIS fighters holed up in the city that American airpower had to be employed to save the day, after which the city fell to the Iraqis.

Those two lessons were reinforced just weeks later as the Iraqis were unable to prevent ISIS forces from seizing the city of Al-Ramadi, the capital of Al-Anbar province – a mere 75 miles west of Baghdad. The Iraqi military and security forces continue to falter in the field.

There is one area that often goes overlooked – for several reasons, not the least of which is political. Many military analysts (me included) have assessed that among the Iraqi forces, the Iranian-backed militias are more effective. That is true as far as it goes, but if you consider the Kurdish Peshmerga units as part of the mix, the assessment changes.

The Kurds are easily the best fighters of them all.   It was the Kurds, backed by American airpower, that regained control of the Mosul Dam, a key infrastructure facility in northern Iraq that had fallen to ISIS when the Islamist group routed the Iraqi Army units in the city. Mosul remains in ISIS hands, but the dam and other parts of the countryside have been retaken by the Kurds.

The major problem the Kurds face is a lack of modern weaponry, especially heavy weapons – artillery, tanks, anti-armour missiles, etc. Because of our (short-sighted, in my opinion) commitment to the Shi’a-dominated, Iranian-influenced, poorly led government of Prime Minister Haydar Al-Abadi, all weapons and military equipment provided to any Iraqi units, including (or more likely, especially) the Kurds, must go through the defence establishment in Baghdad.

Unfortunately, the inept and almost certainly corrupt leadership in the Ministry of Defence provides very little of the materiel to the Kurds.  The Arab Iraqis – Shi’a and Sunni alike – have always been, and remain, wary of the Kurds and are sceptical of the Kurds’ commitment to the current makeup and sovereignty of Iraq.

The Turks view many of the Syria-based Kurdish militias as mere extensions of the Kurdistan Workers’ Party, known better by its Kurdish abbreviation, the PKK. The PKK has been designated as a terrorist organization by the United States and many of its allies.   The Iraq Arabs may in fact be right about the Kurds and their ulterior motives, but that is an issue for another day.

The current focus needs to be on the extermination of ISIS, or more politely put by President Barack Obama, to “degrade and ultimately destroy” ISIS. While the Iraqi Arabs do not seem to be capable of taking the fight to ISIS, the Kurds in both Iraq and Syria have demonstrated that they are not only capable, but willing, to do so.

By way of example, let’s look at how effective the Kurds in northern Syria have been. We are all familiar with the tenacious defence the Kurds put up in the small border town of Kobani. The failure of ISIS to take and hold Kobani is not only a testament to the fighting capability of the Kurdish Peshmerga, but validates the American tactic of using US-led coalition airpower – in this case extensive use of US Air Force B-1 bombers – in conjunction with indigenous ground forces. It also demonstrated that it is possible to have the Turks allow the Kurds in Iraq to provide weapons and materiel to their cousins in Syria via Turkish territory.

The map above illustrates what the Kurdish People’s Protection Units, more commonly known by their Kurdish initials as the YPG, have been able to accomplish against ISIS – albeit with considerable American airpower and some ground support from elements of the Free Syrian Army (FSA).   Even after the YPG success in forcing ISIS to withdraw from Kobani, ISIS still maintained two major lines of communications – its major logistics routes – from the Turkish border near the cities of Jarablus and Tal Abyad (west and east of Kobani, respectively) to its self-proclaimed capital city of Al-Raqqah, about 65 miles south of the Turkish border.

After the victory at Kobani, YPG forces began moving toward Tal Abyad from both the east and west. After an intense battle – with heavy American air support – the Kurds were able to seize the border city from ISIS on June 15, 2015. Tal Abyad had been in ISIS hands for almost one year.

After the Kurds had established themselves in Tal Abyad, they began to press their advance both southwest and southeast. Their ultimate target is Al-Raqqah, but there are intermediate targets as they move towards the ISIS capital.   With the fall of Tal Abyad, ISIS had lost one of its two major supply lines from the Turkish border to Al-Raqqah, forcing it to rely on the border crossing to the west of Kobani. That route goes south along the Euphrates River to the city of Sarrin, and after that across the desert via the strategic crossroads at Ayn Issa or continuing along a longer route along the river.

The Kurds, who live in this area, are well aware of the lines of communications and the road network. ISIS requires logistics to keep its “state” and “military” running – they also need to move money and contraband oil. The Kurds began to move towards the two key cities of Sarrin and Ayn Issa, hoping to cut ISIS off from its direct lifeline to the Turkish border and forcing it to rely on alternate lines of communications further to the west, areas where they are facing pressure from other armed groups.

With increased US airstrikes, the YPG was able to seize control of the city of Ayn Issa on June 23, along with a large Syrian Army base that has been used by ISIS, and the crossroads. This puts YPG fighters witihin 30 miles of Al-Raqqah. Also, Kurdish forces backed by some FSA fighters have surrounded the city of Sarrin, which lies in a key position north of the militant group’s de-facto Raqqa capital.

What does all this mean?   It means that there is an opportunity for the Obama Administration to “reset” (they are big on “reset buttons”) the strategy and tactics used to combat ISIS. The Kurds in both Iraq and Syria have demonstrated the ability to fight ISIS effectively. They have been able to repeatedly seize and hold territory, something the Iraqi government forces seem incapable of, or unwilling, to do.

The original Obama Administration plan to “degrade and ultimately destroy” ISIS was the use of airpower (overwhelmingly American) coupled with someone else’s “boots on the ground.” In Iraq, that was to be the retrained and re-equipped Iraqi Army.   In Syria, it was to be an initial cadre of 5,000 FSA fighters who would be trained and equipped by the United States. That hasn’t worked out well (I am being polite – it has been an abject failure).

What has worked, however, is the use of the Kurdish Peshmerga in Iraq and the Kurdish YPG in Syria. Both have been effective on the ground against ISIS, and both have worked effectively with American air support.   In Iraq, we should quit our current focus of attempting to train/retrain Iraqi soldiers who just don’t seem interested in fighting to save the Sunni Arab portions of Iraq. We also should withdraw any support or equipment that might benefit or fall into the hands of the Iranian-backed – and Iraqi government-supported – Shi’a militias.

All the support efforts – including training, equipment, air support, and logistics support etc. should be directed to the Kurds, without any interference from Baghdad. I would assess the Iraqi government in Baghdad as being part of the problem, not part of the solution. This is really no longer about Iraq and its half-hearted – and I am being generous – efforts to create an inclusive government or to field an effective army capable of retaking Iraqi territory.

For Syria, the Administration should “reset” as well, this time shifting its training and equipping resources to the Kurds. They are willing to fight ISIS, while the FSA is more focused on the removal of Bashar Al-Assad – we can worry about Bashar after ISIS is gone.   Some detractors – including the Turks – will claim that this change will embolden the Kurds and fan the flames of Kurdish nationalism, and only stoke their desire for their own homeland. And the downside with that is…?

Time to back the winners for a change. 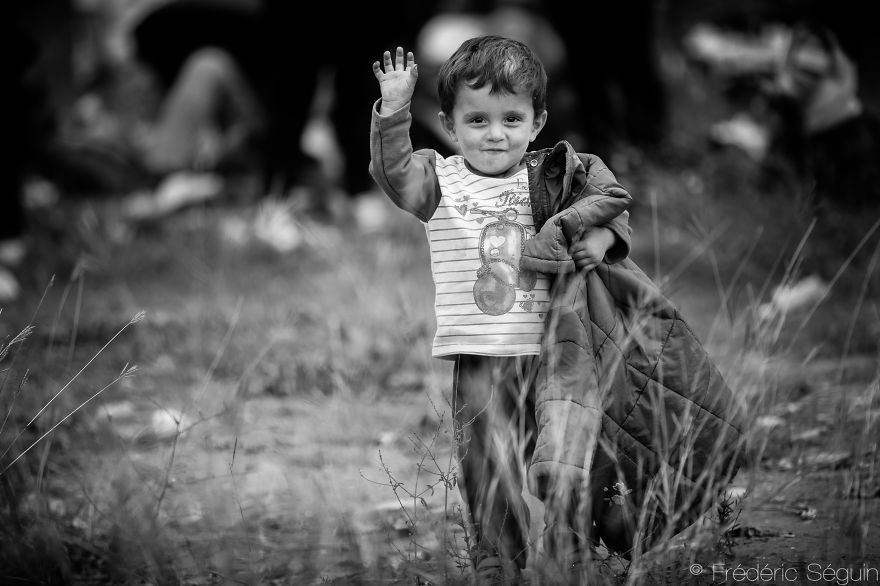 Smiles in Exile – Syrian Children Can Tell It All 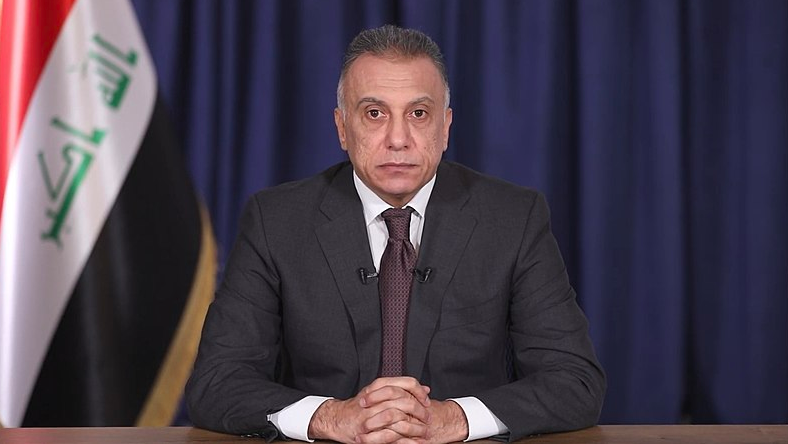