Friday, June 26, 2015 was a day of horror. In the seaside resort of Sousse in Tunisia nearly 40 sunbathing tourists were mown down by gunfire; earlier that morning a decapitated head was found at the scene of a terrorist attack near Lyon, France; around noon, a suicide bomber in Kuwait killed at least 25 people worshipping at a Shia mosque. Meanwhile Islamic State (IS) fighters slaughtered at least 200 people during an attack on the Syrian town of Kobane – an attack that was mercifully repelled by Kurdish Peshmerga fighters.

Were the incidents of June 26 intended as a grotesque commemoration of the first anniversary of IS, which self-proclaimed itself on June 29, 2014? They were certainly in the same order of bloodthirsty barbarity as the succession of inhumane and philistine IS acts that have dominated the world’s media, and shocked and sickened decent people everywhere, for the past twelve months.

What is IS, and what does it seek? IS claims to be re-establishing the caliphate of the early days of Islam, and declares its intention first to entrench its rule over Iraq and Syria, then to extend its sway over the Middle East as a whole, and finally to impose its version of sharia (Islamic law) on the entire world. Mainstream Muslim opinion rejects IS’s pretension to represent a worldwide caliphate, and refuses to acknowledge its leader, Abu Bakr al-Baghdadi, as caliph over all Muslims. It refutes his assertion that “the legality of all emirates, groups, states, and organisations, becomes null by the expansion of the caliphate’s authority and arrival of its troops to their areas”.  There is a general consensus in the Muslim world, Sunni and Shia constituents alike, that Baghdadi’s pretensions are absurd, and that the ruthless and vicious savagery of IS’s terrorist activities against communities and individuals represents a perversion of Islam.

So far the world’s response to the global jihad waged, sponsored and fed by IS, has been woefully deficient. Politically hampered by the unhappy results of its incursions into Afghanistan and Iraq, the West has taken half-hearted action against IS in Iraq and Syria under the less-than-inspiring banner of “No boots on the ground”. Personnel sent in to train local forces, allied to air support for local military offensives, have produced little by way of positive results, and IS continues to go from strength to strength.

But IS’s bloodthirsty onslaught on the civilized world – its strategy in its preposterous struggle to dominate the globe – simply cannot be allowed to continue, and at last influential voices in the West are beginning to proclaim the obvious: Islamic State can and must be defeated militarily. Only when it is totally vanquished, and the areas in Iraq and Syria that it has occupied are liberated, will the baleful influence that IS exercises over so many vulnerable young Muslim people be exorcised. And of course, if a West-led coalition can muster the will, it certainly possesses the military might to overwhelm, crush and annihilate IS. Israel’s former prime minister, Ehud Barak, may be a tad optimistic in asserting that it could be defeated in a matter of days, but that it could be defeated reasonably speedily is certain.

In the US a pair of Senators – one Democrat, the other Republican – have just launched an attempt to force Congress to provide the administration with specific authority for the fight. Democrat Timothy Kaine and Republican Jeff Flake have introduced a Bill that would authorize military force for three years against Islamic State and “associated forces”. President Obama appears to favour the initiative.

In the UK, Lord Dannatt, former head of Britain’s armed forces, has called for British troops to be deployed on the ground to fight IS in Iraq and Syria.

Even the Vatican, appalled by the beheading by IS of 21 Coptic Christians in Libya, has declared that the jihadists must be stopped. Archbishop Silvano Tomasi, the Vatican’s top diplomat at the UN in Geneva, said: “What’s needed is a co-ordinated and well-thought-out coalition to do everything possible to achieve a political settlement without violence. But if that’s not possible, then the use of force will be necessary.”

How right he is – though the idea of reaching “a political settlement without violence” with IS is clearly a pipe dream. But “a co-ordinated and well-thought-out coalition”, especially if led by the US, certainly would be a desirable basis for a massive onslaught against the forces of IS.

The template for such a strategy has thoughtfully been supplied to the world by the proactive new monarch of Saudi Arabia, King Salman. Faced by the militant Iranian-backed rebel organization, the Houthis, rampaging through Yemen – his country’s backyard – he put aside any past disagreements with Muslim states and quickly assembled a coalition of no less than twelve of them, not only in the Middle East but including Malaysia and Senegal. He then led an air-backed military strike against the rebels, forcing them very quickly to a truce.

Most of the countries in Salman’s coalition would be prepared to join a new US-led alliance dedicated to destroying IS in Iraq and Syria, for most are as opposed to IS as to Iran. No Muslim nation would wish to see self-proclaimed Caliph Baghdadi lording it over their territory, or even stirring up supporters within their borders.

Turkey would have its own, additional, reasons for participating, for President Recep Tayyip Erdogan is already reported to be preparing to send a force of perhaps 18,000 troops into Syria. It would have twin objectives: to establish a buffer zone along the border so as to accommodate refugees on Syrian rather than Turkish soil (Turkey has accepted some two million since the start of the Syrian civil war), and to prevent the emergence of a Kurdish state on Turkey’s doorstep by blocking the two current zones of Kurdish control from joining up. “We will never allow the establishment of a state in Syria’s north and our south,” said Erdogan recently.

Turkey is not alone in actively considering armed intervention against IS. Jordan – another member of Salman’s anti-Houthi coalition – is also reported to be drawing up plans to establish a safe zone in southern Syria, following concerns that IS could take over territory close to its border if the Assad regime was to withdraw from the city of Deraa.

The mood music is changing. The accepted Western view – that putting Western boots on the ground of Iraq or Syria would be seen as “an army of occupation”– is being challenged on all sides. The time for indecisiveness is over. If the world is to be freed from the madness of IS, the time for positive action is now. 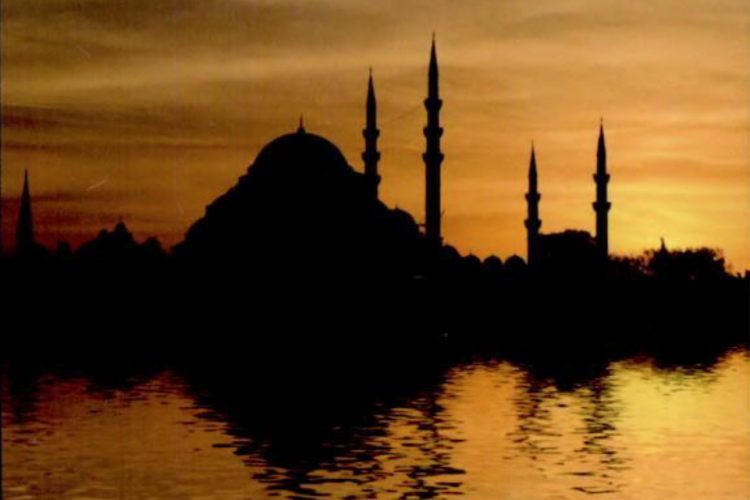