A new broom sweeps clean – that’s how the adage runs. To see the precept in action look no further than King Salman bin Abdulaziz of Saudi Arabia. In the four short months since he ascended the throne, he has emerged as a startlingly proactive player on the Middle East scene.

Immediate and surprising initiatives were the last thing that international opinion expected of the new monarch. The Saudi royal family had long been renowned for its conservative approach to public affairs. Change proceeded, if at all, at a snail’s pace. There was no reason to suppose that 79-year-old Salman, Crown Prince since 2012, would deviate from the approach, let alone the policies, of his predecessor and half-brother, King Abdullah. He astonished everybody.

“King Salman,” said UN Secretary-General Ban Ki-moon, a few weeks into his reign, “has accomplished in 10 days tasks that usually take new leaders 100 days.”  Ford M. Fraker, a former United States ambassador to the kingdom, followed that up with: “Now, suddenly, change has become the norm.” Those remarks referred merely to the tranche of administrative and governmental changes Salman announced within a few days of assuming power. Much more was to follow.

His first step was to streamline the kingdom’s top-heavy government machine. He abolished 12 secretariats, including the National Security Council, and replaced them with two high-powered bodies: The Council of Political and Security Affairs (CPSA) and the Council for Economic and Development Affairs (CEDA).

This dramatic reorganisation was reinforced by Salman’s settling of the royal succession. The CPSA was to be headed by Salman’s nephew, Mohammed bin Nayef, 55, whom Salman nominated as Crown Prince and his eventual successor. The CEDA was to be under the leadership of his 30-year-old son, Mohammed bin Salman, who was designated deputy crown prince. In one sweeping gesture, Salman had not only stabilised the future royal governance of the nation, but had radically reformed the administration.

If forceful and enterprising initiatives marked his domestic policy, he was to prove just as proactive in foreign affairs. He had been on the throne for barely two months when, to the astonishment of world opinion, he put together a coalition of ten Muslim countries and ordered the formidable Saudi military machine into operation in Yemen. At last decisive action was being taken against jihadists and terrorists. How different from the vacillation and irresolution that has marked the reaction of most of the rest of the world to the overweening ambition and inhumane, brutal and bloody behaviour of such groups as Islamic State (IS).

Salman took in his stride the concept of “boots on the ground” – the step that deterred western powers from decisive action against IS in Syria and Iraq. Knowing the mind-set of his fellow Arabs far better than the gurus and political advisers in far-off Washington or London, Salman was aware that anything less than a demonstration of superior force would be ineffective. A combination of National Guard troops and massive air-strikes was launched against the rebel Houthi forces, backed by Iran, that had conquered great swathes of the country including the capital Sana’a. As elsewhere in the Middle East, the battle was essentially a proxy for the age-old conflict between the Sunni branch of Islam (represented by Saudi Arabia and its king, the Custodian of the Two Holy Mosques, namely Mecca and Medina), and those of the Shi’ite persuasion (represented by Iran and its Supreme Leader, Ayatollah Khamenei).

The mark of the good leader is to be nimble-footed. The decision by Pakistan not to engage directly in the conflict required a tactical re-think by the pragmatic Salman. He decided to close down his Operation Decisive Storm, as he had dubbed it, and replace it by a campaign called “Restoring Hope”, nominally aimed at rebuilding Yemen. Nevertheless the struggle to oust the Houthis and restore President Abdu Rabbu Mansour Hadi, exiled in Riyadh, continued. On May 27 Reuters reported the deadliest day of bombing by Saudi-led air strikes in over two months of war in Yemen.

Pragmatism marks Salma’s approach in other spheres of his foreign policy. Saudi Arabia had long regarded the Muslim Brotherhood as a fundamental threat to regional stability. Salman’s predecessor, King Abdullah, branded the Brotherhood a terrorist organization, and cooperated with Egypt in trying to suppress it. Because fellow-Sunni states Turkey and Qatar supported the Brotherhood, relations with them remained at arm’s length.

Salman took a clear-headed look at the new regional realities and decided that a triumphal Iran, soon to conclude a nuclear agreement with the US-led negotiating team and enjoy a further lifting of crippling sanctions, could not be allowed to benefit also from a successful Shi’ite rebellion in Yemen. His fear was that Iran would use Yemen as a base from which to foster unrest within Saudi Arabia’s own Shi’ite minority.

In short, Saudi opposition to the Brotherhood had become an unaffordable distraction to the far more essential business of curbing and restraining a rampant Iran. So Salman quietly discarded the kingdom’s traditional anti-Brotherhood stance, and in building his anti-Houthi coalition he successfully brought both Turkey and Qatar on side. Moreover, in Yemen he allied himself with Islah, a Muslim Brotherhood political party. Islah, which has a long history of conflict against the Houthis, was Salmam’s most feasible ally on the ground.

In the few short months since he ascended the throne, Salman has shown himself to be a pragmatic man of action in both the domestic and foreign arenas, willing to discard outworn practices and adopt unconventional methods in pursuit of well-considered strategic objectives. He needs to turn his attention back to the home front, and to consider whether the application of sharia law can be brought more into line with what the world expects of a civilized country. In a recent report Amnesty International maintains that court proceedings in Saudi Arabia fall “far short” of global norms of fairness, while trials in death penalty cases are often held in secret with defendants rarely allowed formal representation by lawyers.

The number of public executions in Saudi Arabia in the first five months of 2015 exceeded the total for the whole of 2014. So far 88 individuals have been executed in public – most beheaded by sword – for offences such as drug trafficking, murder, apostasy and sedition. The upsurge seems set to continue, for last week the government advertised for eight more public executioners.

Saudi Arabia’s new broom has a lot of sweeping yet to do. The question is – does he even want to try? 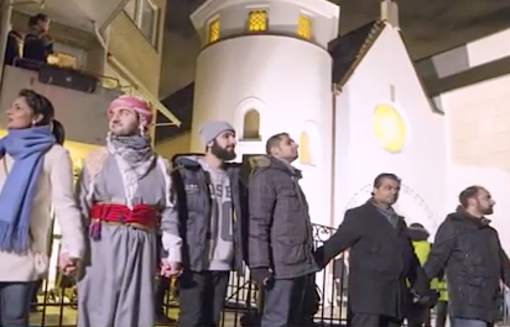