The Israel Defence Force (IDF) is the most powerful military in the Middle East, a new study by New York-based technology and news website Business Insider found. The Israeli army is followed by the armies of Turkey, Saudi Arabia and the United Arab Emirates. Iran’s army is ranked fifth.

Israel’s narrow borders and small territory gives the country little to no strategic depth, meaning that there is no room to absorb a major ground invasion, retreat and regroup for a counterattack. Any major attack from the East (Jordan and Iraq), North (Syria and Lebanon), or South (Egypt) that penetrated Israeli defences could reach metropolitan Tel Aviv and Israel’s Mediterranean coast in a matter of  hours, ending national sovereignty. These factors combine to make Israel one of the most militarily vulnerable countries in the world, leaving the Jewish state with few options other than military strategies – that emphasize pre-emption and deterrence – which dictate Israel’s aggressive strategic combat doctrine.

Iranian Supreme Leader’s top adviser for international affairs Ali Akbar Velayati warned that Washington plans to disintegrate regional states into smaller countries to make them weak and guarantee Israel’s security. “The US is after implementing its plot to create a Greater Middle-East whose aim is disintegrating Iraq into three countries and dividing Syria into five states in a bid to downsize countries to provide security to the Zionist regime,” Velayati said.

Since 1986, Israel has been protecting its 200 nuclear warheads under the cover of its doctrine of nuclear opacity or the bomb in the basement. Its nuclear arsenal albeit undeclared has given the Israeli military a back-up confidence against other Arab states in the region. And it is also reasonably estimated that during the past three decades, the Israeli military has gained or revitalized its manifold operational capabilities.

Although Israel’s defence budget is not the highest in the region ($15 billion compared with Saudi’s $56.7 billion or Turkey’s $18.1 billion), other factors make the small army into a force to be reckoned with in the most volatile area in the world, the study said.

First and foremost, “A close defense relationship with the US and an energetic domestic defense industry give Israel a qualitative edge over all of the region’s other militaries,” the study noted.

The analysis also pointed out that “Israel has space assets, advanced fighter jets, high-tech armed drones, and nuclear weapons and its air force has incredibly high entry and training standards.”

“Pilot to pilot, airframe to airframe, the Israeli air force is the best in the world,” Chris Harmer, a senior naval analyst at the Institute for the Study of War, told Business Insider.

The report also pointed out that Israel has one of the region’s most battle-ready conscription-based armies, which has 176,500 active frontline personnel, 3,870 tanks and 680 aircraft. The IDF’s small size also plays in its favour, according to the report, as it can mobilize its reserves quickly on a relatively short notice.

The rankings were based on a “holistic assessment” of the region’s militaries’ operational capabilities and hardware, Business Insider said. These assessments were based on the media outlet’s own research, and on interviews with two experts: Patrick Megahan, from the Foundation of Defence of Democracies’ Military Edge project, and Chris Harmer, senior naval analyst at the Institute for the Study of War.

Among the reasons for Israel’s ranking, Business Insider listed the IDF’s proven track record in successfully fighting both conventional armies, like Syria and Egypt in 1967 and 1973, and the Palestinian militant groups.

While the US has the military channel on cable, the role of the military in national culture is rather limited. The IDF is responsible for all sorts of media, including television programs, print publications, a popular Israeli radio station, and even broadcast TV concerts.

Additionally, the army serves as a national educational institution on both a macro and micro levels; since Israelis are drafted directly after high school or a pre-army program; every soldier receives educational programs as part of their training. Most commonly these programs include national history, including major wars and military operations, values and character building (Ruach Tzah”l), first aid in civilian settings, and often educational trips to various locations and historical sites within the country.

In high schools, the army operates classroom educational programs, including a weeklong pre-army program on an army base, called Gadna, as well playing a role in the Israeli Scouts. On a more focused level, the military also has a high school completion course for soldiers who didn’t finish 12 years of primary education, an intensive Hebrew language course for soldiers needing language training (often volunteers and new immigrants), a Judaism conversion course, and a course for soldiers with childhood disciplinary problems, to name a few.

There are additional programs for volunteerism and other forms of work and education, such as Nachal. Combined, this role as an educational and cultural torchbearer on a national level requires an enormous amount of staffing, but also provides unique opportunities unavailable in other militaries.

It is impossible to compare the Israeli army to the US military because forces spread throughout different branches of the US defence establishment are concentrated under the auspices of the IDF.

While external intelligence agencies do exist in Israel, the vast majority of the intelligence community exists within the framework of the army, as opposed to an alphabet soup approach of the FBI, CSI, NSA, etc. Whereas in the US, the borders are guarded by separate border patrols (or, as it appears to many, no one), the army guards every centimetre of land and maritime border. As has been mentioned, nearly every border is shared with opposing neighbours or an area with active terrorist groups, such as Sinai. Securing these borders well requires a lot of manpower.

While there is a specific border police unit (Maga”v), most of their operations occur within the West Bank (though they do work sporadically on some borders) and they are also a part of the army.

Finally, functions provided by the Department of Homeland Security, FEMA, and various other agencies are centralized in the army’s Home Front Command. Search-and-rescue, emergency response, security at civilian institutions, civilian preparedness, and other auxiliary tasks are the responsibility of the army itself. This wide scope of operations makes it more difficult to compare the size of the army apples-for-apples, but also helps to explain the large size.

People who do nothing (and get paid for it!). With all of this work, there are not enough non-combat jobs for Israeli youth. The observers have personally seen soldiers in uniform get released from the base immediately after arrival at work and spend the whole day in a shopping mall. Other soldiers play on their phones all day (I witnessed one use her phone so intensively that it ran out of battery before 9am), or stand as greeters at entrances to bus and train stations, malls, bases, etc.

Strategically, as mentioned by other scholars, a glance at a map reveals a lot of malice regionally. The army maintains sizable, but not gigantic, forces of combat soldiers in mandatory service, reserves, as well as intelligence roles to secure the safety of Israel’s citizens.

Israel’s ground, air, and naval forces, known as the Israel Defence Force (IDF), fall under the command of a single general staff. Conscription is universal for Jewish men and women over the age of 18, although exemptions may be made on religious grounds. The US and Israel participate in joint military planning and combined exercises, and have collaborated on military research and weapons development.

On a bilateral level, relations between the United States and Israel are continually strengthening in every field. There are bilateral science and technology efforts; the US-Israeli Education Foundation; the Joint Economic Development Group; the Joint Counterterrorism Group, designed to enhance cooperation in fighting terrorism; and a high-level Strategic Dialogue.

There are approximately 150 US service members and defence personnel at various assignments in Israel, though there are no US bases there. Additionally, the US and Israel have several agreements including: Joint Political, Security, and Economic Cooperation; Acquisition and Cross-Servicing; Status of Forces; Prevention of the Supply of Arms and Related Materiel to Terrorist Groups; War Reserve Stockpile for Allies; U.S.-Israel Reciprocal Defence Procurement; and others. Israel participates in various engagements and exercises with the U.S. military including: Sentinel Star, pilot exchange, Noble Dina, and others.

Upon closer examination, the real truth begins to emerge: That the support network behind Washington’s “Moderate Rebels” and terrorist groups fighting to depose the Assad government in Syria – is an inter-agency network, comprised of many contributing covert intelligence agencies, including the CIA, MI5/6, Mossad, France, NATO, Jordan and Saudi Arabia.

21WIRE reported back in December 2014 and again in January 2015, how the State of Israel has consistently provided both material, medical relief and IDF airstrike support to various terrorist and ‘rebel’ insurgents fighting in Syria.

According to the United Nations Documents on UNDOF (official UN source) Israeli interactions with the Syrian rebels have been documented. If the international community were to pull-up Israel on this fact, they would do what Washington, Saudi Arabia and others have done – which is claim they are only dealing with the fictional “moderate rebels” – a number of whom have been shown time and time again – to be defecting over to ISIS.

Israel may very well believe that it is acting in the interest of its national security by adopting the axiom, “the enemy of my enemy is my friend”. 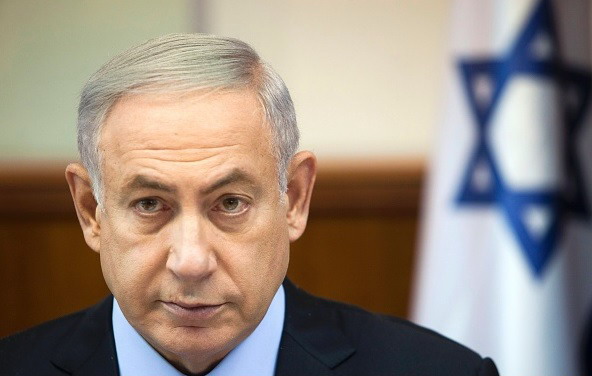