The name of the game is power politics. France was a major presence in the Middle East following the First World War, but has been on the retreat ever since, as decolonization has taken hold. Now France has seized an opportunity to reassert itself and take centre stage, probably seeing itself in competition with Russia to fill the power void left in the Middle East by President Obama and his misplaced policy of disengagement.

France’s chosen subject? The interminable Israeli-Palestinian dispute. Its proposed course of action? A multi-nation conference, excluding the principals, to be held in Paris, tasked with setting the parameters for a second peace conference to which Israel and the Palestinians would be invited. There, one presumes, the end game would be to present both sides with the conclusions agreed at conference number one, and pressure them into acceptance.

The problem with this scenario is that originally France announced that if the two sides failed to reach an agreement, France would formally recognize Palestine as a sovereign state. As Israel’s prime minister, Benjamin Netahyanu, was quick to point out, this intention immediately removes any incentive from the Palestinian side to negotiate at all. On the contrary, it provides them with an in-built excuse for ensuring the negotiations fail. Reports indicate that France has wisely pulled back somewhat from its early position on this. Has it pulled back far enough?

This latest initiative of France has a history behind it. As one of the victors of the First World War France, together with Britain, gained the League of Nations’ backing to the secret Sykes-Picot deal, reached in 1916, which envisaged carving the vast Ottoman Empire into French and British spheres of influence. France’s direct participation in the creation of the modern Middle East has meant that for the last hundred years it has involved itself in the politics of the region. So it is not surprising that it has seen itself as a possible facilitator of an Israeli-Palestinian peace accord.

Back in August 2009, when it was clear that newly-elected US President Obama was intent on relaunching peace talks between Israel and the Palestinians, then-French President Nicolas Sarkozy offered to host an international conference to facilitate the peace process. The event would, of course, be held in Paris. He went so far as to issue invitations to leaders from concerned countries, including Israel, Palestine, Egypt, Lebanon and Syria.

In January 2010, as Obama’s efforts to bring the parties to the negotiating table were inching their painful way forward, Sarkozy repeated his offer. Resumption of the peace process was dubbed a French “priority”, and a Paris-located international conference was perceived as a positive path towards achieving it.

This prescription – obsession would be too harsh a designation – persists in French thinking. It reappeared in December 2014, when France took the lead in drafting a Security Council resolution outlining proposals for an Israeli-Palestinian final-status deal. The formula incorporated a two-year timetable for completing negotiations and (one is tempted to remark “ça va sans dire”) an international peace conference to take place in Paris.

France’s then foreign minister, Laurent Fabius, played the same tune, with minor variations, on a visit to the Middle East in June 2015. His aim was to sell the idea of a French-led initiative to reboot the peace process, with backing from an “international support group” formed by the European Union, Arab nations and UN Security Council members.  The formula he presented to the UN Security Council was vetoed by the US.

Undeterred by this setback, France has bounced back with a new proposal centering on not one, but two, Paris-based conferences. The intention clearly is to position France fairly and squarely as a prime mover and shaker in resolving the Israeli-Palestinian dispute, and perhaps in achieving an even wider formal détente between the Arab world as a whole and Israel.

Acceptances for conference number one already include not only the Middle East Quartet (representing the UN, the US, the EU and Russia), but also US Secretary of State John Kerry, the Arab League, and at least Egypt, Saudi Arabia and Jordan.

Shorn of the tempting titbit of recognition of a sovereign Palestine should the second conference fail to produce an agreement, France’s initiative makes a lot of sense. History proves beyond a peradventure that face-to-face talks between Israel and the Palestinians based on a two-state solution always fail – and must fail. No Palestinian leader could ever sign up to it. Not Yasser Arafat, nor Mahmoud Abbas, nor anyone who might succeed Abbas, dare sign an agreement that recognizes Israel’s right to exist within “historic Palestine”. To concede that Israel has an acknowledged and legitimate place within Mandate Palestine would instantly brand him a traitor to the Palestinian cause, and would probably be more than his life was worth.

No, face-to-face talks have been tried to destruction. As far as reaching a negotiated peace is concerned, the Palestinian Authority acting as a sole principal is a busted flush. So France is right in seeking a much wider consensus – Arab-wide through the Arab League, and world-wide through the UN and related groups – on the future geo-political configuration of what was Mandate Palestine, starting from the presumption, notably absent in the Palestinian narrative, that Israel is here to stay. Should the first conference agree parameters for subsequent final status negotiations, the Palestinians would be provided with the cover necessary to acquiesce in deed, as well as in word, to a two-state solution which provides Israel with a copper-bottomed guarantee of its security.

The success of France’s initiative stands or falls on how seriously conference number one takes on board Israel’s security needs in any two-state solution – or in any extension of that concept that might be put before conference number two, such as an Israel-Palestine confederation, or even a three-way Jordan-Israel-Palestine confederation. Each possibility would deliver a sovereign Palestine, but the last could also ensure high-tech, state-of-the-art security for all three nations against Islamist extremist groups such as Hamas or Islamic State – both already knocking on Israel’s and Jordan’s doors – that would surely pounce on a new, weak, sovereign Palestine.

Related tags : FranceIsraelMiddle EastPalestinepeaceUNUSWhat is France up to in the Middle East? 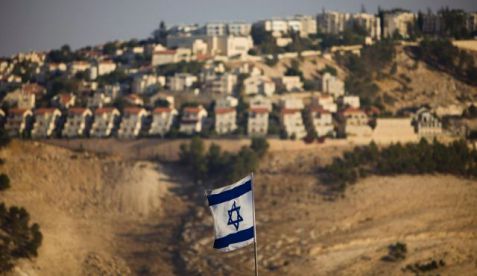 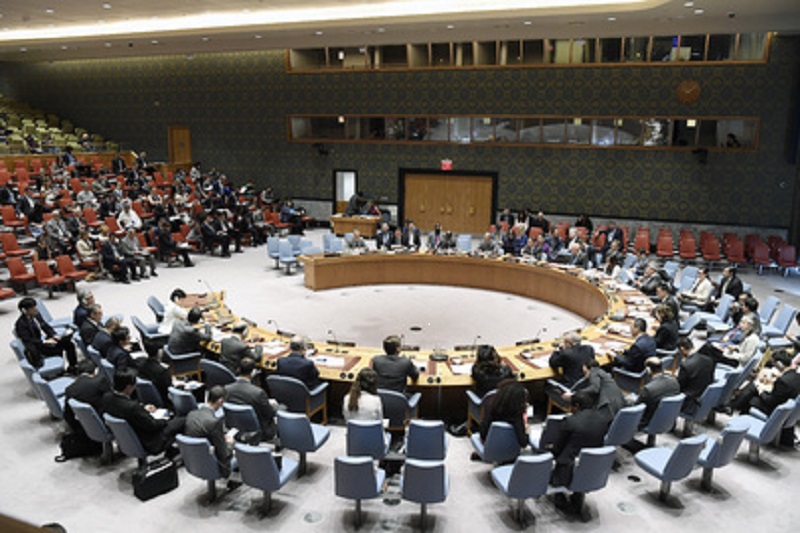 Egypt called on the UN Security Council and its relevant committees to document repeated violations by some countries, particularly Qatar, of the sanctions imposed on Libya. Egypt accused Qatar of a
Read More