Slowly, and much to the distaste of Turkey’s President Recep Tayyip Erdogan, the possibility of a united autonomous Kurdistan stretching across the northern reaches of Syria and Iraq is emerging.

The capture of the township of Manbij from Islamic State (IS) on 12 August 2016 produces along Turkey’s southern border an uninterrupted swathe of territory controlled by the Syrian Democratic Forces (SDF) – an alliance of Arab and Kurdish militias.  This area joins seamlessly with Iraq’s Kurdistan Region, the Kurdish populated area granted autonomy in Iraq’s 2005 constitution.

Just as the artificial boundaries and borders imposed on the Middle East by the victorious allies after the First World War are laughed to scorn by Islamic State (IS) in declaring its caliphate, so any united autonomous Kurdistan – if such an entity were ever to come into existence – would have to sit fairly and squarely across what now constitute the internationally recognised borders of Turkey, Syria. Iraq and Iran.

Iraq’s Kurdistan contains about 5 million of the world’s approximately 30 million ethnic Kurds; the liberated region in Syria about 2 million.  Most of the rest reside in the areas immediately adjacent to Kurdistan’s northern and eastern borders, in Turkey and Iran respectively – both of which are deeply opposed to any suggestion of granting Kurds independence, or even autonomy on the Iraqi model.

It was in August 1920, shortly after the end of the First World War, that the dissolution and partition of the Ottoman Empire were incorporated into the Treaty of Sèvres. That Treaty, made between the victorious Allied powers and representatives of the government of Ottoman Turkey, abolished the Ottoman Empire and obliged Turkey to renounce all rights over Arab Asia and North Africa.  Moreover, it required a referendum to be conducted to decide the issue of the Kurdistan homeland.

Sèvres was very quickly rendered null and void by the establishment in 1922 of the Turkish Republic under Kemal Ataturk. The result was a new treaty, the Treaty of Lausanne, which gave control of the entire Anatolian Peninsula, including the Kurdistan homeland in Turkey, to the new republic.

Kurdish nationalism emerged largely as a reaction to the secular nationalism that revolutionized Turkey under Ataturk.  The first of many violent uprisings occurred in 1923 and, after 20 more years of struggle, Mullah Mustafa Barzani emerged as the figurehead for Kurdish separatism. Years of rebellion in Iraq ended with a peace deal between the government and the Kurdish rebels in 1970, granting recognition of their language and self-rule, though clashes over control of the oil-rich area around Kirkuk continued.

When Barzani died in 1979, the leadership of the KDP passed to his son, Masoud.  But a new – and, as it turned out, rival – force had emerged in Kurdish politics with the founding by Jalal Talabani of the Patriotic Union of Kurdistan (PUK).  During the Iran-Iraq War, which began in 1980, the KDP sided with the Iranians against Saddam Hussein and Kurdish Peshmerga troops helped launch an offensive from the north. In retribution Saddam ordered the notorious poison gas attack on the Kurdish town of Halabja, during which some 5,000 civilians were massacred.

The journey towards a unified Kurdish movement in Iraq, bedevilled by internal politicking, was long and bitter. In 1994 a power-sharing arrangement between the KDP and the PUK fell apart, leading to two separate administrations in Erbil and Sulaymaniyah and a no-holds-barred civil war for control of the Kurdish-dominated parts of northern Iraq. Finally, in 1998, Barzani of the KDP and Talabani of the PUK agreed a peace treaty and signed a joint leadership deal. Eventually the PUK and the KDP set up a unified regional government, and Masoud Barzani became a member of the Iraqi Governing Council.

When the Americans invaded Iraq in 2003, the Kurdish Peshmerga troops joined in the fight to overthrow Saddam Hussein. After he was driven from office the Iraqi people, in a national referendum, approved a new constitution which recognized the Kurdistan Regional Government as an integral element in Iraq’s administration. Barzani was elected President of Iraqi Kurdistan in June 2005.

In Syria the civil war, which began in earnest in 2011 in an attempt to topple President Bashar al-Assad and his administration, brought the Kurds to the forefront of the region’s politics.  In early fighting Syrian government forces abandoned many Kurdish occupied areas in the north and north-east of the country, leaving the Kurds to administer them themselves. As early as October 2011, sponsored by President Barzani of Iraq’s Kurdish Regional Government, the Syrian Kurds established a Kurdish National Council (KNC) to press for eventual Kurdish autonomy. As in Iraq, political differences within the Kurdish community have resulted in a breakaway party, the PYD, challenging the national council.

The KNC is wholeheartedly in favour of establishing a Kurdish Regional Government in Syria, to mirror that in Iraq.  The PYD favours establishing a multi-ethnic administration in the areas of northern Syria captured from government forces. An uneasy truce between the two groups, brokered by Barzani in 2012, seems to be holding, despite a succession of incidents between them.

Is some sort of amalgamation of the Syrian and Iraqi Kurdish areas a practical proposition?

“We will never allow a state to be formed in northern Syria, south of our border,” declared Erdogan in Istanbul on June 26, 2015. “We will maintain our struggle whatever the cost. They are trying to…change the demographics of the region. We will not condone it.”

If anything like Iraq’s autonomous Kurdistan were to be established in Syria, and worse if it were to amalgamate with Iraq’s Kurdish Regional Government, it would feed demands by Turkey’s Kurds to be linked to it in some way.  This would be anathema to Erdogan, who has consistently opposed his domestic Kurdish separatist movement  – which explains why, on joining the US-led anti-IS coalition in Syria in July 2015, he began air-strikes against IS and the Kurds indiscriminately, tarring both with the terrorist brush.

Nevertheless Erdogan may have to bow to the politically inevitable, even if it causes him continuing domestic headaches with his substantial Turkish-Kurdish population.  Everything turns on what sort of Syrian entity emerges from the current conflict.

It seems highly unlikely that Syrian President Bashar Assad, even with combined Russian and Iranian support, will ever regain the whole of his former state.  Even the eventual elimination of IS in Syria, if that were ever to be achieved with the help of the US-led coalition, would scarcely be to Assad’s advantage, since the coalition is pretty well unanimous in wishing to see him deposed.  The anti-IS coalition, moreover, is highly indebted to the Kurdish Peshmerga forces, who have proved themselves outstandingly effective fighters on the ground.

When the conflict is eventually resolved, and the spoils of victory come to be disbursed, gratitude and common decency seem to demand that Syria’s Kurds are at last awarded their autonomy. In that eventuality, a unified Kurdistan would be one step nearer to fulfilment. 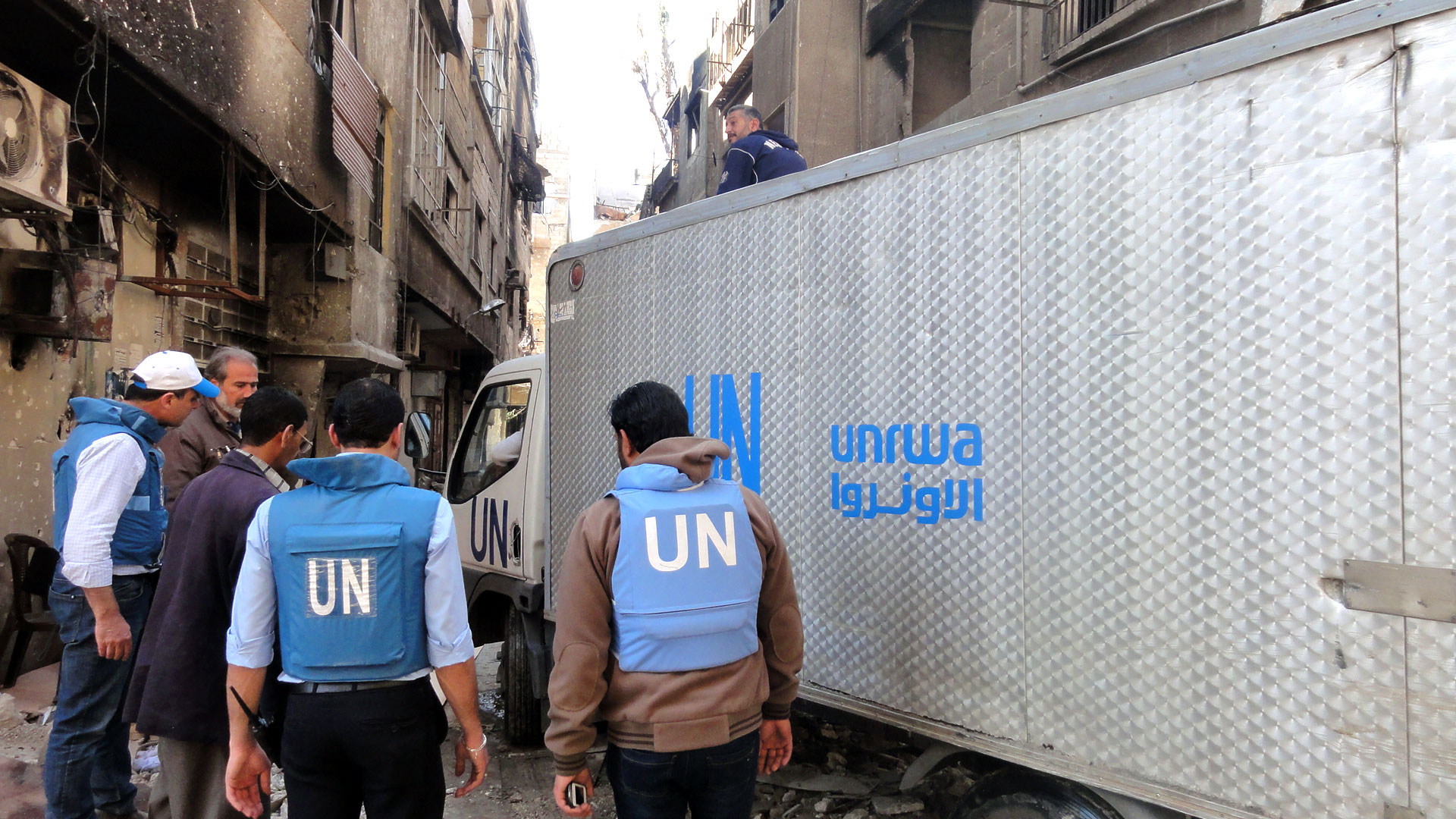