Where the Middle East is concerned – as in so many areas of policy, both domestic and foreign – President Obama and President-Elect Trump are poles apart.

It is only slowly, but with growing clarity over the eight years of his presidency, that the political assumptions underlying Obama’s Middle East policy, and the strategic objectives shaped by them, have emerged.

Obama made no secret of the fact that he came into office feeling guilty about America’s strength and its political record, and that he believed much was wrong with his country.  His apology tour began on April 3, 2009 in Strasbourg.  Throughout the nation’s existence, he said, “America has shown arrogance and been dismissive even derisive” of others.  If the power of the US could be reduced, he declared, then America would have the “moral authority” to bring murderous regimes such as Iran into the “community of nations”.  So, based on this reading of America’s past, some claim that he set about reducing the strength and authority of the US.

His mention of Iran at that early stage is significant.  A widely-held view among political analysts is that the “signature issue of Obama’s diplomacy”, as political scientist Amiel Ungar puts it, has been transforming US-Iranian relations.

Ungar traces this policy back to the 2006 Iraq Study Group headed by former US Secretary of State, James Baker, and former Democratic representative Lee Hamilton.  The great struggle of the time was against al-Qaeda, the Sunni Islamist terror organization that had been responsible for the 9/11 attacks, and was then totally disrupting American attempts to reconstruct Iraq.  Baker and Hamilton dreamed up the notion of fostering a working relationship between America and the two major Shia powers, Iran and Syria, and then to encourage them to fight al-Qaeda in pursuit of their own objectives, thus incidentally assisting America’s struggle.

Ungar believes that this recklessly flawed analysis is what has been behind Obama’s willingness to accommodate Iran on the political front, and to offer it major concessions on the nuclear issue. When the Obama administration came into office, its overt aim seemed to be to eliminate Iran’s potential to produce nuclear weapons. But, some political analysts now believe, it was in fact working to a different and secret agenda based on the Iraq Study Group’s recommendations.

During 2014 it emerged that in secret correspondence with Iran’s Supreme Leader, Obama actually attempted to engage Iran in the anti-Islamic State conflict.  In November the Wall Street Journal reported that Obama had written to Ayatollah Khamanei concerning the shared interest of the US and Iran in fighting IS militants.

“The October letter,” asserted the Wall Street Journal, “marked at least the fourth time Mr Obama has written Iran’s most powerful political and religious leader since taking office in 2009, and pledging to engage with Tehran’s Islamist government.”

By 2016 it had become clear that, in the process of facilitating Iran’s journey into the comity of nations, the Obama administration had boosted Iran’s efforts to extend its influence across the Middle East. In consequence the US had lost the confidence, and much of the respect, of its erstwhile allies such as Saudi Arabia, the Gulf States and Egypt, all of whom had good reason to regard Iran as their prime antagonist.

Did Obama’s placatory approach result in any softening of Iran’s visceral hatred of the “Great Satan”?  Not one jot. “The slogans ‘Death to Israel’ and ‘Death to America’, “ proclaimed Iran’s Supreme Leader, Ayatollah Khamenei, just after the nuclear deal was announced, “have resounded throughout the country…. Even after this deal, our policy towards the arrogant US will not change.”

So much for the assumptions and vain hopes of the Iraq Study Group, and for the policy of appeasement. Taking every concession offered in the nuclear deal talks, and subsequently reneging in several vital respects on the final agreement, Iran’s leaders have not budged an inch on their ultimate ambitions, namely to become the dominant political and religious power in the Middle East, to sweep aside all Western-style democracies, and to impose their own Shi’ite version of Islam on the whole world.

Two months after his Strasbourg speech, Obama chose Cairo University as the venue from which to address the Muslim world. Once again self-flagellation was the order of the day. Based perhaps on the Muslim influences of his father’s family and his own childhood in Indonesia, he spoke of past “colonialism” and the cold-war use of Muslim nations as “proxies”. He recognised past “humiliation”, and spoke of future “dignity” and “justice”. In a long passage on Israel-Palestine, Obama spoke of “Palestine”, not a “future Palestinian state.”

Although he condemned Muslim antisemitism and Holocaust denial as “baseless … ignorant …hateful”, condemned the terrorist methods employed against Israel by Hamas, and urged the Muslim and Arab world to embrace democracy and women’s rights, he was, in effect, attempting to put the US-Muslim relationship on a new footing. His tragedy is that for the rest of his presidency he chose the wrong methods and the wrong partners for this bold enterprise. His reluctance to deploy effective military action when it was clearly demanded – as in Syria, when Assad indiscriminately deployed chemical weapons, regardless of the effect on his own civilian population – and his backing of Iran and the Muslim Brotherhood, both sworn enemies of what might be termed “the stable Sunni world”, undermined America’s standing to an unprecedented degree.

Into the power vacuum swept Russia’s President Vladimir Putin, eager to enhance his influence on the world stage, to regain the USSR’s clout in the Middle East, and to bolster Russia’s interests in Syria, a long-time ally.

US President-elect Trump, a great admirer of Putin, has no time for “reducing America’s power” (quite the reverse), or Iran, or the nuclear deal that was a keystone of Obama’s administration. Whether he can “tear it up”, in his own words, is debatable, but he can certainly ensure that the Iranian regime observes the terms of the agreement meticulously – negligence in this area is something the Obama administration has been criticised for.

Trump admires Putin, and hopes to forge a new understanding between the US and Russia. Putin admires Trump, and is highly unlikely to allow his working alliance with Iran to stand in the way of consolidating Russia’s new powerful position in the Middle East with the backing of the USA. 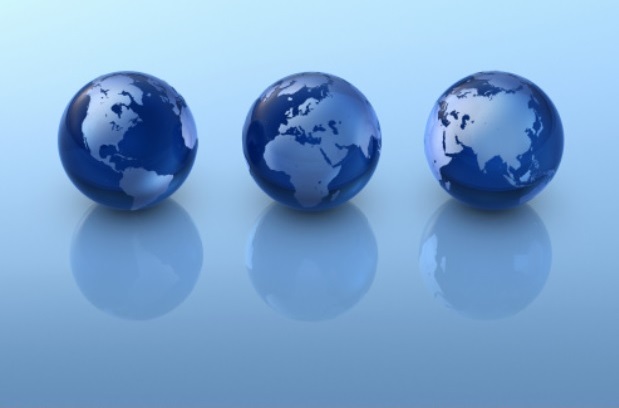