Trump’s victory was a real shock, not only for decision-makers in every single capital on this planet, but also to experts and observers who saw nothing but a landslide triumph for the democrats and Hilary Clinton. Shortly after his victory, statements splashed media and political corridors, and Donald Trump himself announced readiness to meet with Israel’s Prime Minister Netanyahu. Many Israeli officials didn’t shy out from saying that the Trump era will be the golden age for the Israeli- American relations and the odds for establishing a Palestinian state become nil.

In Israel, many politicians said they expected Trump to move the US Embassy from Tel Aviv to Jerusalem. Israeli Education Minister Naftali Bennett said with Trump’s presidency, there is a chance for Israel to “retract the notion of a Palestinian state.” In fact, with Trump’s victory, the negative repercussions of the so-called Arab Spring and the ongoing chaos in the Middle East served to broaden the clouds of doubt hanging over and led many Palestinian observers to have bleak outlook on the prospects of the peace process and the Palestinian cause in general. 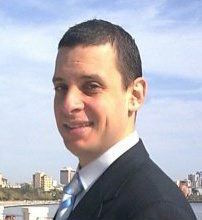 is a political Counsellor. He is a commissioning editor at e-International Relations and he is an Associate Research Fellow (ESRC) at the Institute for Middle East Studies- Canada. Elhusseini holds a PhD in International Relations from the University of Sunderland in Britain. He contributed with one chapter in a book entitled The Turkish Foreign Policy in the New Millennium and published a number of academic articles and papers. Elhusseini is a contributing writer for a number of magazines and journals and his articles appeared in scores of newspapers in English, French, Arabic and Italian. His research interests lie in international relations, Turkey, Arabs in the Middle East, the Middle East Peace Process and contemporary Islamic movements in the Arab World.

Those observers had reasons for pessimism. During the election campaign, Trump not only committed to moving the US embassy to Jerusalem, but also praised the Republican platform that omits past support for a two-state solution and calls Jerusalem Israel’s “indivisible” capital. Trump and his aides said that Israeli illegal settlements are not an obstacle to peace.

The main pillars of the President-elect’s campaign are staunch advocates and flagrant supporters of Israel and Netanyahu’s policies, such as John Bolton, and Rudy Giuliani, candidates for department of state, not to mention Newt Gingrich, and Michael Pence. Needless to say, Trump has been elected as a representative of a Party that enjoys the majority in the Congress and the Senate. In other words, the administration’s policies will receive support from both legislative institutions.

In spite of those indicators that led to Palestinian’s pessimism, I think it is indeed too early to judge the consequences of the election of Trump and whether this election will lead to a disaster on the Palestinian cause or else for a number of reasons.

First, the Israeli official statements carry a lot of exaggeration especially with regards to the possibilities of establishing a Palestinian state. Those statements are nothing but a psychological attempt that aims to put further pressure on the President-elect in order to fulfill his pre-election promises. This psychological campaign targets as well the Palestinian president at the aim of weakening his moderate front which embarrassed Israel internationally. That being said, I would not have expected different Israeli statements if Hilary Clinton was elected.

Second, regarding the chances of establishing a Palestinian state, it does not depend solely and exclusively on the name of the US president, but rather it is based on more in-depth givens; including the Palestinian dimension itself; internal conditions such as unity and steadfastness in face of the systematic Israeli practices directed to end the Palestinian presence on their land. It also depends on the Palestinian’s resilience and ability to cope with the international turnabouts and regional polarization. It likewise hinges on the international will and desire to end this conflict, and I don’t see that this moment has come yet. It contingent as well on Israel’s readiness to compromise and to accept exchanging peace now with unforeseen future threats in such turbulent region.

Third, it is true that the United States has the most influential role in the peace process, yet old habits die hard. In effect, US foreign policy neither counts on the name of the president nor is subject to drastic changes. US presidents have usually a small margin that allows them to shift slightly away from the broad, well-known and agreed upon lines of foreign policy that are drawn in advance. Perhaps the proximity (of course by a short distance) differs when the president is a Republican or a Democrat.

Although Trump enjoys Congress and Senate Republican majority, two facts should not be overlooked: first is that Trump himself has neither been part of the Republican elite nor its political structure. Until recently, his statements and positions aroused dissatisfaction and dismay by many traditional Republicans. Second is the importance of the role of the deep-state which has been setting up aforementioned broad lines of US policy.

At this juncture, one can say that the most critical challenge would be Trump’s ability to maneuver and distance himself from traditional US foreign policy broad lines. If he succeeds, this would constitute an unprecedented case in US decision-making history.

Any change in US traditional foreign policy broad lines will be evident not only on the Palestinian-Israeli conflict but also on the entire Middle East. If this to happen, it will usher a period of uncertainty in international affairs. In other words, a change that would reach other regions and will eventually have an impact on the whole US international relations network. By then, US relations with traditional allies and friends will be affected and the entire web of international relations may witness a revolution.

Perhaps the conjuring question would be: Can Trump match words with deeds? In other words, can Donald Trump move the US embassy from Tel Aviv to Jerusalem? Many US presidents said they would do during their campaigns, but when they took office they realized that such a decision contradicts with US traditional foreign policy broad lines. If Trump does so, then this would a fundamental turning point and a significant sign for unprecedented deviation from traditional US foreign policy.

Preliminary indications show that realpolitik comes to the fore and Trump will not stray far from known axioms of American foreign policy. His recent statement that he will work to reach a peace agreement between the Palestinians and the Israelis confirm that he has already begun reading the White House brochure for new presidents.

In a word, pragmatism asserts its rights. While it may be early to make judgments, it is crucial to admit that a Palestinian state is part and parcel of the internationally recognized two-state solution: the state of Israel and the state of Palestine. Any US president who is eager to see a more stable Middle East must work on making this solution achievable. Disregarding the realistic demands of either party would lead to more degradation of this solution and would eventually put the last nail in the coffin of the already-waning Middle East Peace Process.

This article also appeared in eastonline. The original in Arabic can be found HERE.