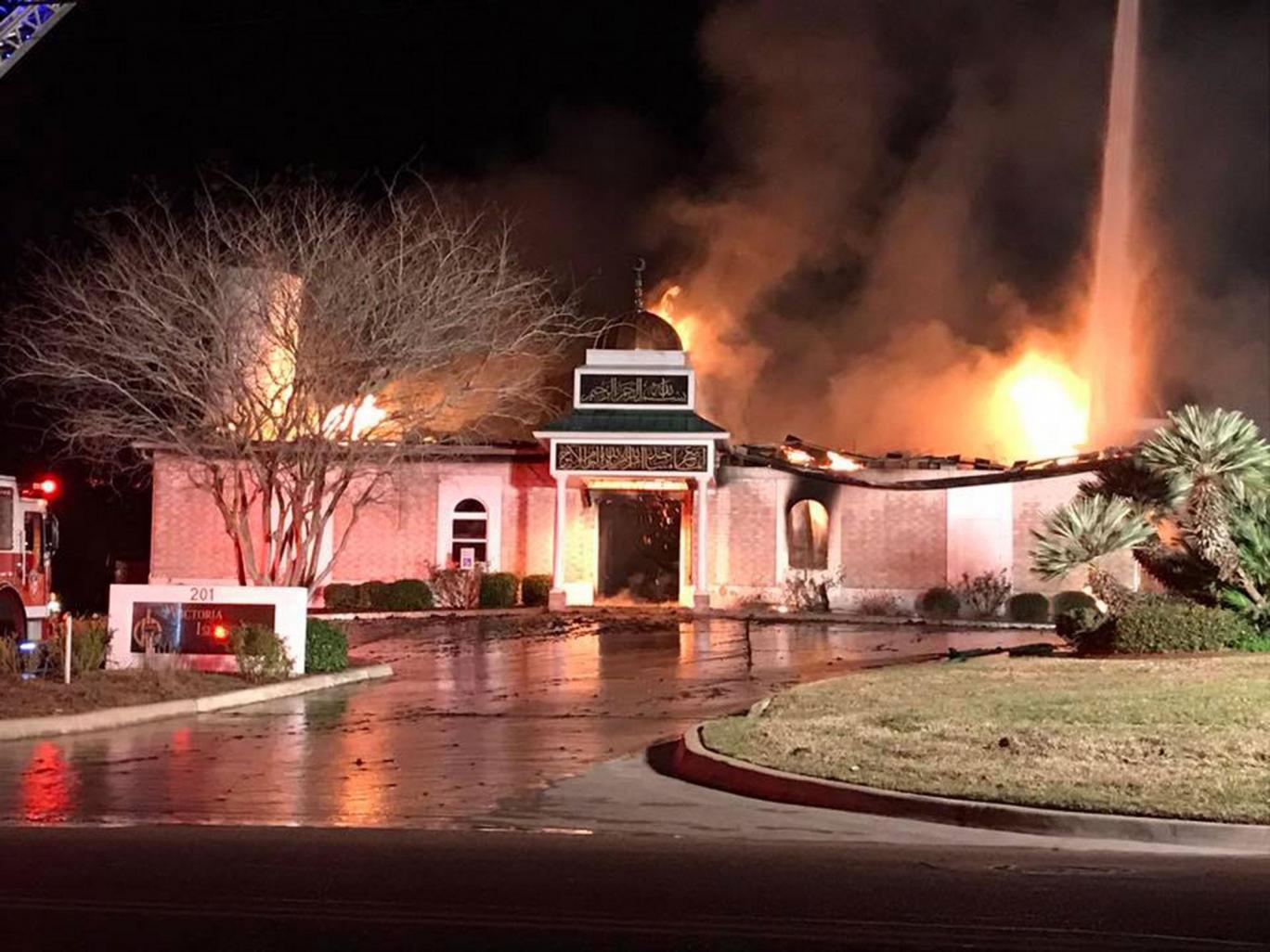 Jewish people in a small Texas city handed Muslim worshippers the keys to their synagogue after the town’s only mosque was destroyed in a fire. The Victoria Islamic Centre burned down on Saturday and had previously been burgled – the cause is being investigated by federal officials. But the town’s Muslim population will not be without a place to worship while their building is reconstructed, thanks to their Jewish neighbours.

Robert Loeb, the president of Temple Bnai Israel, told Forward: “Everyone knows everybody, I know several members of the mosque, and we felt for them. When a calamity like this happens, we have to stand together. “We have probably 25 to 30 Jewish people in Victoria, and they probably have 100 Muslims. We got a lot of building for a small amount of Jews.”

One of the mosque’s founders, Shahid Hashmi, said: “Jewish community members walked into my home and gave me a key to the synagogue.” The centre was built in 2000. Donations and an online fundraising campaign have raised more than $900,000 (£717,000) for reconstruction. The blaze was discovered at at about 2am on Saturday by a clerk at a convenience store, who called the fire department. It took around four hours to bring it under control and no injuries were reported.

The fire took place just hours after President Donald Trump announced he would ban citizens from seven Muslim-majority countries from entering the US, and halted the country’s refugee program for 120 days. Omar Rachid, who created the GoFundMe campaign, said: “Our hearts are filled with gratitude for the tremendous support we’ve received. The outpouring of love, kind words, hugs, helping hands and the financial contributions are examples of the true American spirit.”

This article also appeared in http://www.independent.co.uk.

Related tags : Jews Gave Muslims the Key to Their Synagogue