While forms of radicalisation have been on the rise worldwide, some young Muslims, especially in European prisons, seem to get caught up in religious fundamentalism, and increasingly become entangled in Jihadist ideologies such as that of ISIS.

Among other things, the increase of terrorist attacks and populism in Europe have made it more necessary to understand the ideological currents leading to extremism, as well as the political discourse around strategies of preventing radicalisation.

Radicalisation as a Phenomenon

While radicalisation is a process that can lead to both violent and non-violent extremism, it can be seen on the level of individuals, groups, communities, societies and even states. Radicalisation represents a contemporary phenomenon, which cannot be limited to a specific ideology or region.

Under violent extremism, the following forms can be identified: global Jihadism such as Al-Qaeda and ISIS, right-wing extremism (neo-Nazi and skinheads), and left-wing extremism (communist and anarchic currents).

Under non-violent extremism, we can identify, for example, anti-democratic activism. However, there are ideological forms that apply to both classifications such as Salafism and the Muslim Brotherhood.

Since there are various reasons for extremism such as frustration, discrimination, humiliation, compartmentalisation, alienation and feeling of injustice, it is not helpful to discuss these socio-political issues from a religious perspective.

In a television interview, “Islamic spiritual carer” Ramazan Demir in Austria said: “Most [prisoners] have really had problems – social problems. They are people who have experienced discrimination in the past.

In Austria, we – Islamic spiritual carers and Islamic religious teachers – want to tell the Muslim youth: ‘you are Austrians. You are at home’”.

When we scrutinise this Islamic pastor’s statement, we immediately understand that the problem does not seem to be religious. Perhaps social workers or psychologists would better cover this area. It is necessary to discuss how the prisoners are socialised and why they were imprisoned. The problem seems to lie somewhere else. While it could be religious in very few cases, it is primarily social, political, economic or psychological.

Religion, as a system of beliefs and a process of production of ideas and values in social life, manifests itself through discourses, which might be ambiguous. Ambiguity arises from a lack of distinction between two levels of discourse:

This ambiguity leaves a space for political actors to “positively or negatively” instrumentlise religion to accomplish distinctive political aims. This interest in religion as such emerges from ideology’s distinctive form of social organisation to legitimatise specific forms of authority and to solve contradictions in a specific society.

When politicians resort to religious distinctive functions, they are mainly borrowing authenticity, legitimacy, and credibility. Thus, the categorisation of a positive or negative instrumentalisation of religion in politics primarily depends on the actors, who are actually exercising it. “Political instrumentalisation of religion” as a practice in one specific domain or issue such as “preventing radicalisation” could extend to other domains or issues. Where should the lines be drawn and who has the right to do so?

In this concern, a pressing question begs for an answer: Why do we always keep excavating in religious symbols, rituals and elements, when advancing a socio-political discourse around radicalisation, which is supposed to be purely about political or economic interests? Clearly scientifically researched arguments remain lacking in this discourse.

Obviously prisons could be incubators for radicalisation. According to media reports, two of the French, who perpetrated the terrorist attacks against the Parisian satirical magazine Charlie Hebdo in 2015, had become radicalised behind bars. The EU Anti-Terrorism Commissioner Gilles De Kerchove confirmed in 2015, “Prisons are a breeding ground for radicalisation”.

As a countermeasure to radicalisation, politicians in Germany and elsewhere in Europe tend to resort to a so-called “positive” instrumentalisation of religion. This precisely means that politicians feel confortable to rely on imams’ monopoly of meaning to prevent radicalisation processes in prisons. Therefore, more federal states in Germany have started sending “Islamic spiritual carers” to detention centres for that purpose, as if there is a potential extremist hidden within every prisoner hails from a Muslim background. By employing “Islamic spiritual carers” in prisons, many politicians are hoping to render radicalisation efforts neutral. This countermeasure is a religiously framed prevention strategy because it is an extension of the function of the imam over the political domain.

According to Rauf Ceylan, professor of religion sociology at the University of Osnabrueck, “The concept of pastoral care does not occur in the Quran, but comes from a Christian tradition.”

Western orientalists tend to propagate two views: First, cutting through the debate by deciding for Muslims which interpretation of religion is the right one for them. Second, accepting one specific aspect of Islamic thought, while ignoring all others. Based on this view, conceptual confusion persists, highlighting dividing lines not only among people of different beliefs, but also among Muslims themselves.

There are several dangers of political instrumentalisation of religion, which do not emerge from religions themselves, but rather from the cynical “use” by secular actors. Here I will concentrate on the above-mentioned example of “Islamic spiritual carers” in political discourse in Europe.

The hypothesis that prisoners with an Islamic background need Islamic spiritual carers is misleading. This shifts the political discourse from analysing radicalisation to analysing Islam.

Instead of focusing on social and political issues, discourses around radicalisation become primarily centred on religious issues. While religion could be a reason for radicalisation, the main reasons – social, political, economic and psychological – become on the periphery of the discourse. Moreover, such a discourse might risk abusing prisoners’ honest feelings. Here lies an instrumentalisation of religion that shifts the attention of prisoners to religion rather than to the reasons of why they are in prison in the first place. Thus, the lack of separation, between the political and social domains on one hand and the religious on the other, crumbles into a distorted worldview.

The hypothesis that political instrumentalisation of religion prevents radicalisation is not sustainable as a prevention strategy because it is true enough in what it asserts but false in what it denies.

The allocation of “Islamic spiritual carers” to prisons, it can be assumed, is a good concept for those Muslims who would like to practise their religion, but it is not enough to prevent radicalisation processes because according to different studies many other reasons besides religion are at play.

This argument also implies a rather awkward proposition and that is: There is a lack of religion and religiosity among Muslim inmates. How does this hypothesis serve the process of de-radicalisation? Perhaps nothing.

But this hypothesis contributes to reinforcing the narrative that Muslims are disadvantaged in European countries because they are not allowed to practise their religion. Therefore, the proposition that Muslim criminals have become so because they didn’t follow the teachings of Islam is also dismissible.

The hypothesis that the state, any state in Europe, is guilty if some Muslim prisoners slip into radicalisation in prison due to the lack of Islamic spiritual carers is not only a polemic but also a false proposition.

On the one hand, when religion is strengthened in the political sphere, it could increase the dogmatic understanding of the political constructs.

On the other hand, politics destroys religion by making compromises and making concessions. In conclusion, it can be said that further prevention strategies are necessary, which are not only focused on the religious sphere. 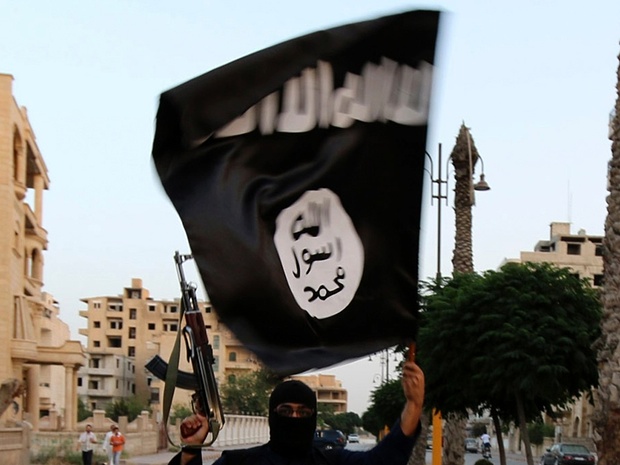 The intellectual movement of the 17th and 18th century that became known as the Enlightenment helped a new class to come to power in Europe. Neil Davidson asks why the more advanced civilisa
Read More