The year 2017 will witness a double anniversary in the convoluted history of the Middle East, one of 50 years, the other a centenary. June 6 is the date in 1967 which marked the outbreak of the Six Day War; “November 2nd, 1917” is the date that appears below the words “Foreign Office” on the single sheet of paper that contains the Balfour Declaration. Both continue to influence every aspect of Arab-Israeli relations and the interminable Israel-Palestine dispute.

How is that situation ever to be resolved?

Hard-liners on each side see a solution only in the utter defeat of the other. Hard-line Israeli opinion favours annexing the West Bank and incorporating it into Israel proper; the Palestinian hard-line objective is to eliminate Israel altogether, converting the whole of what was once Mandate Palestine into a new sovereign state of Palestine.

The consensus of world opinion rejects both extremes, overwhelmingly supporting what has become known as the two-state solution. Indeed a joint Palestinian-Israeli poll revealed on 16 February 2017 that a majority of Israelis and just under half of Palestinians are also in favour.

The idea of partition traces its origins back to the Balfour Declaration, the statement by Great Britain supporting the concept of establishing a Jewish homeland in the region then known as Palestine. Subsequently Britain was mandated by the League of Nations to realize the project, but reconciling Jewish and Arab interests proved impossible and civil disturbance proliferated. The Arab revolt of 1936 finally goaded Britain into establishing a Commission under Lord Peel charged with reaching a workable solution. After much deliberation, Peel proposed the partition of Palestine into two states – one Jewish, the other Arab.

“An irrepressible conflict has arisen between two national communities … Their national aspirations are incompatible. The Arabs desire to revive the traditions of the Arab golden age. The Jews desire to show what they can achieve when restored to the land in which the Jewish nation was born. Neither of the two national ideals permits of combination in the service of a single State.”

What was true then remains true today, but the situation has become ever more complicated with the passage of time. In particular, the combined Arab attack which followed Israel’s Declaration of Independence on 14 May 1948 ended with armistice agreements between Israel and both Egypt and Jordan. These agreements recognised that where the three armies were positioned at the moment the fighting ceased would be Israel’s temporary boundaries, but not its permanent state borders. These were to be established in final status negotiations.

In the event the boundaries lasted for twenty years. When combined Arab forces massed against Israel in 1967 for a three-pronged attack, the resultant Six-Day War saw Israeli forces overrunning vast tracts of land. In subsequent peace treaties the Sinai was returned to Egypt, and Jordan was granted oversight of Muslim holy sites in Jerusalem, but Israel remained the occupying power in the West Bank and the Gaza strip. Attempts over the years to reach a negotiated settlement between Israel and the Palestinians proved fruitless. The Gaza strip was handed back to the Palestinian Authority (PA) in 2005, and shortly afterwards was seized by the extreme jihadist group, Hamas.

“Any proposals to bring the two parties back to the negotiating table,” declared Hamas leader Yahya Moussa in June 2016, “aim at slaying the Palestinian cause.” Hamas’s solution to end the conflict, he declared, is based “on the Israeli withdrawal from the entire Palestinian territories occupied since 1948. Hamas will always opt for armed resistance until the restoration of Palestinian rights.”

The world supports the two-state concept, but the question rarely asked is how peaceful co-existence can be achieved when Hamas, representing a substantial proportion, if not the majority, of Palestinians is opposed tooth and nail to any accommodation with Israel.

Other problems obstruct the two-state route. PA president Mahmoud Abbas leads a Fatah party whose constitution states quite unequivocally that Palestine, with the boundaries that it had during the British Mandate, is an indivisible territorial unit and the homeland of the Palestinian people.

Why then, one might ask, has Abbas spent the past twelve years nominally supporting the two-state solution? Because pressing for recognition of a Palestine within the pre-Six-Day War boundaries is a tactic inherited from Abbas’s predecessor, Yassir Arafat. It represents the first stage in a strategy ultimately designed to gain control of the whole of Mandate Palestine.

Nevertheless, given that the PA provides lip-service to the two-state solution, a Palestinian state on pre-Six Day War boundaries will not do. Hamas would seize power, just as it did in Gaza, and the new state would become a Gaza-type launching pad for the indiscriminate bombardment of Israel. This prospect may not concern the PA leadership overmuch, but what does worry them very much is the prospect of losing power to Hamas. Like it or not, they would need stronger defences against “the enemy within” than their own resources could provide. Just as threatening would be Islamic State which would pounce on a new sovereign Palestine, entirely dependent on its own weak military for its defense, like a cat on a mouse.

An even more fundamental issue militates against the classic two-state solution. Vying with Hamas on the one hand, and extremists within its own Fatah party on the other, the PA has glorified the so-called “armed struggle”, making heroes of those who undertake terrorist attacks inside Israel, continuously promulgating anti-Israel and anti-Semitic propaganda in the media and the schools, and reiterating the message that all of Mandate Palestine is Palestinian. The end-result is that no Palestinian leader dare sign a peace agreement with Israel. The consequent backlash, to say nothing of the personal fear of assassination, have made it impossible.

How is the circle to be squared?

At the instigation of the Arab League, the PA might be invited to an Arab-Israeli peace conference with the aim of establishing a sovereign state of Palestine, but only within the context of a new three-state confederation of Jordan, Israel and Palestine – a new legal entity to be established simultaneously, dedicated to defending itself and its constituent sovereign states, and to cooperating in the fields of commerce, infrastructure and economic development. Such a solution, based on an Arab-wide consensus, could absorb Palestinian extremist objections, making it abundantly clear that any subsequent armed opposition, from whatever source, would be disciplined from within, and crushed by the combined defence forces of the confederation.

A confederation of three sovereign states, dedicated to providing high-tech security and future growth and prosperity for all its citizens – here’s where an answer might lie. 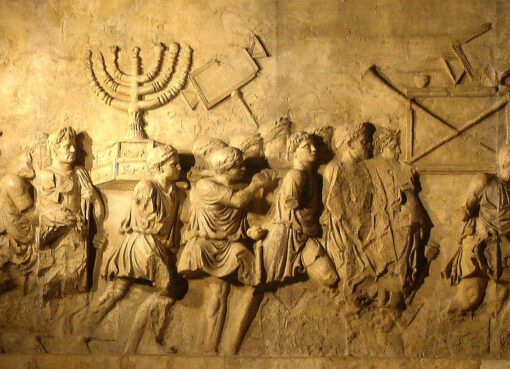