The Commonwealth is a facet of contemporary life that most people know little about. The Commonwealth games, interposed every four years between the Olympics, might arouse a flicker of interest across the globe, but as for the background or purposes of the organization there is little general knowledge or concern. And yet the Commonwealth has the potential to exert an enormous power for good on global politics.

The Commonwealth is a voluntary association of 52 independent sovereign states with a combined population of some 2.4 billion people, almost a third of the world’s inhabitants. Most, but not all, of the member states were once part of the now defunct British Empire, but that is no longer a pre-requisite. What unites this diverse group of nations, beyond the ties of history, language and institutions, are strong trade links and the association’s 16 core values set out in the Commonwealth Charter.

These “Commonwealth values” commit the organization to promoting world peace, democracy, individual liberty, environmental sustainability, equality in terms of race and gender, free trade, and the fight against poverty, ignorance, and disease. In short, the Commonwealth stands for all that is good in this wicked world. What it has so far failed to demonstrate is the drive, or even the willingness, to provide positive leadership on the world stage in favour of the core values it professes. Change may be in the offing.

On 23 February 2017 the UK’s Daily Telegraph carried an exclusive, and rather startling, news report. The Royal Commonwealth Society, it announced, was planning to open a branch in the United States, with a view to eventually bringing America into the fold as an “associate member”.  The project was said to build on President Donald Trump’s fondness for Britain and the royal family, and to be backed by the Queen. Michael Lake, the director of the Royal Commonwealth Society, said that the plans had been hastened by the “opportunity of a new president” and would further Britain’s ties with America.

In December, reported the Daily Telegraph, Lake wrote a letter addressed to Donald Trump, which was handed over to the president by Nigel Farage, the former head of UKIP (the United Kingdom Independence Party), who continues to have close ties with the US administration. Lake wrote that opening a Commonwealth branch in America would help the UK and the US “find imaginative ways” in which they could work together. The response from the White House was described as “very positive”.

To put this initiative in perspective, the Royal Commonwealth Society is a voluntary organization distinct from, but highly supportive of, the Commonwealth itself. Founded as far back as 1868 as The Colonial Society, it has morphed through a variety of titles, emerging in 1958 under its current designation. Committed to improving the lives and prospects of Commonwealth citizens across the world, the RCS boasts the Queen as its patron, and numbers among its vice presidents the UK Prime Minister, the leader of the opposition, the Commonwealth secretary-general, and all the Commonwealth High Commissioners in London.

The American initiative is part of an effort by Michael Lake to raise the profile and relevance of the modern Commonwealth in general, and its role within UK foreign policy in particular. The Commonwealth, he said, “has been very introspective, it needs to be more extrovert.” In pursuit of that objective, “we have adopted a policy of getting branches of the Commonwealth in non-commonwealth countries.” The idea, he said, was to promote mutually advantageous links with reliable friends around the world on everything from business to defence. Lake believes that the Commonwealth, a flexible arrangement held together by common values and culture, operates less formally than governments.

A new branch of the RCS has already opened in Helsinki, Finland’s capital, acting as a Baltic-Scandinavian hub, to help facilitate business ties with Commonwealth countries. Last year the RCS opened a chapter in Dublin, as part of a campaign to help persuade the Irish Republic to rejoin the alliance of 52 member states. As regards the Middle East there seems no good reason why the RCS should not turn its attention to Jordan or Israel – or indeed a sovereign Palestine, if such a state ever emerges – as a base for expansion of Commonwealth influence, and the creation of new “associate members”. All three, after all, would have strong historic connections with Britain in its colonial days. Israel, indeed, already has a flourishing “Israel, Britain and the Commonwealth Association” (IBCA), founded as far back as 1953.

Two factors have provided the Royal Commonwealth Society with a window of opportunity through which to expand its operations. One, of course, was the emergence on the political stage of Donald Trump. The other was Brexit – the decision of the British people to leave the European Union (EU). Brexit will free the UK from many of the trade constraints imposed by membership of the EU, and allow it to pursue trading opportunities across the globe.

This aspect of Brexit is currently under close scrutiny in the UK parliament by one of the Select Committees of the House of Commons – the International Trade Committee. It is conducting a detailed inquiry into post-Brexit UK trade options, recently taking evidence about “the potential impact of alternative trading arrangements after the UK leaves the EU and also the future of trade with the Commonwealth.”

One of the sub-committees is examining the opportunities for developing UK trading relationships with the Commonwealth once a Brexit deal has been concluded, including the scope for increasing UK exports, the future of trade with developing Commonwealth countries, and the potential for trade agreements and exports with major economies such as India, Canada and Australia.

The trading arrangements of individual Commonwealth members with the UK have long been governed through EU policies. Brexit potentially means substantial new trade and investment opportunities for the Commonwealth, as well as augmented trade and investment flows between members. “Associate membership” will certainly count for something in this brave new world, and not beyond the bounds of possibility is the concept of Jordan, Israel and a sovereign Palestine, allied within a new three-state confederation, each an associate member of the Commonwealth. 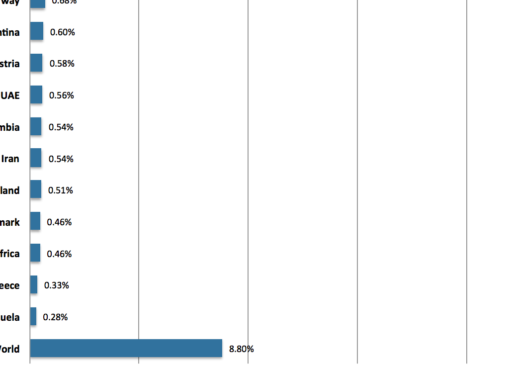