Suddenly the media is awash with reports, rumors and hints about a fresh approach to tackling the perennial Israel-Palestinian stand-off. Cynics, contemplating the history of the Middle East over the past 70 years, might well conclude that every conceivable method of reconciling the conflicting aspirations of the two parties has already been tried and failed. But changing circumstances can reconfigure political opportunities. An initiative impossible in 2007 may have become perfectly viable by 2017.

A series of factors combine to provide the basis for the new approach.

First, it has become clear that the Palestinian Authority (PA) has painted itself into a political corner. Vying with Hamas on the one hand, and extremists within its own Fatah party on the other, the PA leadership has spent decades glorifying the so-called “armed struggle”, making heroes of those who undertake terrorist attacks inside Israel, continuously promulgating anti-Israel and anti-Semitic propaganda in the media and in the schools, and reiterating the message that all of Mandate Palestine is Palestinian.

The end-result of its own narrative is that now no Palestinian leader dare enter face-to-face negotiations, let alone sign a peace agreement, with Israel. The political backlash that would follow, to say nothing of the personal fear of assassination, have made it impossible.  For any new peace initiative to become a viable possibility, the PA leadership would have to be provided with cover from other Arab states which extends from entering peace negotiations in the first place, to assurances that any subsequent armed opposition from hardline rejectionists would be crushed.

Secondly, the time for achieving widespread Arab support for a reconsideration of the Israel-Palestine situation has never been more propitious. The Sunni Arab world, led by Saudi Arabia, is united in its opposition to Iran’s naked ambition to dominate the Middle East in both religion and politics. In that, as it is well aware, it is at one with Israel. Arab interests coincide with Israel’s also in combatting extreme jihadists, including Islamic State, and Israel is collaborating with various states – some still do not formally recognise Israel – both militarily and in the fields of security, intelligence and logistics.

The seeds of a new approach to peace negotiations were laid as far back as September 2014. Speaking to the UN General Assembly, Israel’s prime minister, Benjamin Netanyahu, said: “A broader rapprochement between Israel and the Arab world may help facilitate an Israeli-Palestinian peace.” This is precisely what has come about in the past year or two. The emergence of Donald Trump as US President seems to have boosted the prospects.

This regional approach to Israeli-Palestinian peace-making is what stood out in Trump’s statement at his joint press conference with Netanyahu on 15 February 2017. The authoritative Middle East journal, Al-Monitor, reports that prior to the Trump-Netanyahu meeting, the US administration held discussions with Egypt, Saudi Arabia and Jordan about a “regional umbrella” to possible Israeli-Palestinian peace negotiations.

According to a senior Fatah security official, the PA decided to take Trump at his word about this regional approach and, says Al-Monitor, held “intense deliberations” with Egypt, Jordan and Saudi Arabia. As a result, together with Egypt, it will suggest to Washington the outline of a new regional approach.

This new outline will be based on three principles.

First, that the basis for future peace negotiations is the Arab Peace Initiative of 2002.

Second, that the US administration should shortly hold a summit in Washington with the Arab leadership, chaired by Trump, focused on preparing a regional peace conference with the participation of Egypt, Jordan, Saudi Arabia and Morocco, leading to Israel-Palestinian negotiations.

Third, that Palestinian statehood should be pursued through an attempt to reach a Palestinian-Jordanian confederation agreement backed by the Arab League.

According to the Fatah official, such a confederation agreement will be difficult to achieve given the historical suspicion between the Jordanians and the Palestinians, but “at this point, this is the best route to statehood. Historically and demographically we are tied to Jordan and to the Palestinian population west of the Jordan River. It will need the backing of Egypt, Saudi Arabia and the Arab League.”

Missing entirely from this scenario is the vital matter of Israel’s security. From the Israeli perspective, a Palestinian state created on pre-Six Day War boundaries, however much modified by land swaps, simply will not do. Almost certainly Hamas, which is intent on Israel’s destruction, would gain power sooner or later, either through elections, or by way of a violent coup as it did in Gaza, and the new state would become a Gaza-type launching pad for the indiscriminate bombardment of Israel. This in itself may not concern the PA leadership overmuch, but what does worry them very much indeed is the prospect of losing power to Hamas. Like it or not, they would need stronger defenses against “the enemy within” than their own resources could provide. By failing to take into account both Israel’s security needs and those of a new sovereign Palestine, the Palestine-Jordan confederation is an inadequate concept. A much more robust approach is required. One such might be an initiative, backed by the US, the Arab League and Israel, aimed at bringing two new legal entities into existence simultaneously – a sovereign state of Palestine and a three-state confederation of Jordan, Israel and Palestine. The area designated “Palestine”, at the time the League of Nations mandated Great Britain to administer it back in 1923, would, in a sense, be legally reconstituted.

What is a confederation? It is a form of government in which constituent states maintain their independence while amalgamating certain aspects of administration, such as security, commerce, or infrastructure. In a confederation emphasis is laid on the independence of the constituent states, as opposed to a federation, in which the stress is on the supremacy of the central government.

A Jordan-Israel-Palestine confederation would be dedicated above all to defending itself and its constituent sovereign states, but also to cooperating in the fields of commerce, infrastructure and economic development, to say nothing of administering Jerusalem’s holy sites. Such a solution, based on an Arab-wide consensus, could absorb Palestinian extremist objections, making it abundantly clear that any subsequent armed opposition, from whatever source, would be disciplined from within, and crushed by the combined and formidable defense forces of the confederation.

A confederation of three sovereign states, dedicated to providing high-tech security but also future economic growth and prosperity for all its citizens – here’s where the answer to a peaceful and thriving Middle East might lie. 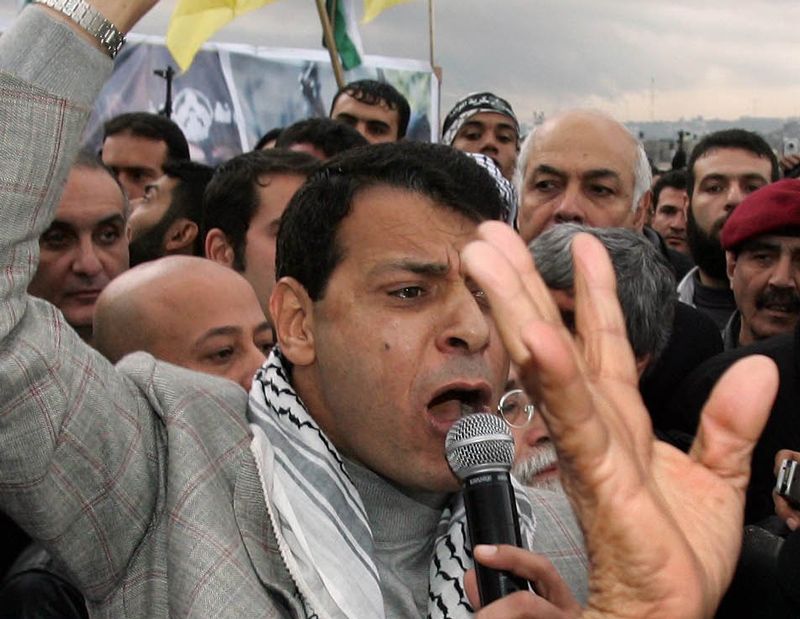 With attention in the Middle East focussed on the Gulf crisis, the United Arab Emirates is elsewhere seeking to reshape the region in ways that could alter its power dynamics. The UAE’s latest effor
Read More