In a conference for the launch of a supplementary study programme for a group of Syrian scholarship holders at the University of Konstanz, Wolfgang Seibel, a professor of Political and Administrative Science at the University of Konstanz, presented a keynote on important historical facts of Middle East politics over the 20th century and Germany’s resurrection from rubbles after the Second World War, highlighting the role of leadership, institution building and the privileges, responsibilities and obligations come along with them.

The supplementary study programme, an additional curriculum under the auspices of the University of Konstanz, started on 11 November 2016 and continues to mid 2017.

The program, which hosts over 200 participants from many different fields, is entitled “Leadership for Syria” and funded by the Federal Government of Germany. Seibel sheds light on key concepts and here are a few excerpts from his speech:

November 11 is a particular day. The reason is that 98 years ago a war ended. A war, known in English language as the Great War and in French La Grande Guerre, that had claimed the lives of some 10 million people.

But on 11 November 1918 not only the war ended, but the end of the war also paved the way for the implementation of an agreement signed two and a half years earlier between the British and the French. And the subject was the future of Arab territories within the Ottoman Empire, then an ally of Germany and Austria and, consequently, England and France’s enemy. That agreement was named after the diplomats who had brokered it, Mark Sykes and François Georges-Picot.

The Sykes-Picot agreement of May 1916, initially kept secret, envisaged the partition of the southern parts of the Ottoman Empire into two zones under British and French control. The agreement was finally confirmed in 1922 when these two spheres of influence were transformed into mandates under the formal authority of the League of Nations but in fact remained British and French protectorates. While the core of the British mandate was Iraq, Jordan and Palestine – part of which became Israel in 1948 –, the core of the French mandate became Lebanon – and Syria.

So, in a nutshell: Without November 11th 1918, you would not be sitting in this lecture hall. But this is of course just very abstract information that barely conceals the contradictious and conflict-ridden history of the Middle East since then.

It is a history in the course of which the notion of transferring western political ideals and institutions turned out to be just as illusory as the notion and the practice of authoritarian rule.

When I was a boy, the consequences of a war Germany itself had waged were still visible in more than one sense. People of my age remember the streets in cities where every second building was destroyed and not yet rebuilt. The country itself, Germany, was dismantled, with its two parts, the West and the East, belonging to two different spheres of a bipolar geopolitical order, which was the order of the Cold War.

In case of yet another conflict Germans would have been shooting on Germans, killing each other mercilessly and, according to all likelihood, wiping out the rest of what had been a rich and prosperous country with strong institutions and a rich culture shaped by tradition and diversity. But in 1945, when the Second World War ended, virtually nobody would have predicted that half a century later, a reunified Germany would be again a strong and prosperous country at the heart of Europe.

I hope it is obvious why I, here and now, refer to this miraculous rebirth of my own country literally out of the rubble. And yet we should not perceive and interpret the demise and rebirth of Germany as a naïve success story that could be copied elsewhere. It was the result of arduous and complex political learning. And that learning included determined international institution building and support. 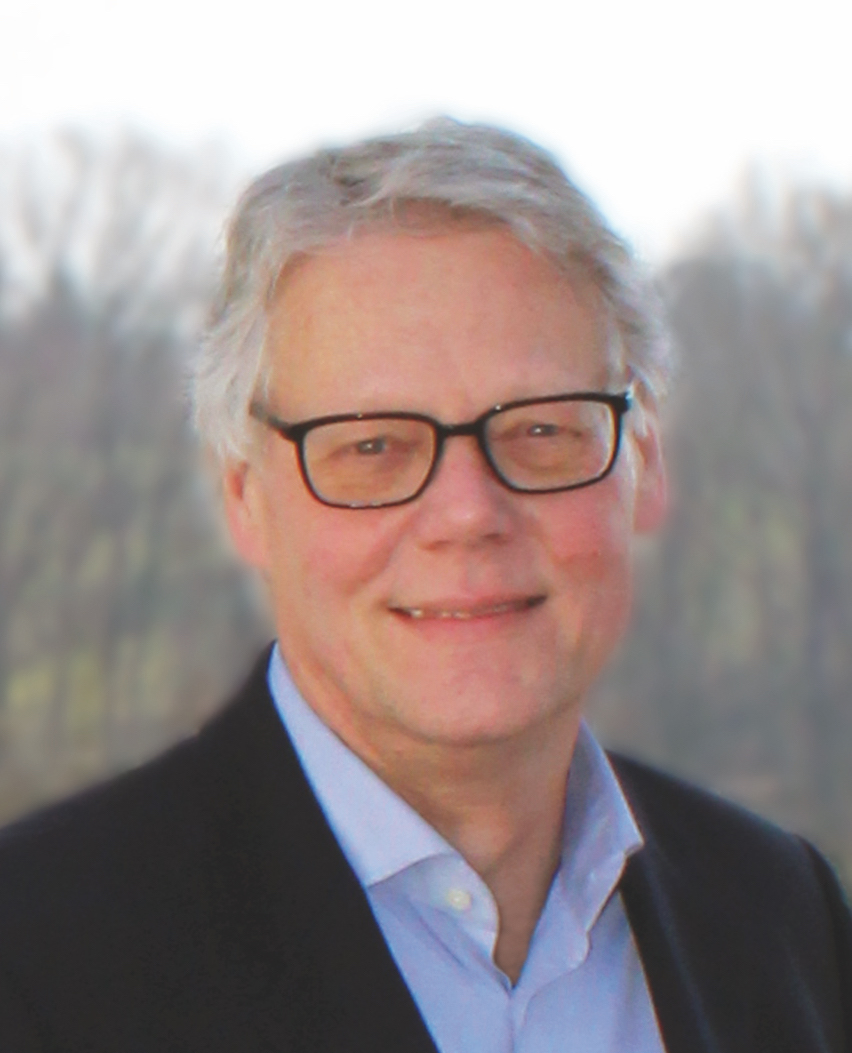 Wolfgang Seibel is a Professor of Political and Administrative Sciences at the University of Konstanz, Germany, and an Adjunct Professor of Public Administration at the Hertie School of Governance, Berlin. He held guest professorships at the University of California at Berkeley, Stanford University and the Central European University, Budapest. He was twice a temporary member of the Institute of Advanced Study, Princeton, and a Fellow of the Wissenschaftskolleg, Berlin. In 2009, he was elected member of the Heidelberg Academy of Science. His latest publications include “Arduous Learning or New Uncertainties? The Emergence of German Diplomacy in the Ukrainian Crisis” (Global Policy, 2015), "Persecution and Rescue. The Politics of the ‘Final Solution’ in France, 1940‐1944” (University of Michigan Press, 2016) and “Verwaltung verstehen. Eine theoriegeschichtliche Einführung” [Understanding Public Administration. A History-of-Theory-based Introduction] (Suhrkamp Taschenbuch Wissenschaft 2016). Address: University of Konstanz, Department of Politics and Public Administration, 78457 Konstanz, Germany, phone +49 (0)7531 88-3684, wolfgang.seibel@uni-konstanz.de

Long before the notion of globalization became part of a worldwide jargon the very fact of political and economic interdependence and the experience of self-destructive wars had made salient the indispensability of international institutions and stable multilateral arrangements. And it is a profound irony that enduring success conceals its own prerequisites. It is a very basic psychological mechanism: The more successful you are, the more you take success for granted.

It is more than unfortunate that this also applies to the unparalleled success story of international organizations and agreements. The fading memory of two catastrophic wars in Europe in the 20th century contributes to a renaissance of political myopia based on nationalism, ignorance and a mental flight from reality that is gaining momentum in quite a number of European countries, including member states of the European Union.

It is indeed the European Union itself that, as a consequence, suffers the most from a weakened historical memory that undermines the foundations of its own remarkable success.

It is no coincidence, however, that Germany used to be one of the most ardent defenders of regulated globalization and European integration.

This country had miraculously survived the consequences of its own ignorance of basic rules of conduct in a world of irreversible political and economic interdependence. That survival originated from an undisputed commitment to the multilateralism of foreign and security policy and a continuously intensified integration in the framework of what ultimately became the European Union. Not a single country in this globe is more dependent on international trade and thus international peace and stability than Germany, a country that generates some 50% of its gross domestic product on the export market.

Not everybody among our international trade partners is happy with this. And it is only through firm international embeddedness that a strong and potentially hegemonic Germany is acceptable for the outside world.

However, it is still in the strategic interest of Germany to promote the very ideas and objectives of the European Security Strategy of 2003 whose ghostwriter as Xavier Solana’s chief of staff was, by the way, no other than the current chief advisor of chancellor Merkel for foreign and security affairs, Christoph Heusgen. It is, again, no coincidence that Germany attempts to strike a balance between protective and supportive measures in the current refugee crisis.

This is not that much about a transfer of political ideas and concepts but, instead, about institution building skills, skills designed to strengthen the indigenous resources in those very countries in the East of the European Union and at the borders of the Mediterranean.

One should admit that at some point that strategy lacked resolve and clarity, especially as far as Syria is concerned. For quite a while German diplomacy confined itself to the role of a passive observer as far as the actual high politics were concerned.

However, beneath the surface of high politics and visible crisis diplomacy Germany mobilized political and financial resources in the order of several hundred millions of Euros in support of refugee relief, infrastructure for the Geneva peace talks and, last but not least, for this program, Leadership for Syria.

It is, just in the spirit of the European Security Strategy, a program to the mutual benefit. So what should be mentioned for the sake of honesty and clarity is that some German selfishness is involved. The program costs German taxpayers some 10 million Euros, counting your individual stipends and, to a very minor degree, the supporting program we are running here at the University of Konstanz. But it is just in the German interest as it is in the interest of the entire European Union to invest in a future Syria however unconceivable peace and stability in your home country might appear today.

Since there will be and there has to be a return of investment. We don’t expect loyalty in return, at least not loyalty to the country that made possible your college education. But we do expect that you live up to the standard that is appropriately expressed in the program’s name: Leadership. Leadership does imply loyalty, but loyalty to those who invest their hopes in your professional competence and your sense of responsibility. Leadership is about one’s own career and achievements as well as about one’s family, a company, an authority and, ultimately, the wider community.

Even if it sounds pathetic these days, you may remind yourselves of the famous key-phrase of John F. Kennedy’s inaugural address as US President: “Ask not what your country can do for you – ask what you can do for your country”. 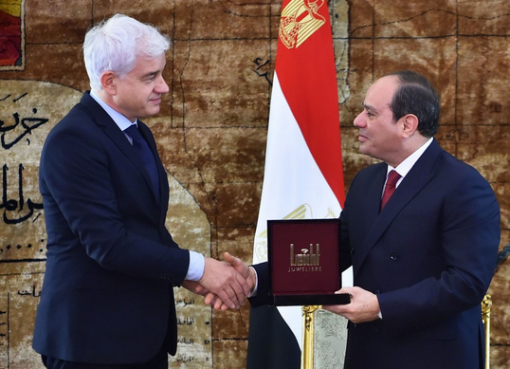 On 28 January 2020, after much public criticism in Germany, organiser of the Dresden Semper Opera Ball, has formally apologised for awarding this year’s Order of St. George to the Egyptian Preside
Read More 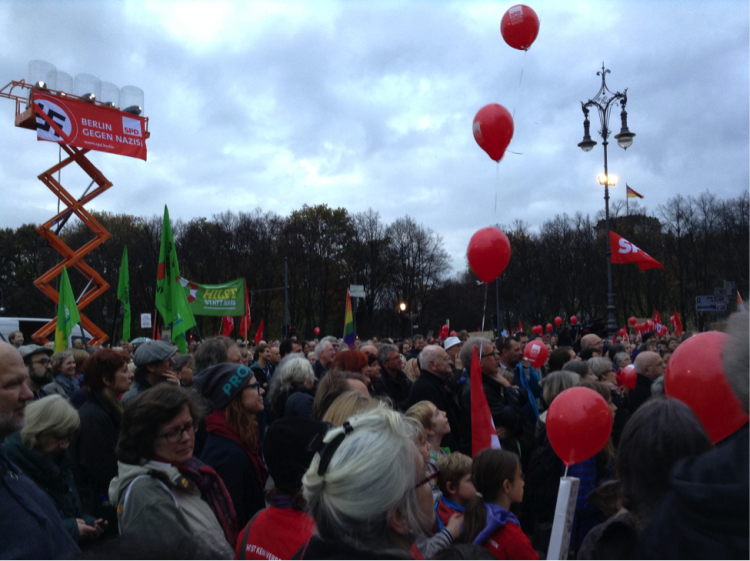 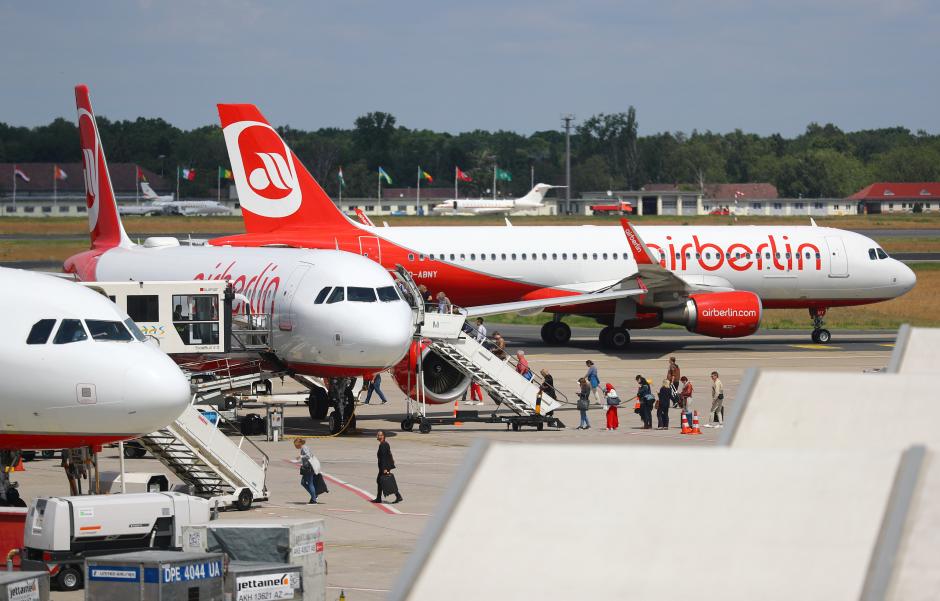 Every year millions of people across the globe set New Year's resolutions in the anticipation of the arrival of a “new” year. They hope to embark on new opportunities, change old habits, begin new r
Read More