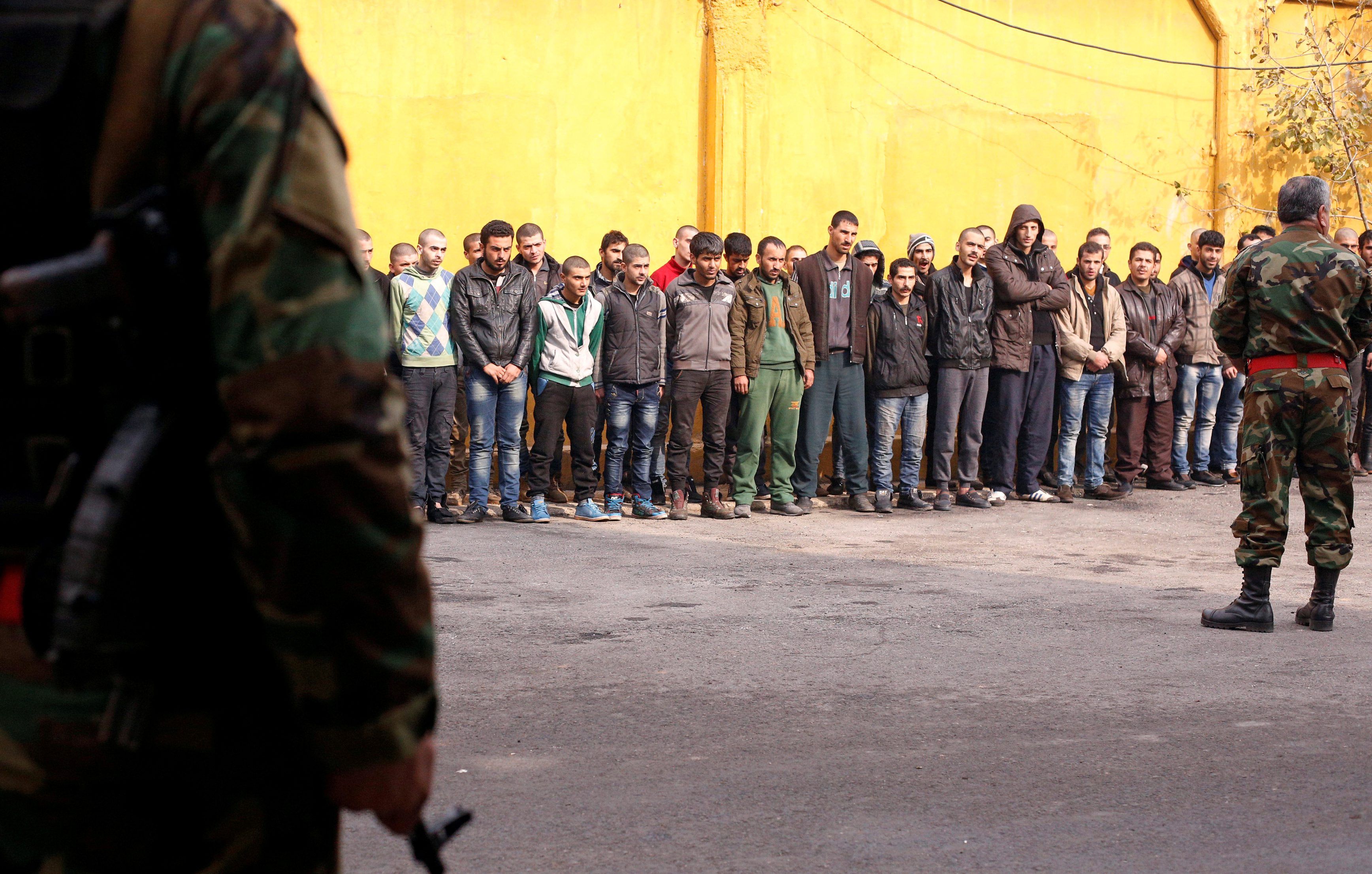 “Kill or be killed.” This is Bashar Assad’s bitter dichotomy. While the Assad regime has lost tens of thousands of soldiers, tens of thousands more have been forced to fight in the army alongside Assad’s foreign fighters and militias. Many others, however, choose to flee.

Although pan-Arab nationalism, Baath Party’s disgraceful legacy, surfaces every now and then, there are many who, while unable to support the opposition in its current state, fled Syria hoping for a safer place. Most of the interviews I conducted with Syrians who have left Syria since 2013 onward tell a similar story. While most of them insist on their rejection to the opposition’s scatteredness as being hijacked by conflicting Islamist groups, they insist on their opposition to the regime’s atrocities and dragging down Russian and Iranian occupation to Syria in order to remain in power.

What are they fleeing from? Mainly from military conscription, which forces Syrian males to indulge in a bloody war for mainly no apparent vision or mission other than defending the sanctum of Assad.

The current constitution makes it clear to all males over 18 that “compulsory military service shall be a sacred duty and is regulated by a law.” Compulsory military service was in place long before 2011. However, in that year, many young men, even fierce supporters of the regime have hidden themselves away at home out of fear of being forcefully conscripted or have fled the country for good. This is one of the reasons why many males are seeking refuge somewhere. Almost every male in Syria, who is

not willing to fight, is a refugee because of the regime’s strict tactics of mandatory military conscription.

Syrian males’ fleeing the military is not novel, as such a tendency has been increasing in Syria since 2011. This is one of the reasons the regime is relentlessly anxious to terminate any individual attempts to flee or even think of fleeing. While many manage to run away from the military grip before being forcefully conscripted by the age of 18, others remain less fortunate as they are still forced to fight on front lines not against an apparent enemy but primarily for Assad.

Many of these forced to fight on the front lines alongside regime soldiers and militias manage to bribe middle rank officers so they turn the other way when a conscriptee runs away from his officers in an attempt to defect. While some succeed in their efforts, others fail, which is synonymous to being terminated immediately.

The regime is known for its relentless reliance on inexperienced conscripees, as males are dragged to the army by the age of 18. Compulsory military service period has been reduced several times to become now only 18 months since 2011. Now, however, the 18-month service remains only on paper because in many cases after 2011, the military service has become an open-end.

Soldiers fleeing conscription or defecting from the “Syrian Arab Army” are not cowards. Indeed, they may have made the hardest and bravest decision of their lives. They simply refuse to kill or be killed. No matter what the reasons are to make a conscripted soldier flee the regime’s army, the result remains the same: They are not in the battlefield anymore, which explicitly indicates that they are not engaged in the regime’s slaughter machinery anymore.

Based on the interviews I conducted, some of them had to make a decision within few hours, to flea or to fight, especially those who served their mandatory term before. Due to a lack of men and expertise, the military was eager to haul those who had collected military experience previously throughout their compulsory military service period.

The numbers of those who have fled military conscription are difficult to estimate and this is for many reasons. Apart from the chaos sweeping Syria and everything around it, many of those defecting conscripts or enlisted soldiers fear to be denied their asylum application, especially in European countries, and fear of coming in contact with organisations or researchers and with each other. While these young men are escaping from death and forced recruitment, they remain cautious when speaking out against regime policies because they think it could harm their families in Syria, especially in regime-held areas.

While foreign fighters are increasingly flocking into Syria everyday and airstrikes by international actors have already exceeded imagination, Syrians, on both sides, the regime and the opposition, seem to continue running away to just a place called somewhere else. It remains depressingly sad to bear witness to this massive waste of lives on all sides.