The phenomenon of the Islamic State (ISIS) has deepened and worsened the instability and tensions among states in the Middle East. According to some political observers, the spread of ISIS in Syria and Iraq will transform the current political landscape of the Middle East. Today, the Kurds in both countries play a significant role all through this process. They have established strong relations with global powers so as to counter terrorism, while defending their position from ISIS attacks ever since their beginning in June 2015.

This discourse focuses on one of the main Kurdish dreams throughout modern history, which is having an independent state. Yet, in order to bring this into a sharpened perspective, bear in mind that for more than a century Kurdistan has been divided among Iraq, Syria, Iran and Turkey. Each part has its own distinction, nonetheless we’ll emphasize on the Kurdistan of Iraq, specifically the case of its expected referendum taking place during fall of 2017.

Nowadays, Kurdish leaders belonging to all political parties have a similar vision, which they satisfy by way of conducting a referendum that depicts the Kurdish will of an independent Kurdistan from Iraq. Still, let’s take a close look inside the political status quo of the region which causes us to stay vigilant of Kurdistan’s future, provided that such step is taken.

Kurdistan has many unresolved issues among major political parties; still their legislative power (KDP) is unable to serve since it’s been suspended by the Kurdistan Democratic Party, the dominant power in the capital Erbil. The party wants to fulfil a referendum without an act of parliament, while arguing that it can be done solely with an executive order.

Moreover, they assert that such historic action is bigger than the issue of a deactivated parliament. Nonetheless, the Gorran Movement (GM), the second largest party in the last parliamentary elections of 2013, which holds 24 seats, and whose member is the president of the Kurdistan parliament, believes that without reactivating the parliament, any step towards fulfilling a referendum with aspirations of future independency is not statutory.

Verily, the political division in Kurdistan is bigger than what’s exposed by the Kurdish media. For instance, the Patriotic Union of Kurdistan party (PUK) is still a dominant power in its green zone (PUK and Gorran’s controlled areas) and the KDP remains a dominant power in the yellow zone (Erbil and Duhok provinces under the control of the KDP), but the politics of the Kurdistan Regional Government (KRG) and Kurdistan region is generally controlled by mostly the KDP since the PUK has been recently tackling its internal problems. The KDP thrives to establish its rule over the entire Kurdistan region, but there are some critical aspects in this regard highlighted below:

I. Politically, KDP is responsible for deteriorating the political process in Kurdistan. It still doesn’t grant the parliament’s president permission to enter the capital Erbil, moreover has dismissed those ministers who belong to the GM. Deteriorating relations between KDP and GM can be related to different views within the political system in Kurdistan. All the political parties are siding with a parliamentary system, whereas the KDP supports the presidency system. When parliament wanted to amend the presidency law of Kurdistan by lowering the powers of the Kurdistan president in 2015, in response the KDP decided to ban the parliament’s president.

II. Economically, since the day when Kurdish leaders from the PUK and KDP declared that they would sell petrol from Kurdistan to the Turkish Jaihan port without permission from Baghdad, a very tough economic crisis has faced the Kurdistan Regional Government (KRG), along with the Kurdish people. KDP party has dominated the natural resources policy in Kurdistan. According to local observers, the practice of selling petrol is not done transparently. It’s not in safe hands. For more than a decade, the ministry of natural resources in Kurdistan has been controlled by the KDP. This party has signed 50 years’ worth of oil contract with Turkey without revealing the content of such to major parties and the parliament.

III. Human rights violations in Kurdistan are not secretive, conversely it’s almost a daily topic featured in mass media. Recently, one Kurdish writer and university teacher was being tortured publicly in front of many people, in the downtown area of Erbil, by the KDP intelligence members, just because he criticized the KDP policy in Kurdistan. Nevertheless, nothing can be done to restrict such actions when security forces are controlled by the party acting under the name of government.

With all these hurdles, one must ask whether it’s rational to think of a referendum and independency before trying to resolve the internal turmoil first. Strictly speaking while bearing in mind the type of authority currently employed in Kurdistan, are any steps taken towards a referendum, so as to perhaps later on gaining independency, in favour of the Kurdish people? There are multiple answers to these questions, yet let’s analyse the reasons of why some say it’s a rational step:

A. For a long time, the Kurds have fought for their dream against a series of Iraqi rulers throughout the modern history of the country. Today, there is a weak regime in Baghdad, which is mostly involved in local snags such as terrorism and fighting against ISIS. The Kurds believe that the problems of Iraq will never end and that’s why it’s the perfect time to work towards achieving independency.

B. There is a significant support from international community, particularly in the war against ISIS. Kurdish leaders think that if they declare independency, global powers such as the United States and the European Union will back them. However, there are many observers who believe that such a critical step taken by the Kurds in Iraq will affect their future interests and current position since:

Finally, it’s believed that neither internal nor external issues of Kurdistan give way to fulfilling such a sensitive event in the region. 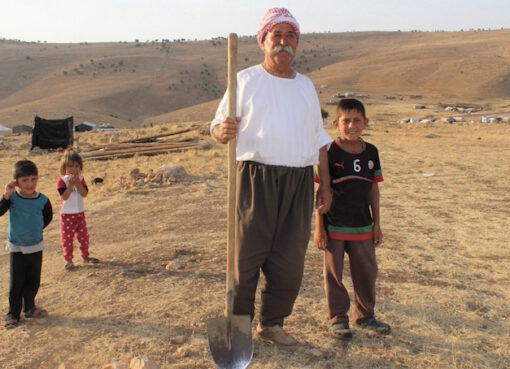 Yazidis Must Return Home in Spite of Hardship

Around 1,200 families belonging to the ancient Yazidi minority have returned to their home city of Sinjar, north-eastern Iraq, since June 2020. Following the Islamic State (IS) occupation of Sinja
Read More 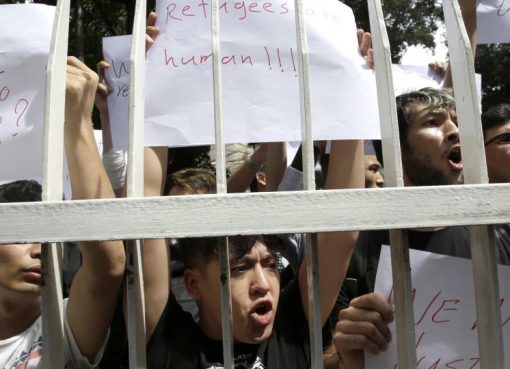