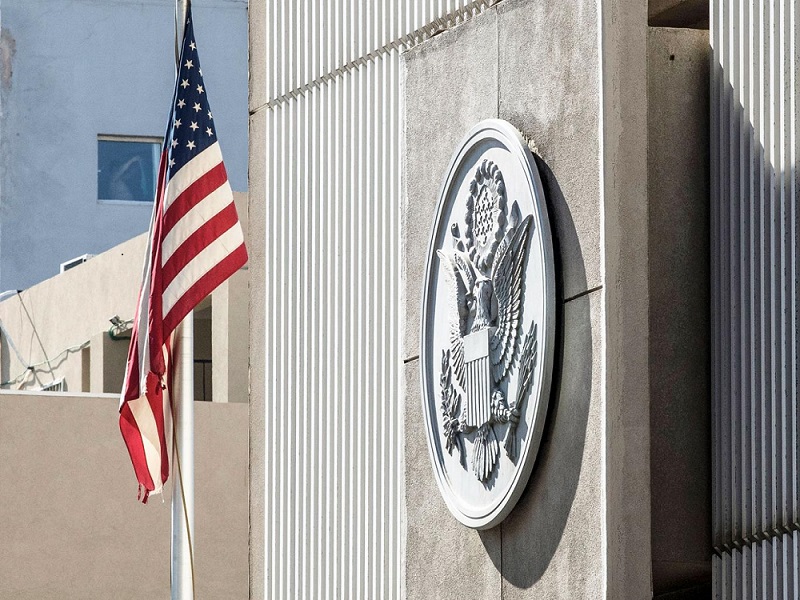 At the heart of the constitution of the United States lies the principle of the separation of powers.  Conceived as a way to prevent the abuse of power generally, it has been used mainly to stop excessive power accumulating in the hands of the President.  Ex-President Obama is on the record as finding the system “frustrating”.  As for Donald Trump, from the moment he assumed office he has been challenged by the legislature and the judiciary.  He spent his first 100 days seeing some of his main electoral promises being foiled – from repealing the nation’s health care law to temporarily banning people from some Muslim nations to finding resources for a US-Mexican wall.

But the separation of powers principle can also work in the opposite direction.  For 22 years successive presidents have been frustrating the declared will of the US Congress.

It was way back in 1995 that Congress passed legislation requiring the US embassy in Israel to be relocated from Tel Aviv to Jerusalem no later than 31 May 1999.  Although adopted by the House of Representatives and the Senate by overwhelming majorities, the Jerusalem Embassy Act has never been implemented.  Every President since then – Bush, Clinton, Bush, Obama – has used the powers contained in Section 7 of the Act to sign a 6-month waiver “to protect the national security interests of the United States.”

Throughout his presidential election campaign, Trump pledged repeatedly to relocate the US Embassy from Tel Aviv to Jerusalem.  His first chance to allow the Act to come into effect was 1 June 2017, when the last waiver signed by ex-President Obama ran out.  When 1 June came around, lo and behold Trump fell into line with all his predecessors in office and signed a further 6-month waiver.

There were very good reasons for Trump’s decision.  Between taking office and 1 June he had embarked on an ambitious plan to broker a new Israeli-Palestinian peace process.  He had hosted meetings with both Israel’s prime minister, Benjamin Netanyahu, and the president of the Palestinian Authority (PA), Mahmoud Abbas. He had undertaken his first foreign tour, which had included a meeting with over 50 leaders of the Arab world in Saudi Arabia, followed by visits to Israel and to the PA-controlled city of Bethlehem.  He had extracted promising indications of support for a renewed peace effort from all parties.  To have implemented his promise on the US embassy would certainly have disrupted the delicate state of his peace deal initiative.

At present not a single foreign embassy is located in Jerusalem.  This is because in international eyes the exact status of Jerusalem remains undetermined.  Back in 1947 the original two-state UN plan envisaged Jerusalem as “a corpus separatum under a special international regime” to be administered by the United Nations. The UN as a whole, like the European Union (EU), still clings to this concept.  But incongruously, both the UN and the EU also assert their support for the objective of “a viable state of Palestine in the West Bank, including East Jerusalem.” Now, Jerusalem is either an international entity or part of it is Palestinian.  It cannot be both.

The UN Security Council in its latest pronouncement on the subject at least appears consistent.  Urging countries and organizations to distinguish “between the territory of the State of Israel and the territories occupied since 1967”, its Resolution 2334, passed on 23 December 2016, makes no mention of an internationalized Jerusalem, but refers three times to “Palestinian territory occupied since 1967, including East Jerusalem.”

Resolution 2334 was passed by 14 of the 15 members of the Security Council, with only the US abstaining.  Of the 15, only one nation has recognized the logical implications of what they voted for – namely that if East Jerusalem is Palestinian territory, then West Jerusalem must be an integral part of sovereign Israel.

On 6 April 2017 Russia issued a quite astonishing statement.  While reaffirming its support for the two-state solution and that East Jerusalem should be the capital of a future Palestinian state, Moscow declared: “At the same time, we must state that in this context we view West Jerusalem as the capital of Israel.”

This declaration, ground-breaking in itself, carries a corollary. Countries normally site their embassies in the capital city of the country with which they have established diplomatic relations.

It is almost certain that, deep within the Kremlin, the political pros and cons of Russia moving its embassy to West Jerusalem are being carefully calculated.  Russia is currently fighting shoulder-to-shoulder with Iran in Syria, supporting President Bashar al-Assad in his battle to retain power.  Iran, its satrap Hezbollah, and Assad’s Syria are all ferocious enemies of Israel and would certainly be opposed to any move that enhanced Israel’s status.  On the other hand, Russia owes them little, and their battlefield collaboration did not inhibit Moscow’s recognition of West Jerusalem as Israel’s capital.

As regards the Palestinians, Russian President Vladimir Putin has fostered good relations with PA President Abbas. They last met in May 2017, when Putin reaffirmed his support for settling the Israeli-Palestinian dispute, and Abbas indicated that Moscow ought to be involved in any peace process. That was music to Putin’s ears, for he has consistently advanced Moscow’s claims to be a major player in any future peace negotiations.

But these warm words are as nothing compared with Russo-Israeli relations, which are flourishing. There is Gazprom’s multi-million 20-year contract, signed in 2016, to market Israeli liquefied natural gas from the vast Tamar field. Moreover Putin is courting Israel to grant Gazprom a share in the even vaster Leviathan field. Collaboration is also being developed in a whole variety of other areas including free trade, nuclear and other hi-technology, space cooperation and agriculture.  Moving the Russian embassy to West Jerusalem could do nothing but enhance this burgeoning relationship.

Much more to the point, perhaps, from Putin’s perspective, is the positive effect on Russia’s global status of pre-empting Trump.  Putin is intent on re-establishing Russia as a major global force to be reckoned with. He was quick to seize the opportunity in the Middle East when Obama’s vacillation and reluctance to take effective action in Syria left a power vacuum.  To be the first nation to establish its embassy in what Putin himself has declared to be the capital of Israel would snatch the ball from Trump’s grasp, and establish Russia firmly as a major player in any future Israeli-Palestinian peace process.

Having weighed the odds, will Putin act?