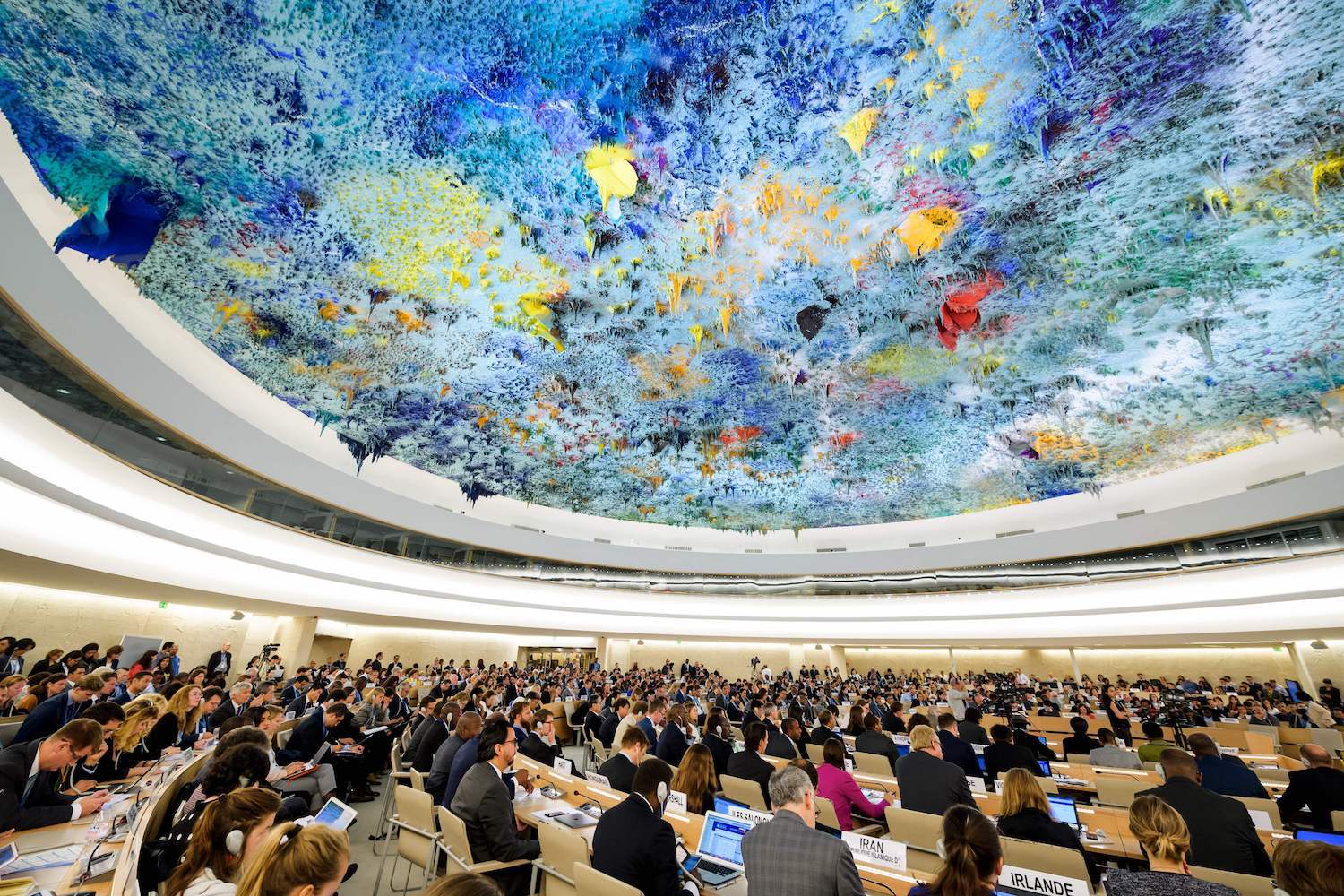 Comparatively speaking, the UN Human Rights Council is still in its infancy.  Set up only twelve years ago by the UN General Assembly, it had one over-riding purpose – to rectify the egregious faults of its predecessor body, the UN Commission on Human Rights (UNCHR).  The UNCHR had been a working body of the United Nations virtually from its foundation in 1946, but over its 60 years of existence it had accrued a raft of objectionable practices which finally made the organization totally unacceptable to many governments, activists and eventually to the UN itself.

Among its more unseemly usages was to include among its members representatives of states with records of flagrant human rights violations and, moreover, to elect such people from time to time to chair the Commission − representatives of countries like Zimbabwe, Algeria, Syria, Libya, Vietnam and China. These individuals, by opposing resolutions to the Commission which condemned human rights violations, in effect sustained and promoted despotism and repression throughout the world.  Finally the Commission seemed to have turned its purpose on its head, and far from identifying and eliminating violations of human rights, in many cases it supported, if not actively encouraged, them.

For example, the Commission turned a blind eye toward violations of the UN charter committed by member states. When issues such as the stoning of women, honor killings, mutilations, and the death penalty for apostasy were raised during the 60th Session of the UN Commission on Human Rights in 2004, officials from certain Muslim-majority states rejected any criticism as “interference in the internal affairs of a sovereign state.”  The Commission meekly gave way, and abstained from pursuing the issues.

The other face of this overt political bias – and a major cause of criticism of the Commission − was its compliance with being used as a UN-backed platform from which selective targets could be condemned and vilified.  The chief victim of this barefaced politicization was Israel.  An analysis in 2003 revealed that the Commission – the old UNCHR − had devoted no less than 33 per cent of its country-specific resolutions to condemning Israel in one way or another.

All this finally became too much even for the UN General Assembly, which in 2006 voted overwhelmingly to disband the old Commission and to set up a shining new United Nations Human Rights Council (UNHRC) in its place.

How has the new body been doing?

It is perhaps, significant, that UNHRC is UNCHR with just one letter transposed.  In short, you can barely see the difference.  For example, in its first six years – that is, from the time of its foundation in 2006 until 2012 − the new council published nine reports on Syria’s mass killings of its own citizens, and three on the terrorist-supporting repressive régime in Iran.  It published nothing on China, which was far removed from granting its billion citizens basic human rights.  Yet in those six years it published no less than 48 reports condemning Israel. More than this, the council voted on June 18, 2007 to include, as a permanent feature of each of its three annual sessions, a review of alleged human rights abuses by Israel − a  resolution sponsored by the Organization of the Islamic Conference. This Item 7, the only standing item directed at a specific country, has become a permanent feature of the UNHRC agenda, and as a result the Council has targeted Israel with more condemnatory resolutions than the rest of the world combined.

To keep the record entirely straight, during the latest UNHRC session both the US and Australia opposed every anti-Israel text issued by the council while the UK representative, citing the UNHRC’s criticism of Israel’s presence in the Golan Heights, coupled with its deafening silence on the Assad regime’s atrocities in Syria, said:  “Nowhere is the disproportionate focus on Israel starker and more absurd than in the case of today’s resolution on the occupation of Syria’s Golan.”

A global backlash against the council is well under way.  David May is a research analyst at the Foundation for Defense of Democracies, a Washington-based nonpartisan research institute focusing on national security and foreign policy.  Writing in the prestigious US political journal, The Hill, he urges a root and branch reform of the Human Rights Council. “As long as some of the world’s worst human rights abusers hold positions on the Council,” he writes, “many of the most egregious human rights violations will languish in darkness.”

He offers a schedule of proposals aimed at ensuring that the UN can meet its obligation to expose and help eliminate violations of human rights, wherever they occur and whatever form they take.  A prerequisite for UNHRC membership, maintains May, should be some basic standard of respect for human rights.  Currently, 14 of the 47 members of the Human Rights Council were ranked “Not Free” – the lowest possible ranking − in the “Freedom in the World 2018” table of country scores run by Freedom House which annually assesses the state of political rights and civil liberties across the world, country by country.

The present situation regarding the UNHRC is clearly far from satisfactory.  It is surely up to Antonio Guterres, the UN Secretary-General, in the interests of the credibility of the UN itself, to take the bull by the horns.  Whatever the difficulties, he must identify the problems, set out the steps needed to correct them, and carry through the necessary reforms.