With Turkish investigators asserting that they have found further evidence that Saudi journalist Jamal Khashoggi was killed when he visited the kingdom’s consulate in Istanbul two weeks ago, Turkey appears to be leveraging the case to enhance its position as a leader of the Islamic World and reposition itself as a key US ally.

To enhance its geopolitical position vis a vis Saudi Arabia as well as Russia and Iran and potentially garner economic advantage at a time that it is struggling to reverse a financial downturn, Turkey has so far leaked assertions of evidence it says it has of Mr. Khashoggi’s killing rather than announced them officially.

In doing so, Turkey has forced Saudi Arabia to allow Turkish investigators accompanied by Saudi officials to enter the consulate and positioned President Recep Tayyip Erdogan as the kingdom’s saviour by engineering a situation that will allow the kingdom to craft a face-saving way out of the crisis.

Saudi Arabia is reportedly considering announcing that Mr. Khashoggi, a widely-acclaimed journalist critical of Crown Prince Mohammed bin Salman who went into self-exile because he feared arrest, was killed in either a rogue operation or an attempt gone awry to forcibly repatriate it him back to the kingdom.

US President Donald J. Trump offered the Turks and Saudis a helping hand by referring this week to the possibility of Mr. Khashoggi having been killed by rogues and dispatching Secretary of State Mike Pompeo to Riyadh and Ankara.

Mr. Khashoggi, seeking to obtain proof of his divorce in the kingdom so that he could marry his Turkish fiancé, visited the consulate two weeks ago for the second time after having allegedly received assurances that he would be safe.

Turkey emerges as the crisis moves towards a situation in which an official version is agreed that seeks to shield Prince Mohammed from being held responsible for Mr. Khashoggi’s disappearance and likely murder with its international status significantly enhanced.

Turkish leverage is further boosted by the fact that Saudi Arabia — its image in government, political and business circles significantly damaged by the crisis — and the Trump administration that wants to ensure that the kingdom’s ruling family emerges from the crisis as unscathed as possible, are in Ankara’s debt.

As a result, the denouement of the Khashoggi crisis is likely to alter the dynamics in the long-standing competition between Turkey and Saudi Arabia for leadership of the Islamic world.

It also strengthens Turkey’s position in its transactional alliance with Russia and Iran as they manoeuvre to end the war in Syria in a manner that cements Bashar al-Assad’s presidency while addressing Turkish concerns.

Turkey’s position in its rivalry with Saudi Arabia is likely to also benefit from the fact that whatever face-saving solution the kingdom adopts is likely to be flawed when tested by available facts and certain to be challenged by a host of critics, even if many will see Turkey as having facilitated a political solution rather than ensuring that the truth is established.

Already, Mr. Khashoggi’s family who was initially quoted by Saudi Arabia’s state-controlled media as backing Saudi denials of responsibility, insinuations that his fate was the product of a conspiracy by Qatar and/or Turkey and the Muslim Brotherhood, and casting doubt on the integrity of the journalist’s Turkish fiancée, has called for “the establishment of an independent and impartial international commission to inquire into the circumstances of his death.”

Turkey and Saudi Arabia differ on multiple issues that divide the Muslim world. Turkey has vowed to help Iran circumvent Saudi-supported US sanctions imposed after Mr. Trump withdrew in May from the 2015 international agreement that curbed the Islamic republic’s nuclear agreement.

Turkey further backs Qatar in its dispute with a Saudi-United Arab Emirates-led alliance that has diplomatically and economically boycotted the Gulf state for the last 16 months. The credibility of the alliance’s allegation that Qatar supports terrorism and extremism has been dented by the growing conviction that Saudi Arabia, whether in a planned, rogue or repatriation effort gone wrong, was responsible for Mr. Khashoggi’s killing.

Mr. Khashoggi’s death, moreover, highlighted differing approaches towards the Brotherhood, one of the Middle East’s most persecuted, yet influential Islamist groupings. Saudi Arabia, alongside the UAE and Egypt, have designated the Brotherhood a terrorist organization.

Many brothers have sought refuge in Turkey with Mr. Erdogan empathetic and supportive of the group. A former brother, Mr. Khashoggi criticized Saudi repression of the group.

The Saudi-Turkish rivalry for leadership of the Muslim world was most evident in the two countries’ responses to Mr. Trump’s recognition of Jerusalem as the capital of Israel and his as yet unpublished plan to resolve the Israeli-Palestinian conflict.

Turkey emerged as the leader of Islamic denunciation of Mr. Trump’s move of the US embassy from Tel Aviv to Jerusalem and recognition of the city as Israel’s capital after Prince Mohammed tried to dampen opposition. Ultimately, King Salman was forced to step in a bid to clarify the kingdom’s position and counter Turkish moves.

No matter how Turkey decides to officially release whatever evidence it has, Saudi Arabia figures out how to respond and halt the haemorrhaging, and Mr. Pompeo holds talks with King Salman and Mr. Erdogan, Turkey is likely to emerge from the crisis strengthened despite its increasingly illiberal and increasingly authoritarian rule at home,

Turkey’s success is all the more remarkable given that it has neither Saudi Arabia’s financial muscle nor the mantle the kingdom adopts as the custodian of Islam’s two holiest cities, Mecca and Medina.

A successful political resolution of the Khashoggi crisis is likely to earn it the gratitude of the Trump administration, Saudi Arabia, and its other detractors like the UAE who support the kingdom even if it may help it to regain popularity in the Arab world lost as a result of its swing towards authoritarianism, alliance with Iran and Qatar, and support for Islamism.

One immediate Turkish victory is likely to be Saudi acquiesce to Mr. Erdogan’s demand that Saudi Arabia drop its support for Kurdish rebels in Syria that Ankara sees as terrorists – a move that would boost Turkey’s position the Turkish-Russian-Iranian jockeying for influence in a post-war Syria. Turkey is also likely to see Saudi Arabia support it economically.

Turkey may, however, be playing for higher stakes.

Turkey “wants to back Saudi Arabia to the wall. (It wants to) disparage the ‘reformist’ image that Saudi Arabia has been constructing in the West” in a bid to get the US to choose Ankara as its primary ally in the Middle East, said international relations scholar Serhat Guvenc.

Turkey’s relations in recent years have soured as a result of Turkish insistence that the US is harbouring a terrorist by refusing to extradite Fethullah Gulen, the preacher it accuses of having engineered the failed 2016 coup; detaining American nationals and US consulate employees on allegedly trumped up charges, cosying up to Russia and purchasing its S-400 surface to air missile system, and aligning itself with Iran. Relations were further strained by US support for Syrian Kurds.

Mr. Trump, however this week heralded a new era in US-Turkish relations after the release of Andrew Brunson, an evangelist preacher who was imprisoned in Turkey for two years on charges of espionage.

Mr. Guvenc argued that Turkey hopes that Saudi Arabia’s battered image will help it persuade Mr. Trump that Turkey rather than the kingdom is its strongest and most reliable ally alongside Israel in the Middle East.

Said journalist Ferhat Unlu: “”Turkey knows how to manage diplomatic crises. Its strategy is to manage tensions to its advantage.” 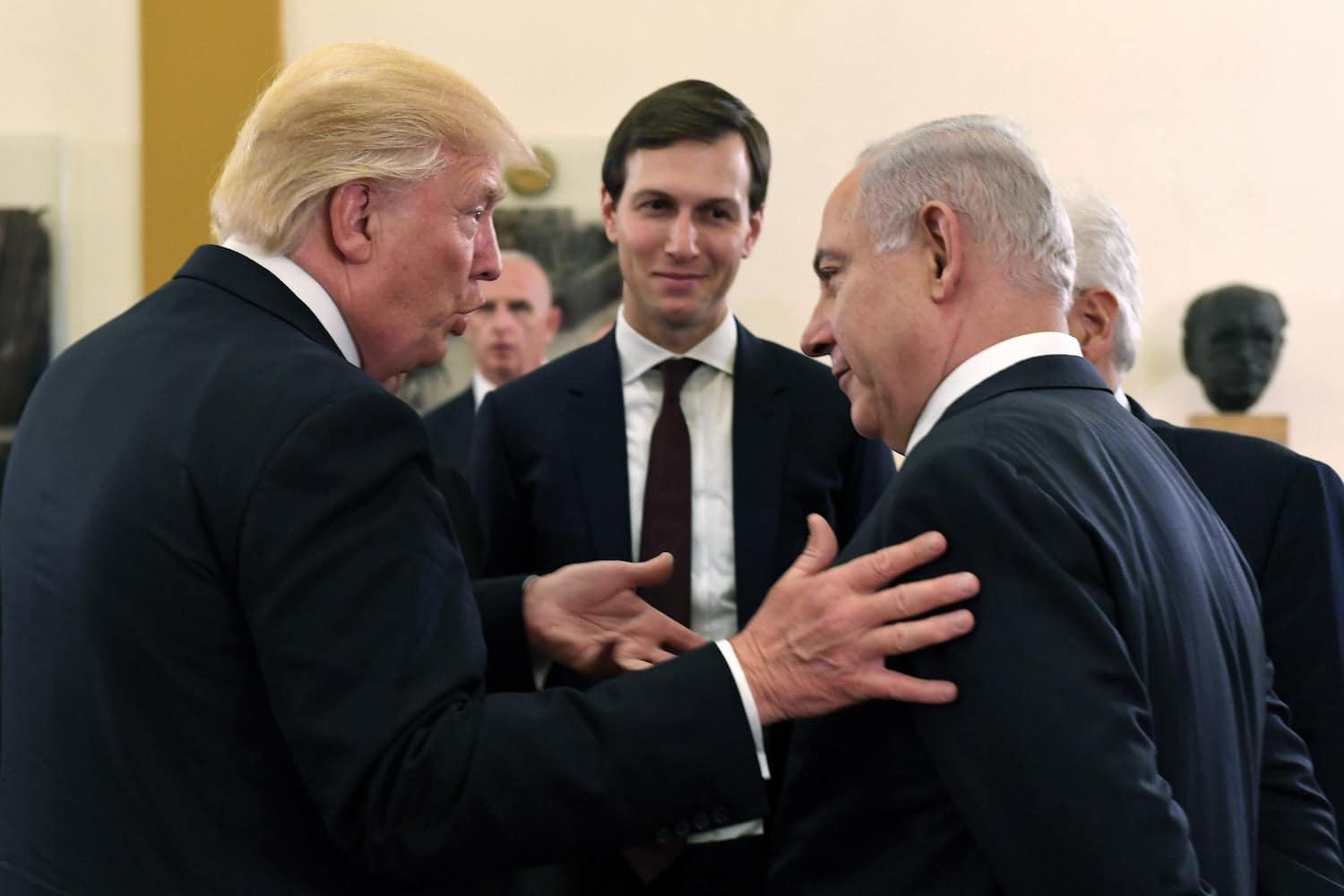 In mid-October 2018 rumours about Trump’s long-awaited Middle East peace plan were flying around the Israeli media. On the 22nd one TV channel reported a conversation between Donald Trump and the Fr
Read More 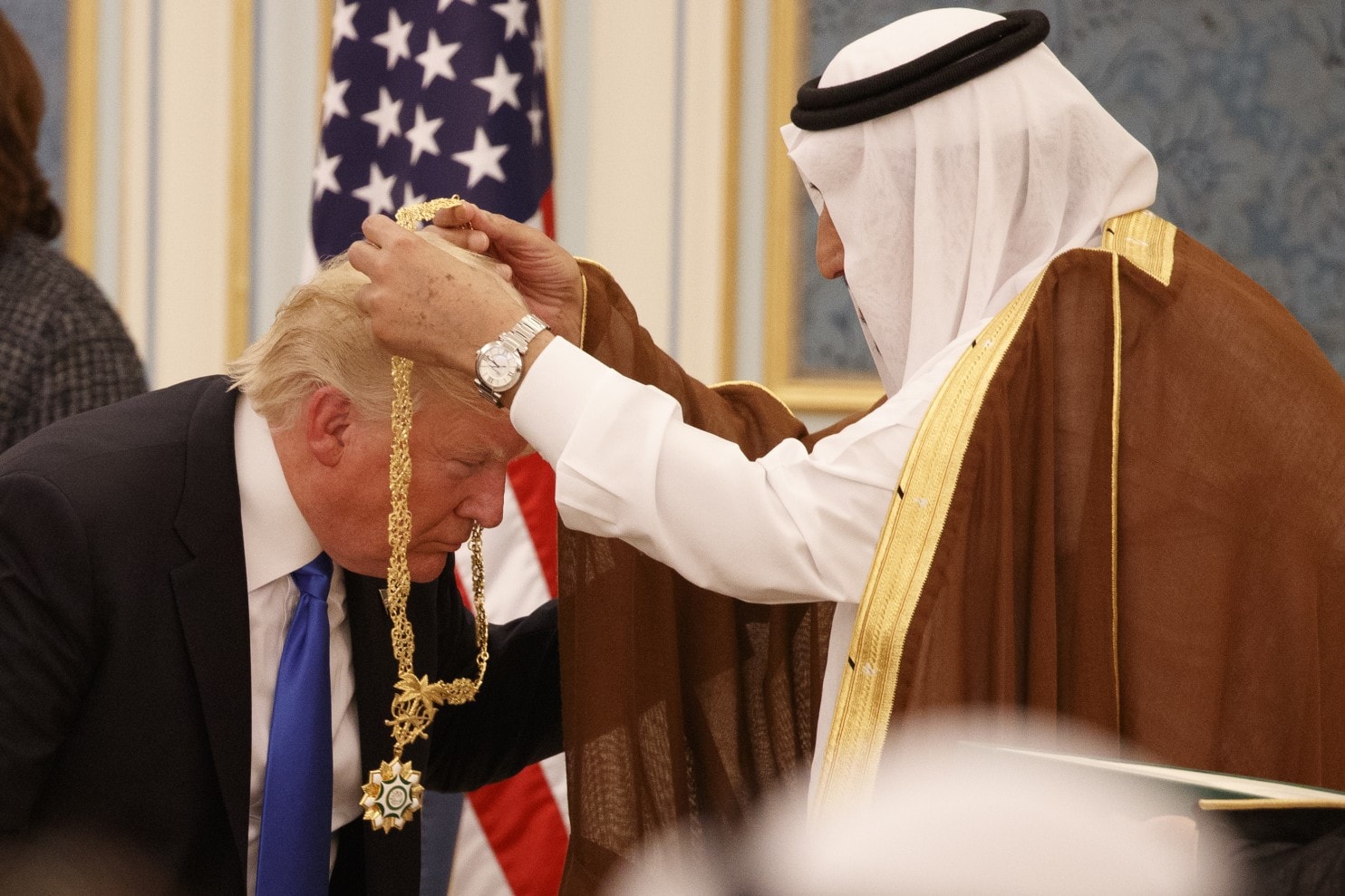 Khashoggi Crisis: (Re)Shaping US Politics and Relations with Saudi Arabia

The killers of Saudi journalist Jamal Khashoggi may have gotten more than they bargained for. The killing has sparked multiple battles that are likely in coming months to shape relationships rangin
Read More 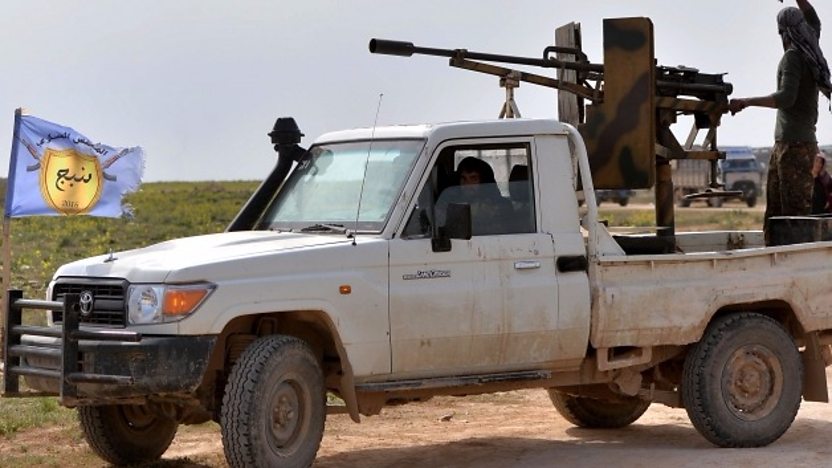 Islamic State – the Worldwide Caliphate that never was 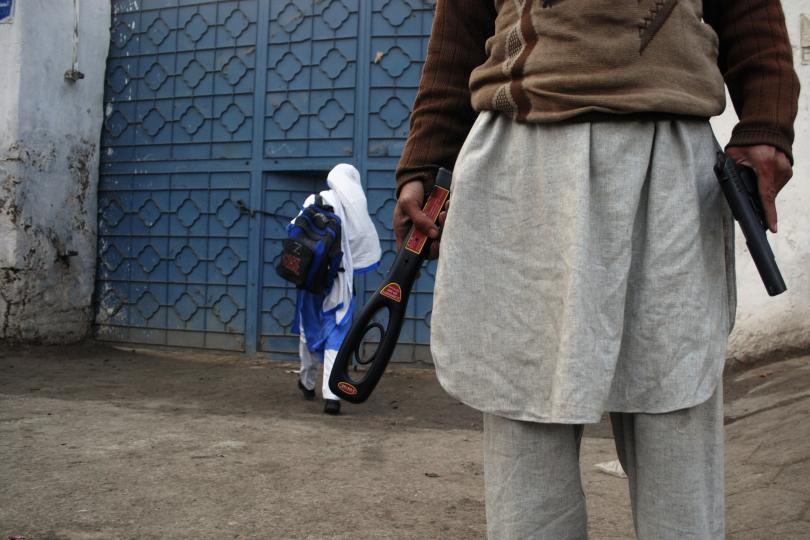 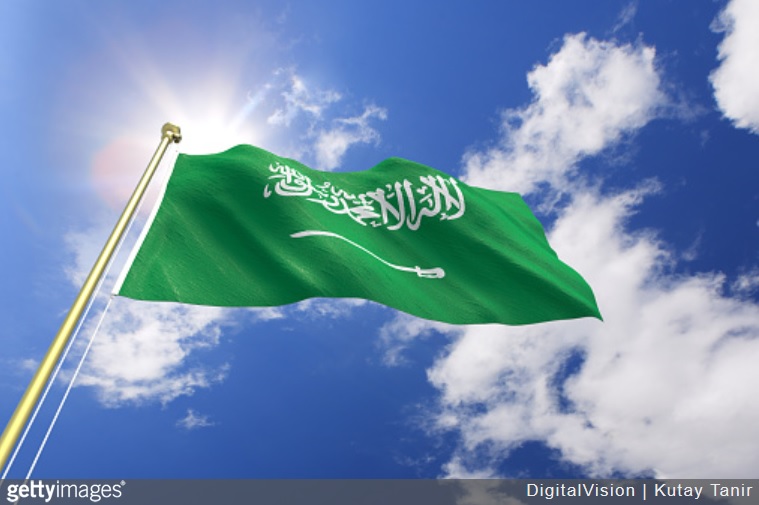 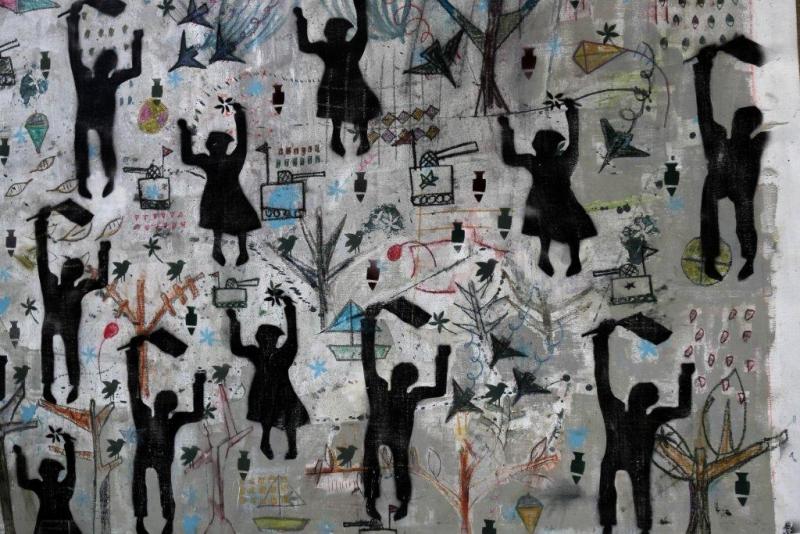