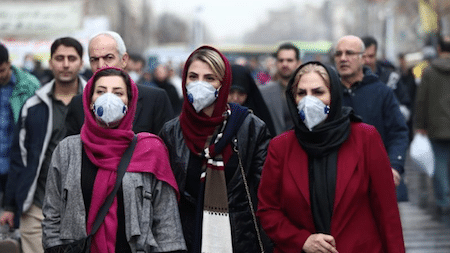 On 14 June 2020, Iranian authorities announced a rapid increase of Covid-19 deaths. More than 100 deaths were reported within the last 24 hours, taking the total death toll up to 8,837.

“This is an unpredictable and wild virus and may surprise us at any time.“ Health Ministry spokeswoman, Sima Sadat Lari, said on Sunday, 14 June 20.

Following a short decrease of new cases, the number of infections has significantly increased again, making Iran the hardest hit country in the Middle East.

Since April 2020, Iran has gradually lifted restrictions aimed at curbing the spread of the virus to ease pressure on an economy already collapsing under US sanctions. This also meant that the distance rules and contact restrictions in the population were no longer taken seriously.

According to the Ministry of Health, only about 30% of people in the country currently comply with the hygienic guidelines. Health experts see this as the main reason for the increase of infections.

The summer did not bring about a massive decrease in the risk of infections as expected. Quite the opposite: The hot southern provinces of Iran in particular are currently the so-called “red zones” with the most corona deaths and new cases across the country.