I am an American surgeon who recently spent two weeks working in an underground hospital in eastern Aleppo, Syria. I have been there a few times, and each time I go, I descend into lower depths of hell. What I witnessed in two weeks is a fraction of what Syrians endure on a daily basis.

There are innocent people dying all over Syria but in Aleppo massacres occur almost daily. Russian and regime helicopters and jets drop bombs on civilians, homes, schools, markets, and hospitals. Such airpower has wreaked havoc and a disproportionate amount of death, destruction, and displacement.

Whereas I get to go home, the medics and rescue workers I met risk their lives daily. The White Helmets are also there. Their base was just a few blocks away from the hospital. But there are so few of them left. Aleppo is their home, and they will not abandon their communities.

The hospital where we worked operates out of a basement and is fortified like a bunker with barrels and sandbags on the outside. It has been hit by airstrikes so many times that no one dares to use the top floors. No hospital should have to be built this way. The month of July saw 43 attacks on hospitals in Syria – that’s one every 17 hours.

The hospital after an airstrike would be overrun with patients trying to seek care through the front door. Side to side on the same bed. Lying on floors smeared with blood. Crushed skulls. Dismembered bodies. Mangled limbs. Dead children wrapped in thin white shrouds then taken to be buried. Shock and horror becomes the daily routine, and you just have to accept it. We can’t save everyone. There’s very little help, very little medicine, and very little blood to transfuse. And you make decisions to save one at the expense of the other.

I do not claim to have the solution to the Syrian war. People say what is happening in Syria is complicated.

In my opinion, there is nothing complicated about allowing a government to systematically starve and bombard hundreds of thousands of people to death. The targeting of hospitals, the indiscriminate bombardment of civilians — that is not the solution.

Apathy and inaction on the part of the international community is also not the solution.

Ask any doctor, any nurse, any rescue worker on the ground what is one thing we can do to help them. They will all say the same thing: “Stop the barrel bombs. Stop the missile strikes. Stop the bombing and the starving.”

The answer is not solely more humanitarian aid. This conflict must be engaged with and solved by presidents and ministers. Without any global public and political will to do so, nothing will happen.

Please add your name to demand that Syrian skies are cleared of Russian and Syrian government planes and their deadly cargo.

If we don’t act now there will be no hospitals left to save. 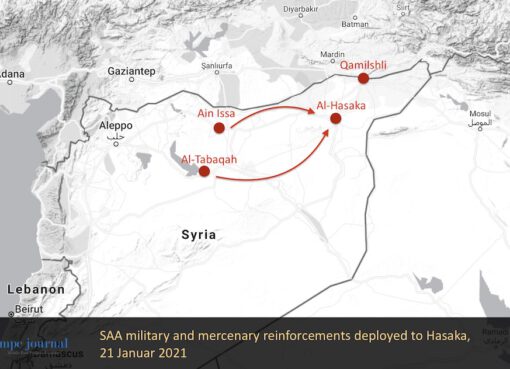