Who Says Popular Quest for Change in the Middle East Has Been Quelled?‏ A series of recent mass protests in several Arab countries have called into question suggestions that civil wars, brutal crackdowns and military coups and interventions have quelled popular willingness to stand up for rights in the Middle East. The protests, although focussed on specific social and economic demands, fundamentally have the same objectives as popular revolts four years ago that toppled four autocrats: dignity, social justice and greater freedoms.

The civil wars in Libya and Syria, Saudi military intervention in Bahrain and Yemen, the Gulf-backed military coup in Egypt, and the rise of the Islamic State seemingly put hopes for a democratic transition in the Middle East and North Africa to bed. The struggle against jihadist extremism and populations cowed by the violence and the brutality that counterrevolutionary forces were willing to employ had buried any chance of renewed civic protest.

Protesters in Lebanon, Iraq and Egypt are voting down that notion with their feet. Lebanon’s protest slogan, ‘You Stink,’ refers to much more than the piling up of garbage on the streets of Beirut and a government that can’t even put an efficient waste management system in place. It refers to a mainstay of governance across the Middle East and North Africa that is characterized by systemic corruption, a total lack of transparency and accountability, and a willingness to brutally suppress dissent.

The Lebanese protests go even further. They constitute evidence that sectarian divides between Sunni and Shiite Muslims, often at the expense of non-Muslim minorities, are artificially manufactured by autocrats ruthless in their effort to ensure survival of their regimes. Members of the 18 sects that make up the Lebanese mosaic suffer equally from the penchant smell of uncollected garbage and associated health hazards.

The initial heavy handed Lebanese security force response to the protests suggested that Arab leaders had learnt little from the experience of 2011. Police brutality egged on by suspected provocateurs among the demonstrators fuelled the protests much like what happened in Bahrain four years ago and what helped transform a popular revolt in Syria into a brutal civil war. Lebanese with memories of a bloody civil war that wracked their country from 1975 to 1990 are steadfast in their demands but determined to ensure that their protests do not get out of hand.

In a similar vein, hundreds of thousands of Iraqis have spilled in recent weeks into the streets of Baghdad and southern cities like Basra every Friday to protest corruption and demand an improvement in basic public services. Sunnis and Shiites are among the protesters in a country that has been at war for much of the 12 years since the US toppling of Saddam Hussein in 2003, been shaped by sectarian politics since, seen its minorities brutalized and forced to leave, and has lost significant territory to the Islamic State that represents the most brutal expression of sectarian hatred. Protesters chanted “Sectarianism is dead” and “They are stealing from us in the name of religion!”

Much like the self-immolation of Tunisian street vendor Tarek Al-Tayeb Mohamed Bouazizi in December 2010 sparked the Arab revolts that toppled the leaders of Tunisia, Egypt, Libya and Yemen, the Iraqi protests were fuelled by the killing by security forces in July in Basra of a young protester, Muntather Al-Halfi.

“We are tired of the conditions that we are forced to endure in Iraq. Politicians have no understanding of the daily struggles people face. Some high-ranking officials…are protected by their privileged status and they don’t care about our situation… Our fundamental rights to essentials such as education, health, housing, work, food, access to potable water and electricity have been compromised since Saddam Hussein’s regime fell 12 years ago,” Iraqi artist Nibras Hashim told an online news service.

“Politicians made them believe that all this was due to religious divisions. These protests are a political awakening, a revival of people’s consciousness. It’s also a symbol of unity: during the demonstrations, we march together, both those who are secular and religious, Sunni or Shiite. Together, we form one body with no particular group coming out on top,” Hashim went on to say.

Unlike Lebanon and Iraq, Egypt is a far more homogeneous society with a Coptic minority that has largely been supportive of the repressive regime of general-turned-president Abdulfattah Al-Sisi. Nonetheless, militant soccer fans and students have staged 807 anti-government protests between October of last year and June of this year, according to Democracy Index.

Mortada Mansour, the controversial larger-than-life president of storied Cairo club Al Zamalek SC said this week that members of the Ultras White Knights, the militant fans of the club, would be arrested on their return from Tunisia for shouting insulting chants against the Egyptian military and policy as well as him during a match in Tunis. “The names of those who insulted President Al-Sisi, the army and police are now with airport security who are waiting for their return,” Mansour said

That makes it even more startling that the fans’ and students’ nemesis, the feared and despised police force, has joined the fray. Security forces were called in to squash protests in defiance of Egypt’s draconic anti-protest laws by low-rank police officers in several Egyptian governorates, including Cairo, in demand of demanding better employment benefits and bonus payments.

Separately, tax authority employees demonstrated against the introduction of a new civil service law designed to streamline Egypt’s unwieldly bureaucracy. The Interior Ministry accused the policemen, the bottom of the heap of the 1.7 million strong Egyptian security forces, of being supporters of the outlawed Muslim Brotherhood, who’s democratically elected President Mohammed Morsi was removed by Al-Sisi from office, of endangering Egyptian security at a time that the country was confronting a jihadist insurgency.

Leaders in Lebanon and Iraq have responded in more conciliatory terms. Iraqi Prime Minister Haidar al Abadi promised to root out corruption and streamline his government. Lebanon’s cabinet put its paralysis on full display when met it this week to discuss the crisis. Rather than announcing immediate steps to rid Beirut of its garbage it referred the issue to a ministerial committee.

The renewed protests may not immediately topple regimes like they did in 2011 but they do reflect fundamental change in the Middle East and North Africa with anger and frustration over corruption and incompetent and repressive government bubbling at the surface. They also suggest that the largely short-lived success of the 2011 revolts has not extinguished a deep-seated desire for change and a willingness to take to the streets.

The power of the protests is reflected in the fact that major political figures and groups including Lebanon’s Hezbollah and the Hariri movement, Iraqi Shiite leader Grand Ayatollah Al-Sayyid Ali Al-Husseini Al-Sistani and Iraqi Shiite militias have either declared their support or joined the demonstrations. The wide support is both an asset and a liability with established groups linked to government likely to want manipulate the protests to serve their political purpose.

Moreover, like most protest movements, demonstrators in Lebanon and Iraq agree on what they don’t want: continued corruption and government that is unable to provide public goods and services. Their Achilles Heel is that views run the gamut on how their goals can be achieved and what system of government will ensure that. The protesters further lack the political experience and organization to effectively influence powerful political groupings that have their own agendas and governments who embrace their demands with varying degrees of sincerity.

Nonetheless, the message the protesters are sending is addressed not only to the region’s rulers. It is also addressed to their international backers. The peaceful protests and extremist jihadism are two sides of the same coin: they are expressions of deep-seated discontent among restless populations that no longer are willing to subject themselves to inefficient, corrupt and arbitrary rule. The likes of the Islamic State can only be truly defeated if as much effort is invested in addressing the region’s political and social governance issues as is put into military campaigns and repression. 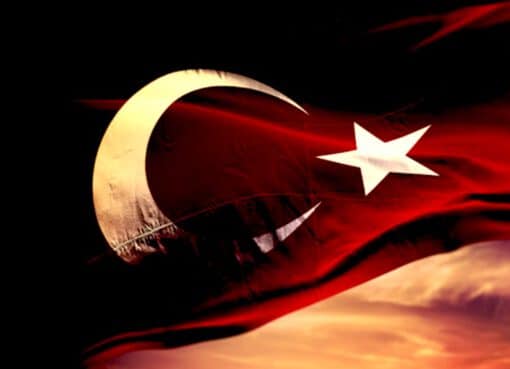 A link between Bashar Assad regime and the rise of the so-called Islamic State does not come as a surprise to many Syrians. Unlike the image the regime has been trying to sell to world media that
Read More