Europe is likely to shoulder the brunt of the fallout of a rapidly escalating crisis over Ukraine. Middle Eastern states could prove to be a close second.

That is no truer than for Turkey and Israel, whose management of the Ukraine crisis could determine their ability to protect perceived core national interests.

Indeed, for NATO-member Turkey, the stakes could not be higher. Its 2,000 kilometre-long Black Sea coastline stretching from the Bulgarian border in the West to Georgia in the East is the longest of any of the Sea’s littoral states,  including Russia and Ukraine.

The Black Sea ranks on par with Turkey’s determination to prevent at any cost a permanent autonomous, let alone independent, Kurdish presence on Syrian soil.

“Ukraine is like a dam that stops further Russian influence and pressure in the region. If Ukraine falls, it will have direct implications on Turkey,” warned a Turkish official.

Turkey’s stakes are magnified by last year’s discovery of a natural gas field in its Black Sea littoral waters that, according to Energy Minister Fatih Donmez, could by 2027 provide nearly a third of Turkey’s domestic needs.

As the crisis in Ukraine escalates, Turkey could discover that protecting both of those interests may no longer allow it to perform its virtuoso balancing act. Turkey has been maintaining a fragile partnership with Russia sustained by careful management of differences while remaining a Western ally committed to the defense of the Western alliance.

Turkish economic and military support of Ukraine and Crimean Tartars and its refusal to recognize the 2014 Russian annexation of Crimea fit well with Turkey’s tightrope act and was aligned with NATO policy.

Russia’s recognition this week of the breakaway Ukrainian republics of Donetsk and Luhansk and the moving of Russian troops into those regions threatens to throw Turkey off its tightrope and create a Catch-22 for Ankara.

The imposition of US and European sanctions against Russia is likely to be the straw that breaks the back of the Turkish tightrope act.

“Syria remains Turkey’s soft spot. For that matter, Russia is likely to put pressure on Turkey through Syria,” said Turkey scholar Galip Dalay. “At a broader level, Russia and Turkey have cooperated and competed with each other through the conflict spots in the Middle East and North Africa. However, Moscow has been less open to repeating this experience with Turkey in the ex-Soviet area.”

Days before the recognition of the Ukrainian regions, Russian Deputy Foreign Minister Michael Bogdanov fired a shot across Turkey’s bow. Mr. Bogdanov declared that Syrian Kurdish participation in diplomatic efforts to negotiate a post-war settlement in Syria was necessary to prevent Kurdish secession and ensure the unification of the war-ravaged country.

Speaking to state-controlled Russian RT television, Mr. Bogdanov noted that the Syrian Democratic Council (SDC) controls large areas east of the Euphrates River. The region is pockmarked by a patchwork of military forces from Turkey, Russia, the United States, Syria, the Kurds, and various militant and jihadist groups.

US cooperation with the Kurds in the fight against the Islamic State has been an irritant in relations between Ankara and Washington because of Turkish assertions that the SDC is linked to the Kurdish Workers Party (PKK).

Designated a terrorist organization by Turkey, the United States, and Europe, the PKK has waged a low-intensity war in southeastern Turkey for almost four decades that has cost the lives of tens of thousands.

Russian President Vladimir Putin has sought to fend off a potential further Turkish incursion by agreeing to joint Russian-Turkish patrols in a region where Turkey has already built a chain of outposts as a buffer with Russian and Syrian regime forces.

However, Turkey accuses Russia of failing to fulfill its pledge to disarm Kurdish fighters in a 30-kilometre area along the Syrian-Turkish border.

For its part, Israel doesn’t share physical land or maritime borders with either Russia or Ukraine. Still, it is discovering that its ability to counter Iran and its Lebanese ally, Hezbollah,  militarily in Syria may depend on its approach to the Ukraine crisis.

Earlier this month, Russian Foreign Ministry spokeswoman Maria Zakharova condemned Israeli strikes against targets in Syria as “a crude violation of Syria’s sovereignty.” She warned that they “may trigger a sharp escalation of tensions.” Ms. Zakharova added that “such actions pose serious risks to international passenger flights.”

The Russian warning came weeks after Russia announced that joint Russian-Syrian air patrols had become routine. The announcement came after one of the first patrols flew along the Israeli-occupied Golan Heights that divide Israel and Syria.

Israeli Defense Minister Benny Gantz defiantly insisted in response that “we will continue to prevent the Iranian entrenchment that is eating Syria up from the inside. This is a supreme interest for the Syrian people and the regime: to stabilize, to remove Iranian forces from their territory and allow the country to be rehabilitated.”

At the same time, Foreign Minister Yair Lapid acknowledged that ” “We have a kind of border with Russia” given the Russian military presence in Syria in support of President Bashar al-Assad.

Mr. Lapid noted further that Israel has sizeable Russian and Ukrainian Jewish communities and that a significant number of Jews are resident in the two feuding countries.

As a result, Israel, caught in a bind similar to Turkey’s, scrambled to avoid further provoking Russia’s ire. It announced that it was banning Baltic states from transferring to Ukraine weapons with Israeli components.

In contrast to Turkey that may feel it has greater maneuverability in its relations with Russia, China, and the United States, Israel feels that its options, like in the case of China, are more limited when it comes to Russia. It cannot afford to put its relations with Washington at risk.

Dr. James M. Dorsey is an award-winning journalist and scholar and a Senior Fellow at the National University of Singapore’s Middle East Institute. 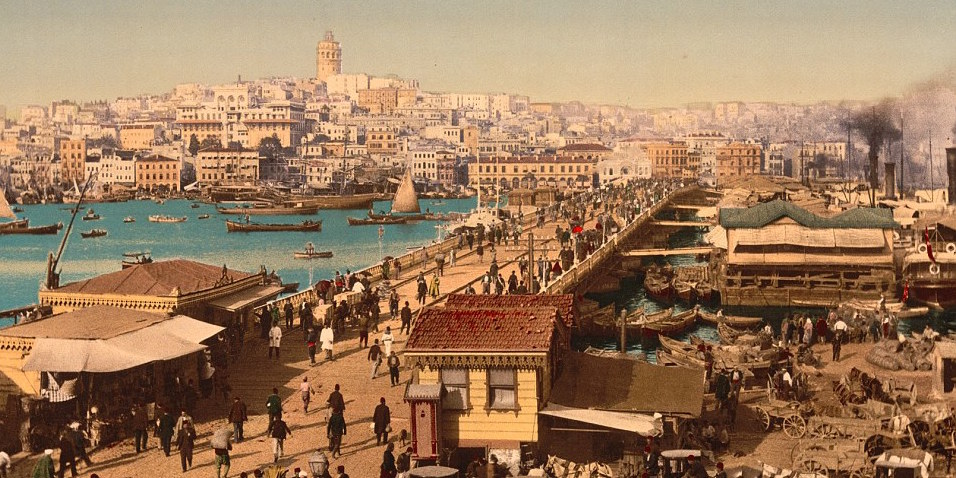 It was once the largest and wealthiest city in Europe, and a series of stunning postcard images now reveals what life was like on its streets. The ancient architecture of Constantinople, in Turkey, is
Read More 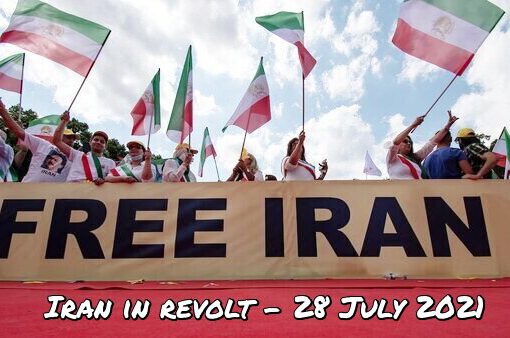 Despite more than forty years of living under a rigid and repressive theocratic regime, Iranians are not people to take government failure or flagrant abuse of power lying down.  Time and again t
Read More