Riyadh has repeatedly been accused of kidnapping and sending dissidents back to the Gulf kingdom, accusations it denies.

Jamal Khashoggi walked into the Saudi consulate in Istanbul on Tuesday to pick up a document. Handing his phone to his fiance, he told her to call for help if he did not come out.

Hours later Khashoggi was nowhere to be seen, raising fears that the outspoken Saudi journalist had been kidnapped and possibly rendered to Saudi Arabia.

Since then, the Turkish police have launched a probe and claimed that Khashoggi was murdered inside the consulate. A claim Saudi Arabia has ridiculed.

Despite the denials, the oil-rich kingdom is an absolute monarchy and has a track record of refusing to tolerate dissent by its citizens – both domestically and abroad.

In the last year alone, the Twitter account, Prisoners of Conscience, noted that Saudi Arabia has detained more than 100 Saudi academics, activists and Islamic scholars,

Below is a breakdown of just some of the Saudi citizens, including dissidents and princes, suspected of being abducted, assassinated, or disappeared by Saudi Arabia abroad over the space of many years.

Riyadh has denied all these accusations.

Founder of the Arabian Peninsula People’s Union (APPU), Naser al-Sa’id is regarded as being the first and most prominent opposition figure to the Saudi royal family. Having begun his opposition work in the 1950s, where he ran an opposition radio programme.

Sa’id then moved to Yemen to set up an office for the APPU before going to Beirut where he disappeared in 1979, the same year he praised a fringe group for its takeover of the grand mosque in Mecca. Sa’id’s whereabouts remain unknown until this day, but many suspect the Saudis are behind his disappearance.

In 2003, Prince Sultan bin Turki was abducted from Geneva after he openly called for reforms in the Gulf kingdom. Court testimony claim that the prince was lured to a meeting outside Geneva and subsequently drugged after resisting attempts to put him on a plane to Saudi Arabia.

His staff told a Swiss court that the prince was returned to Saudi Arabia against his will. During court proceedings in 2016, Turk’s communication director said that the Saudi ambassador to Switzerland came to Turk’s hotel room in Geneva and ordered everyone to leave.

Riyadh denied these claims and said Turk was summoned back to the kingdom to resolve a dispute over his comments. Unlike other princes detained by Saudi Arabia, Turk was not a minor royal. He was first detained in a prison, then placed under house arrest in a hotel, and later freed.

Turk then fled to Geneva where he launched a civil case in 2016 against the Saudi government over his kidnapping.

Prince Turki bin Bandar Al Saud, a former police chief, was suspected of being abducted and rendered to Saudi Arabia. He left the Gulf kingdom following a family dispute over an inheritance claim, that later landed him in prison.

Bandar subsequently moved to Paris, where he began posting videos online in 2012 calling for reform until 2015. His whereabouts remain unknown, but a newspaper in Morocco reported that instead of going back to Paris, Moroccan authorities detained the dissident prince and deported him to Riyadh, at the request of Saudi Arabia.

Saud had a track record of being critical of the Saudi government. Considered to be a relatively minor royal, he regularly vocalised his criticism of the Saudi royal family on Twitter.

In one example in 2014, Saud demanded the prosecution of Saudi royals who supported the overthrow of Egyptian President Mohamed Morsi.

But his decision in 2015 to publicly endorse two letters that called for a coup against King Salman may have cost him his freedom. A dissident prince told the BBC that al Nasr may have been tricked into boarding a flight to Saudi Arabia without knowing it. His whereabouts remain unknown.

Famed for her role in the campaign for women to drive, Loujain al Hathloul has a track record of campaigning for female rights inside Saudi Arabia. The 29-year-old activist has been arrested and released on numerous occasions.

She was rendered to Saudi Arabia from the UAE in December 2014, according to the Washington Post, after being stopped by Emirati security officers in Abu Dhabi where she studied.

She was subsequently banned from leaving the country and using social media. The activist was arrested again in May 2018 and imprisoned on charges for attempting to destabilise the kingdom.

Investment in building cinemas in Saudi Arabia is expected to generate $1.33 billion in 2020, according to data published ahead of Cinema Build KSA 2020, which takes place in Riyadh from 19-20 Febru
Read More 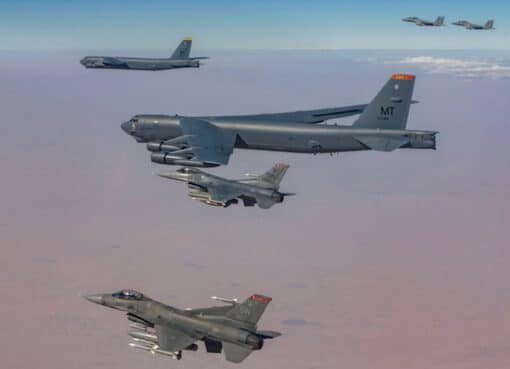