the Washington-based Pew Research Center, founded in 1996, has made its name by investigating the issues, attitudes and trends shaping the world.  Part of its early work involved studying the last generational cohort before the millennium.  It named them the Millennials, which it defined as anyone born between 1981 and 1996.  The subsequent generation – that is, people born between 1997 and 2012 – have become known as Generation Z, or more simply Gen Z.

On September 13 Mahsa Amini, a 22-year-old Iranian woman from a Kurdish family, was with her brother in Tehran when she was arrested by Iran’s infamous “morality police” for what was claimed to be “improper” hijab.  Mahsa, who also went by the Kurdish name Jhina, was taken to the Vozara Detention Centre, where she collapsed.  Three days later she died. According to media reports, she had been beaten on the head with a baton, and her head had been banged against a vehicle. The authorities stated that she died of natural causes.

Mahsa’s death sparked nationwide protests.  Thousands took to the streets in cities across the country, including in Tehran, Isfahan, Karaj, Mashhad, Rasht, Saqqes and Sanandaj.  Security forces responded with live ammunition, pellet guns and tear gas. By October 6 the civilian death toll was reported to have risen to at least 133, and the authorities – shaken by global media reports of brutality perpetrated by the police – had taken to arresting journalists.  The Committee to Protect Journalists (CPJ) published on its website a list of 35 arrested up to October 6.

Widespread anti-regime protests have erupted more than once in the 43 years since Iran’s Islamic Revolution, but there is a fundamental difference between previous waves of demonstrations and what is happening today.  In the current nationwide riots a prominent role is being played by the Iran’s Generation Z, also known as Zoomers. According to the ultra-conservative Javan Daily, a paper affiliated to Iran’s IRGC (Islamic Revolutionary Guard Corps), “93% of the protesters” are no older than 25 which, it observes, marks the rise of a “new generation of rioters in the country.”

Iran’s Zoomers are seen within the country as extremely skeptical about the world. They are believed to have no interest in politics, religion, customs, and traditions.  What they do have is much greater access to information and the outside world than their parents and grandparents.  Online social media has given them a platform to voice their concerns, and the courage to speak out.

The old-established Washington-based Middle East Institute recently undertook an analysis of Iran’s Gen Z population.  It concluded that this generation tends to question authority, does not believe in the red lines drawn by society or the regime, and is unwilling to take anything for granted, including religion and the country’s laws and regulations.  Gen Z’s mass reaction to what they perceived as the state-sponsored killing of one of their own, 22-year-old Mahsa Amini, was not their first clash with authority. In 2014 tens of thousands showed up to attend the funeral ceremony for Morteza Pashaei, a famous young pop star. Never before had there been a massive ceremony for a music icon who would be considered a threat to Islamic values. Over the years there have been other mass gatherings of the young that were dispersed by the police and involved arrests and criminal charges. That today’s nationwide protest is being led by Gen Z young people should have come as no surprise to the authorities.  Over the last few years there has been a succession of warnings issued by academic bodies and researchers.

In December 2017 the sociologist Saeed Razavi Faqih published a paper about Iran’s Gen Z.  “This new generation has completely different demands, trends, and views,” he wrote, “and basically shares no common language with the managers and officials of the country’s administration.”  Just wait until they realize their political clout, he warned.  They will “transform everything.”

In the early months of 2018 Iran faced its most widespread and sustained wave of public protests in a decade, fostered by long-standing grievances. A study conducted by the state-backed Office of Cultural Studies investigated, and concluded that in addition to the usual “political, economic and social dissatisfaction,” the Islamic Republic now faced a new problem: the “deep generational gap.”

A more recent warning of this sort came in 2019, when Sobhe Sadegh, the weekly publication of the IRGC, described Gen Z as a possible threat to the Republic’s values that will be difficult to control.  As the writers put it, “their governance will not be as easy as with previous generations.”

Casting around for a scapegoat, Iran first stepped up its military operations against Iraq-based Iranian Kurdish opposition groups. Three sets of drone and missile attacks targeted their party bases in northern Iraq, killing at least nine.  Then Iran turned to the support that Kurdish exiles have given to the protesters, and alleged that the demonstrations were entirely organized by foreign elements.  Iranian Kurdish exiles say their role has been small.

Older generations of Iranians who failed to achieve long-fought-for political and social freedoms during the past four decades are now expressing public admiration for their children and young people. It is echoed around the Iranian diaspora. Iran’s exiled Prince Reza Pahlavi, son of the late Shah, has hailed the protests as the right way to victory.  He is heading a government-in-exile dedicated to bringing genuine democracy to the nation, once the regime is overthrown.

The latest protests have allowed the millions of Iranians living in exile to dream of a different future.  On September 24 and 25 thousands of Iranians in Los Angeles — home to the largest diaspora community of Iranians in the world — as well as in 159 cities across the globe gathered in support of the anti-regime movement.

The Iranian leadership has sought to blame outside agitators for the protests inside the country, but it is young Iranians – the nation’s Gen Z – who are leading the demonstrations and putting their lives on the line.  They are demonstrating to the world that the nation’s youth is coming into its own, that they care nothing for the crazed dreams of world domination cherished by the old men who lead them, and that they seek a way of life in line with what is enjoyed by young people all over the 21st century world.  How long can their dreams be quashed? The Iranian regime cannot throttle the hopes of its own people forever.

Wahhabi clerics in Saudi Arabia seem not to have much to do, so they ban names. While a spokesman at the Interior Ministry in Saudi Arabia denied banning 50 names for Saudi families, there were repor
Read More
9 March 20220288

by Neville Teller At present Israel is in a rather equivocal position on the African political scene.  The issue cannot be resolved until 2023. The problem revolves around the African Union (AU
Read More
17 March 20220258

Can Israel help Europe with its energy needs?

by Neville Teller            Russia’s invasion of Ukraine has resulted in unprecedent unity of action by the Western world.  Acting in concert, the West has impos
Read More 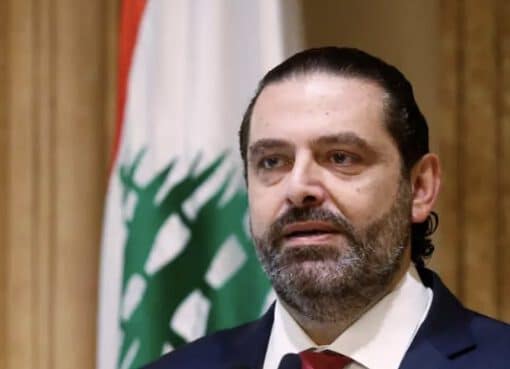