This open access article was published by the Middle East Journal

The glass should have been more than half full rather than half empty. But, with a little help from its friends, Qatar has proven to be its own worst enemy in the court of public opinion. Qatari “soft power” setbacks loom large despite the United States’ praise for the Gulf state’s help in the bungled US withdrawal from Afghanistan in August 2021 and its willingness to work with Europe to help the continent wean itself off Russian energy. Qatar’s ability to mitigate the impact of an almost four-year-long economic and diplomatic boycott led by the United Arab Emirates and Saudi Arabia further garnered it sympathy as the underdog, especially because acceptance of the two states’ demands would have stripped it of its sovereignty.[1]

Moreover, Qatar has taken significant steps to address the concerns of human rights and labor organizations, even though it has yet to meet international standards, and enforcement problems remain. The country has liberalized its kafala labor regime, which left the foreign workers who constitute most of the population at the mercy of their employers; introduced the region’s first minimum income wage; enhanced workers’ rights; and improved working conditions.

Nevertheless, worker, gender, and human rights, together with alleged Qatari ties to Islamists and jihadists, have continued to dominate media reporting in the final stretch leading up to the 2022 World Cup in Doha. The reporting is the result of an explosive mix: legitimate concerns and demands put forward by human rights groups that see the final sprint as an opportunity to advance them; a greater willingness by Qatari and conservative Muslim athletes and sports entities to push back against liberal concerns — particularly the rights of lesbian, gay, bisexual, transgender, queer, and other sexual communities (LGBTQ+) — laid bare by Qatar’s hosting of the World Cup; Qatar’s failure to put the horse in front of the cart in anticipating and responding to concerns such as hotel access for LGBTQ+ fans; and continued, primarily Emirati, effort to covertly muddy Qatar’s water through a well-funded media and influence campaign that sought to exacerbate the Gulf state’s dilemmas.[2]

[1] Frida Ghitis, “Qatar Has Officially Come Back in from the Cold,” World Politics Review, February 3, 2022, www.worldpoliticsreview.com/articles/30295.

In recent years, Turkey and Qatar have found much common ground on a host of foreign policy issues. Both Ankara and Doha have sponsored a variety of Sunni Islamist groups, seen as conduits for their
Read More
12 November 2022051

FIFA Uncovered: A discussion with filmmaker Miles Coleman about his new Netflix documentary

By James M. Dorsey To watch a video version of this story on YouTube please click here. A podcast version is available on Soundcloud, Itunes, Spotify, Spreaker, and  Podbean. The Qatar World
Read More 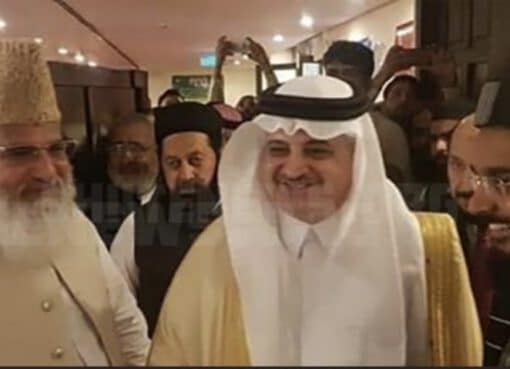 Silent about rising sectarian violence in Pakistan, Gulf states vying for religious soft power risk exposing the limitations of their concepts of an undefined ‘moderate’ Islam that is tolerant and end
Read More

It’s a good time, almost 12 years after the world soccer body, FIFA, awarded Qatar the 2022 World Cup hosting rights and five months before the tournament, to evaluate the campaign to reform the count
Read More