The US withdrawal from Afghanistan was a geopolitical watershed. Its shockwaves continue to reverberate and are magnified by the wars in Ukraine and Yemen.

Coupled with the Russian invasion of Ukraine, the US withdrawal removed a major obstacle to Iranian projection in Central Asia and created an opportunity for Iran to potentially enhance its influence, increase trade, and expand security cooperation in Central Asia.

Moreover, the withdrawal worked in Iran’s favour by putting one more nail in the coffin of an almost 80-year-old alliance between the United States and Iran’s arch-rival, Saudi Arabia.

Already angry at US President Joe Biden’s refusal to deal directly with Crown Prince Mohammed bin Salman because of the 2018 Saudi killing of journalist Jamal Khashoggi, Saudi Arabia saw the bungled withdrawal, along with the US failure to respond robustly to attacks on critical Gulf state infrastructure by Iran and Iranian-backed Houthi rebels in Yemen, as further evidence of America’s increasing unreliability as a security guarantor.

Last month’s revival of security talks between Iran and Saudi Arabia highlighted the arc that links the Ukrainian and Yemeni wars with the withdrawal.

Saudi Arabia is groping for an exit from an eight-year-long war in Yemen that has cost it significant reputational damage and raised questions about its military capabilities.

The talks with Iran broke off shortly after the US  withdrawal. However, they were revived as Russia struggled to achieve some semblance of victory in Ukraine.

The timing highlighted that Iran’s options might be less curtailed by the Afghanistan, Ukraine, and Yemen wars than those of other regional players.

Ukraine has taken Russia out of the equation as a possible guarantor of security or an alternative to the United States as an arms supplier for Saudi Arabia and other Gulf states.

That leaves Saudi Arabia worried about its ability to protect itself despite increased military prowess and an armory filled with some of the world’s most sophisticated weaponry, with no good options.

The kingdom may be looking at China but is likely to discover that it is looking at a power that still lacks the capability and the will to replace the United States and would likely extract a higher price for offering to guarantee regional security.

Few would argue that the scenes of tens of thousands at Kabul airport trying to flee Afghanistan as American troops withdrew inspired confidence in US protection.

The ability of the United States and Europe to bolster Ukrainian resistance will likely have mitigated to some degree the impact of the dramatic pictures from Kabul.

At the same time, Gulf states, if attacked, may not have the wherewithal of the Ukrainians if the 1990 Iraqi invasion of Kuwait is anything to go by. That drives home the Gulf states’ dependence on a third-party security guarantor in the absence of confidence-inspiring multilateral, regional arrangements.

Kuwaitis largely fled Kuwait at the time while a US-led coalition forced Iraq to withdraw. In the wake of Ukraine, Russia is too preoccupied to take on other major military commitments, and China would not entertain the idea. That leaves the US for the foreseeable as the Gulf states’ only alternative.

Viewed from Tehran, the post-US withdrawal world is a different world in which the United States has been humbled and removed from one of its borders.

It is a world where the Taliban-governed Afghanistan is a more immediate problem for Iran than the Gulf states.

In recent days, Iran has reportedly moved additional military forces, including the army’s 88th armored division, to its border with Afghanistan amid rising tensions with the Taliban.

Iranian officials say border guards have acted with “restraint” in the face of alleged provocative actions by Taliban forces.

The troops were ordered to the border after Pakistani militants, based in eastern Afghanistan,  stepped up their attacks inside Pakistan.

Last month, two Pakistani airstrikes in eastern Afghanistan killed at least 40 people, including some civilians. The United Nations said that 20 children were among the dead. The strikes occurred against areas believed to have been from where militants had killed seven soldiers in Pakistan.

Pakistan hasn’t confirmed the airstrikes and declined to comment on the civilian deaths but said earlier that “terrorists were using Afghan soil with impunity to carry out activities inside Pakistan.”

Anti-Iranian protests in Herat and Kabul and the stabbing by an Afghan national of three clerics in Iran also fueled tensions between the two countries.

The incidents cast a shadow over Iranian efforts to capitalise on the fallout in Central Asia of the Russian invasion of Ukraine.

The Taliban’s acting minister for refugees and repatriations, Khalilurahman Haqqani, is expected to visit Tehran in the coming days in an effort to reduce tensions.

“Yemen and Ukraine are not major headaches for Iran. Afghanistan is,” said an Arab diplomat. 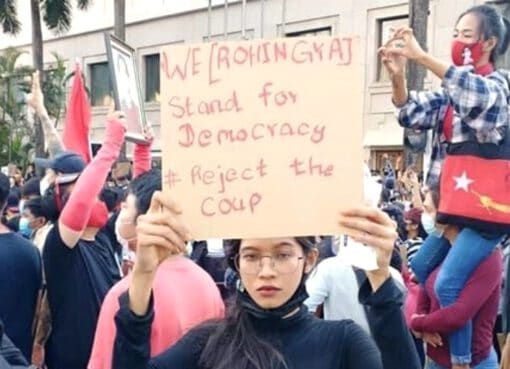