The Syrian Human Rights Network revealed in a report released recently that the Syrian regime is using the issuance of passports as a way to finance its war on the Syrian people and to humiliate dissidents. The report documents the violations against Syrian citizens attempting to obtain passports, revealing the exorbitantly high and unreasonable financial costs of doing so compared to all the other countries of the world.

The 10-page report notes that the Syrian regime has used various Syrian state organs in its efforts to suppress and crush the popular uprising that began in March 2011. The report adds that the Assad regime has not only harnessed the might of the state’s security and military apparatuses to serve the regime’s own interests and cement their brutal hold on absolute power, but has also instrumentalized all Syria’s state institutions, including the Immigration and Passport Institution, whose role has expanded along with a large number of other institutions to the point where it plays a central role in security and political issues. Also, the corruption of the roles and practices of all these state institutions to serve the Assad regime’s interests means that these bodies have become, in effect, a network of Assad family businesses involved in an interconnected system of blackmail and state-backed looting of the Syrian people’s resources and wealth; this means that Syrians’ own resources are used against the people to weaken, humiliate and subjugate the populace, and to continue an open war against anyone demanding a real political transition to democracy.

The report also notes that the continuing and expanding intensity, range and magnitude of the crimes perpetrated against the Syrian people have left millions of Syrians fleeing in fear for their lives, and forced millions in Syria to acquire passports, while millions abroad are required by law to regularly renew their passports. The report makes clear that the process involved in the issuing of passports in Syria which can be divided into two main time periods, has been commandeered by regime-linked mafias, and used by the regime to increase its monetary resources. The report says that the Syrian regime has followed a dual policy in issuing passports; on the one hand, from the beginning of the popular uprising up to April 2015 all applicants, whether inside or outside Syria, were required to obtain approval from branches of the regime’s security departments, meaning that anyone participating in the popular uprising and all regime opponents outside Syria were deprived of the opportunity to obtain passports. Despite this being the official stance, however, the regime also ran an unofficial mafia-style black market operation through which these citizens could obtain passports in return for huge payments of up to US $5,000 per person.

The report adds that the second period began after the Syrian regime issued Legislative Decree No. 17 of 2015, allowing the issuance of passports to all Syrians inside and outside the country without any discrimination between regime opponents or pro-regime citizens, applying the same rules to those who had left the country illegally. This decree subsequently underwent amendments imposed by Decree No. 18 of 2017 which introduced a fast-track passport system that set the consular fee upon the grant or renewal of a passport or travel document for Syrian citizens and persons of equivalent status who are outside the Syrian Arab Republic, immediately and expeditiously, during three working days, at the sum of US$ 800, whilst those using the standard queueing system, which takes between 10 and 21 working day pay a fee of US$ 300. According to the report, this heavy material cost imposed by the Syrian regime regarding the issuance or renewal of passports is exorbitantly high, in fact the highest worldwide.

The report further explains that the maximum period of validity allowed for passports held by opponents of the Syrian regime, who are wanted by the regime’s security services, is two years maximum; as is well known, many countries and airlines require passengers to have passports valid for at least six months before the date of travel; this means that for Syrian dissidents the real practical period for which the passport is valid is 18 months. In addition, a large number of Syrians live in cities or countries with no Syrian consulates, forcing them to make travel arrangements and pay for flights and accommodation simply to renew their passports, and leaving them with no choice but to pay US$800 for an urgent, fast-tracked passport, in addition to paying other expenses in order to finally obtain a passport classed by the ‘Passport Index’ website as the fourth worst national passport in the world.

“The Syrian regime has used the material income it obtained as a result of printing passports for substantial amounts of money in its war against its opponents, the Syrian people, and to continue to pay the salaries of its affiliated militias, in buying and maintaining the ammunition and weapons to bomb areas and cities of Syria, and in continuing to commit more war crimes and crimes against humanity. However, the Syrian regime’s request for a price of 800 dollars for a passport hasn’t seen any international condemnation, nor has there been any effective action by the international community to give the Syrian citizen an alternative to the blackmail of the Syrian regime or to pressure [the regime] to set a rational price like the rest of the world.”

In addition, the report reveals that Syrian citizens face additional violations during the process of passport issuance, in addition to the high material cost, with regime security services still requiring all Syrian citizens to obtain the approval of state security authorities in order to obtain passports. Every applicant for a passport is subjected to a background check, with their name checked against the lists of wanted persons, which is essentially a list of all those who contributed to the popular uprising for democracy.

In addition to obtaining the security services’ approval, every male citizen aged between 20 and 42 and not exempted from the state’s compulsory military service is required to obtain approval from their military division recruitment center, which, according to the report, creates an obstacle for the hundreds of thousands of Syrian people who have refused to join the military institutions mobilized by the Syrian regime to commit a vast number of crimes that constitute war crimes and crimes against humanity, including the killing of hundreds of thousands of other Syrian citizens.

According to SNHR’s database records of cases of arrest and enforced disappearances, the report reveals, the Syrian Network for Human Rights has documented the arrest of at least 1,249 persons, including eight children, and 138 women (adult female), between March 2011 and January 2019 while these individuals were conducting transactions in the immigration and passport departments in several governorates across Syria. This includes 703 individuals were arrested in the immigration and passport departments in Damascus city and its environs, with the report also documenting the most prominent of these cases.

The report adds that Syrian citizens outside Syria also suffer from several types of violations, with the Syrian regime exploiting the absence of any alternative to the passports which it issues regularly, and working to blackmail Syrians in order to amass the largest possible reserve of funds and to bolster its supposed political legitimacy, as well as to inflict the greatest possible humiliation on citizens and to violate their dignity, with the report citing examples of this in many states.

The report calls on the Syrian regime to stop looting the funds of the Syrian people and to set a reasonable price for passports that does not exceed 20 US dollars each, like the rest of the world’s nations, as well as calling on the regime not to use state institutions and resources to finance a war against Syrian society in retaliation for the people’s demands for fair and just democratic political change.

Source: Edited version from the original article on SNHR by Joseph Eid 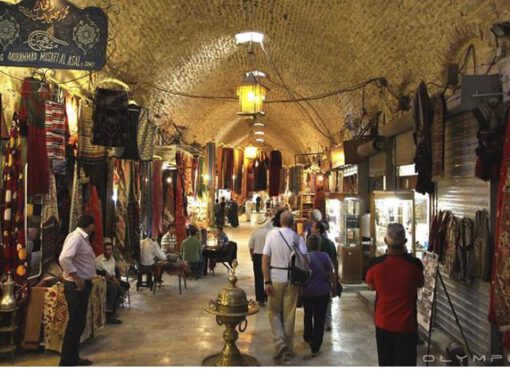