Afghanistan has once again lived up to its reputation as a political minefield and a military quagmire.  In the last two hundred years Britain, the Soviet Union, and most recently the US (allied to NATO and a Western coalition) have all invaded.  All have been forced to retire with little to show for their efforts.

When US ground troops entered the country in October 2001, the Taliban controlled some 90 percent of Afghanistan.  President George W Bush was determined to remove them and hunt down the al-Qaeda perpetrators of the 9/11 attacks on the States.   By July 3, 2021, when the US military handed over their main Bagram airbase to Afghan government forces, the Taliban still controlled some 40 percent of the country, and was on the offensive.  It had withstood the worst that the world’s greatest military power had been able to throw at it, and had emerged bloodied, but unbowed.

Early in the campaign, former coalition commander US general Dan McNeill is reported to have said: “To do this properly, I need 500,000 men.”  Coalition forces never numbered more than 130,000.

So two decades spent by the coalition in intensive military action against the Taliban, in converting Afghan government forces into a disciplined and well-trained militia, and in establishing and supporting a democratic form of government based on free and fair elections – all have gone for nothing.   It seems likely that a civil war will follow the final departure of the US military, a war that the Taliban stands every chance of winning.

The last few weeks have seen the Taliban sweep across northern districts, leaving it in control of much of the border with Tajikistan.  It has seized dozens of rural district centers.  Down in the south, most of Helmand province is in its hands, and by early July it was at the gates of the provincial capital, Lashkar Gah.  Capturing a US base in Wardak province, an hour from the nation’s capital, Kabul, it amassed large quantities of weapons and military vehicles, many labelled “Property of USA government”.

Back in 2001 it was Bush and his Secretary of Defense, Donald Rumsfeld, who masterminded the US invasion of  Afghanistan.  Rumsfeld passed away on June 29, 2021.  In writing about him John Bolton, the former US national policy adviser, maintains that Rumsfeld believed that it is never American strength that is provocative, but American weakness.  Bolton holds that total US military withdrawal from Afghanistan is just such a weakness.

No one in the Pentagon, he asserts, seriously contends that Afghanistan’s civilian government will long survive the departure of the last allied forces. “A worse fate will come,” he writes “if, after the Taliban resumes control across Afghanistan, al Qaeda, ISIS and other terrorist groups again take sanctuary there, threatening the resumption of significant, anti-Western terrorist operations.”
In fact ISIS, which emerged in Afghanistan in 2015, has maintained its presence in the country, even though the caliphate it proclaimed in Iraq and Syria has been swept away.  It has built a stronghold in the north-eastern provinces. The local populations have been beaten into cowed submission. Beheadings and public executions have become commonplace.  On July 1 John T Godfrey, the acting US special envoy, told reporters that the ISIS presence in Afghanistan remained a “serious threat”.

Biden met Afghan president Ashraf Ghani on June 25 at the White House, where he asserted that, despite the pullout, US support for Afghanistan would be sustained.  Accounts of the meeting do not specify the nature of the continued support envisaged by Biden, but reports in the media have suggested that an internal debate is under way in the Pentagon over what level of Taliban resurgence would amount to a national security threat to the US, and therefore justify military action – and, indeed, what sort of action would be possible.  Airstrikes involving US aircraft or armed drones, may be justified, launched from bases outside the country.

From the moment President Donald Trump took office in 2017, he pledged to put an end to the conflict and achieve ex-President Barack Obama’s aim of bringing the American forces back home.  It took two years of secret back-channel negotiations before peace talks began in February 2019.  Abdul Ghani Barada, the co-founder of the Taliban, was at the table.

This extraordinary arrangement between the world’s leading power and a hardline extremist Islamist movement was greeted with optimism by President Trump. “I really believe the Taliban wants to do something to show we’re not all wasting time,” he said.

The deal that Trump eventually reached with the Taliban included, as the quid pro quo for the US withdrawal, an agreement by the Taliban to enter serious peace negotiations with the Afghan government, and also a pledge that it would never allow the regions it controlled to be used as a refuge by extremist groups like al-Qaeda or ISIS.

Evacuating all US forces from Afghanistan was one of the few policies of his predecessor that Biden adopted, albeit with an extended deadline.  Now the US element of the Trump-Taliban deal is close to realization.  Will the Taliban adhere to its part?  That depends entirely on the Taliban’s end game.

A possible scenario would see the Taliban continue its victorious campaign, regaining control of at least the 90 percent of the country it once held and dubbed the Islamic Emirate of Afghanistan, and then seeking talks with the Afghan government aimed at stabilizing the situation.

On July 7 a spokesman for the Taliban is reported to have said it planned to present a written peace proposal to the Afghan government very soon, possibly as early as August.

“The peace talks and process will be accelerated in the coming days,” said Zabihullah Mujahid, a Taliban spokesperson, “and they are expected to enter an important stage.  Naturally it will be about peace plans. Although we have the upper hand on the battlefield, we are very serious about talks and dialogue.”

Afghanistan’s future is truly in the balance.  If the Taliban honors its commitment to Trump and negotiates a settlement with the Afghan government, all might not be lost. If not, it looks as if the tragic loss of life over the past twenty years – nearly 7,000 American and NATO troops and contractors, and more than 47,000 civilians – and the vast expenditure by the US, estimated at more than $2 trillion, will have been expended in vain. The quagmire that is Afghanistan will have swallowed another victim. 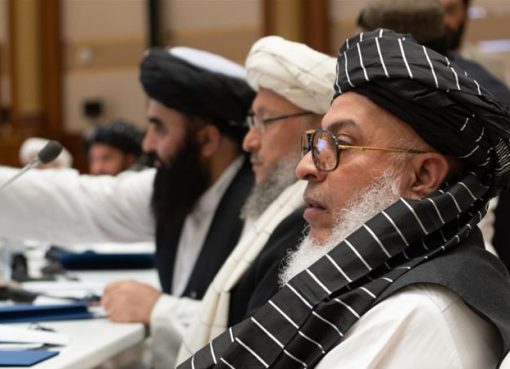 In the heart of Athens, sidewalks teem with passersby, restaurants are packed with people and crowds flow from the metro. But take a few steps into nearby Victoria Square, and you'll find a shockin
Read More 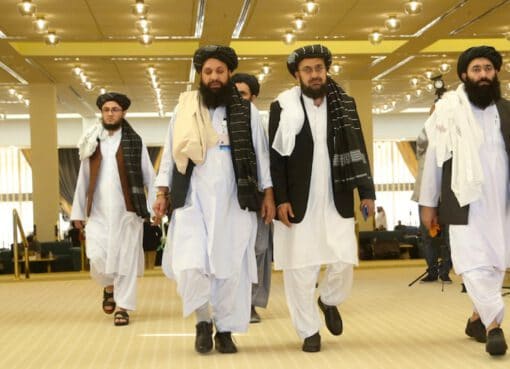 How have the Taliban, a known hardline Islamist group, come to be a significant world power, negotiating with the United States over the head of the Afghan government? One reason is that over half of
Read More