An online marketplace for illicit weapons is thriving in the Middle East and North Africa, according to a study released today that found sales of heavy machine guns, rocket and grenade launchers, and anti-aircraft guns on private Facebook groups in Libya.

During his 40-year reign, colonel Muammar Gaddafi stockpiled an estimated $30 billion worth of weapons. At the time, the arms trade was strictly regulated and the country had limited access to the internet. (Libya is still the only country where connection speed is on average less than 1.0 Mbp.) Since his overthrow and death in 2011, those weapons have been flooding into the local marketplace, and increasingly finding their way online.

The Small Arms Survey, an independent research project that monitors arms sales, believes this trade via social media started in 2013 and is still growing. Sellers posted photos of their wares in groups like the “Libyan Firearms Market” (now taken down). Heavy machine guns went for an average of 8,125 Libyan dinar ($5,900), rocket launchers for 9,000 Libyan dinar, and an anti-aircraft system, the Russian-made ZPU-2, got offers for 85,000 Libyan dinar, or $62,000.

Most of the weapons being sold were guns, including Kalashinov rifles (around 8,000 Libyan dinars) and handguns. Sellers often did not set a price in their ad, and preferred to negotiate over the phone or in private messages, but researchers were able to document average prices.

The research group recorded 1,346 sales over the course of the last 18 months and found between 250 and 300 sales posts went up each month. The researchers believe this figure is just a fraction of the total arms trade taking place on social media in the region.

Most of the sales appeared to take place in larger Libyan cities like Tripoli and Benghazi. Sellers and buyers were mostly militia or individuals buying items for self-defence. Facebook groups ranged from 400 to 14,000 members, according to the BBC, which was able to look at some of the groups before they were shut down by the social media giant.

Facebook has taken down six groups identified as arms marketplaces, according to the New York Times. Since January, the social media platform has banned individuals or companies from facilitating sales of private arms on its network. 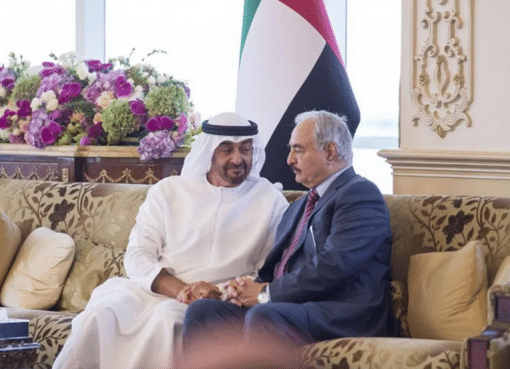