Peter Oborne’s The Fate of Abraham: Why the West is Wrong about Islam (Simon and Schuster 2022) is as much a history of US, British, and French attitudes towards Islam and Muslims as it is about a relationship that was almost doomed from the outset. Not because of inherent problems with either the essence of the West or the essence of Islam but due to prejudice, bias, and, certainly in the 21st century, politicisation and weaponization of religion on both sides of the divide. Nonetheless, the book sketches how many of the Western and non-Western policy assumptions about Islam echo past fears, prejudices, and debates that that have fuelled a widening gap and Islamophobia.

Oborne, the scion of a military and old-style politically conservative family, is passionate but well-documented, well-researched, and well-argued, in his description of the United States, France, and Britain’s encounters with Islam and Muslims, who initially were either subjects with very different experiences of colonialism or slaves. Although these encounters vary widely, Islam, whose adherents were often not granted full and equal recognition in society, has in Oborne’s telling in the 21th century replaced replaced communism as the enemy in the post-Cold War and post 9/11 era.

Based on extensive historical research and investigative journalism, Oborne debunks myths and distortions of the truth. In doing so, he is clear about where he stands in the debate on whether non-violent political Islam poses a threat. Terms that have become fashionable such as Islamism and non-violent extremism constitute in his mind part of the vocabulary developed to force Muslims into a cultural straight jacket.

With a well-put together list for further reading and spiced with historical nuggets, Oborne’s book is a valuable and important contribution to discussions about Islamophobia, political Islam, and the relationship between the United States, European countries, and Islam – a relationship that is likely to co-shape the 21st century world order.

This interview was first published by New Books Network

Dr. James M. Dorsey is an award-winning journalist and scholar, a Senior Fellow at the National University of Singapore’s Middle East Institute and the author of the syndicated column and blog, The Turbulent World of Middle East Soccer. 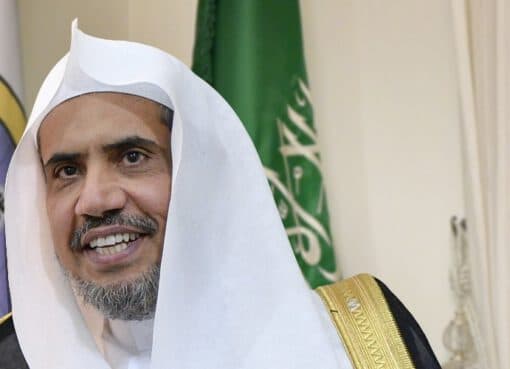 Contemporary Islam is not known for its engagement in the modern scientific project. But it is heir to a legendary “Golden Age” of Arabic science frequently invoked by commentators hoping to make Mus
Read More
23 March 20220317

By James M. Dorsey Indonesia has emerged as a primary battleground between democratic and autocratic visions of Islam in the 21st century. The battle pits Nahdlatul Ulama (NU), the world’s large
Read More