The first meeting of the Arab League in three years took place on November 1 and 2.  The venue was Algeria, chosen to commemorate its War of Independence against France, which began on November 1, 1954.

On this occasion, although all 22 member nations with the exception of Syria were represented, the usual turnout of kings, sheiks, emirs and presidents was far from complete.  One long-time absentee was Syria’s President Bashar al-Assad.  Syria’s suspension from the League, imposed in 2011 for the regime’s brutality against Arab Spring activists, was not lifted despite the best efforts of Algeria’s President Abdelmadjid Tebboune.  He had attempted earlier in the year to persuade other Arab states to readmit Syria, but major Arab states, including Saudi Arabia and Qatar, support Sunni Muslim rebels fighting al-Assad.

Morocco’s King Mohammed VI was not present. Algeria and Morocco are currently at daggers drawn over a variety of issues, not least Morocco’s claims on Western Sahara.

Saudi Arabia’s Crown Prince Mohammed bin Salman (MBS) and the United Arab Emirates (UAE) leader, Mohammed bin Zayed, both decided not to attend.  Their absence, and indeed that of the King of Morocco, forced the attention of members and observers to the great elephant squatting in the room throughout the conference – the Abraham Accords, a phenomenon beyond the bounds of belief at the last Arab League summit in 2019.

It was on September 15, 2020 that the Abraham Accords were signed in a ceremony hosted by the US in the White House. As part of the agreements, both the UAE and Bahrain recognized Israel’s sovereignty, opening the way for establishing full diplomatic relations followed by highly lucrative trade, economic and hi-tech deals.  Since then, Morocco and Sudan have signed up to the Accords, while other Arab states, including Saudi Arabia, Oman and Qatar have gone a long way toward normalizing business and security relations with Israel.

In signing the Accords, none of the four Arab states renounced their support for Palestinian aspirations.  All, though, had determined that a settlement of the Israel-Palestinian issue was not an essential precursor to adopting a pragmatic view of the benefits to be derived from cooperating with Israel across a whole variety of fields – not least in opposing the ambitions of Iran to dominate the region.

This was not the opinion of much of the membership of the Arab League, and certainly not that of its host, Algeria’s President Tebboune.  In his opening remarks Tebboune asserted: “Our main and first cause, the mother of all causes, the Palestinian issue, will be at the heart of our concerns and our main priority”.  In the event, though, ways of advancing the Palestinian cause were not discussed, nor did members address the chasm separating Arab states over normalization with Israel.  The conference maintained a precarious balance by simply ignoring the difficult issues, and issued a final declaration that confined itself to reiterating the League’s full support for the establishment of an independent state of Palestine within what it termed “the 1967 borders” (although borders they never were, as the 1949 Israel-Jordan Armistice Agreement made very clear).

Palestinian aspirations and the Abraham Accords were not the only delicate issues that the League failed to confront head-on.  Another was the relationship between the Arab world and Russia in view of the invasion of Ukraine.  The League meeting took place against the backdrop of rising inflation, food and energy shortages, drought and the soaring cost of living across the Middle East and Africa.  Comment during the conference did not move far beyond Tunisian President Kais Saied’s remarks in his opening address.  The war in Ukraine, he said, “has exacerbated the food and energy security crisis.”  Several Arab countries are heavily dependent on Ukrainian and Russian wheat exports, and members concentrated on how to relieve the shortages.

As for supporting the Ukrainians, the Arab world has been notably deficient. The West quickly united against Russia after it invaded Ukraine, but many in the Arab world hesitated. The first Security Council resolution against the invasion of Ukraine was proposed on February 25, and the UAE, a key US ally, abstained.  On February 28, Egypt called for a meeting of the Arab League to discuss the situation in Ukraine. A statement issued after the meeting failed to condemn Russia’s invasion, and offered little support to the Ukrainians.

Arab states clearly wanted to keep their options open and avoid alienating Moscow if at all possible. That soon changed. It was made clear to the Arab states that if they wanted to maintain their close ties with the West, neutrality was not acceptable where Russia’s invasion is concerned.  So when the UN General Assembly resolution condemning Russia passed overwhelmingly on March 2, its backers included the UAE, as well as Saudi Arabia and Egypt. Clearly, Western – particularly American – pressure had succeeded.

Even so, during the conference Arab leaders simply ignored the rights and wrongs of Russia’s invasion of Ukraine. They chose not to discuss, let alone support, Ukraine in its fight against its Russian invaders. The final declaration made no mention of the war, nor has any Arab country up to now offered military aid to the Ukrainians.

The Arab League has elevated equivocation to a fine art.

By James M. Dorsey   Europe is likely to shoulder the brunt of the fallout of a rapidly escalating crisis over Ukraine. Middle Eastern states could prove to be a close second.
Read More
18 May 20220278

Saudi religious moderation: the world’s foremost publisher of Qur’ans has yet to get the message

By James M. Dorsey To watch a video version of this story on YouTube please click here. A podcast version is available on  Soundcloud, Itunes, Spotify, Spreaker, and  Podbean. When the religi
Read More
20 March 20220430 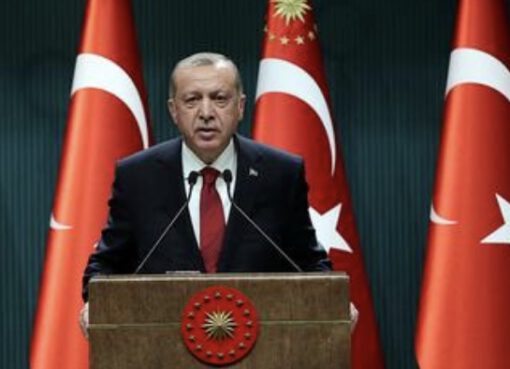