Last week Turkey deployed dozens of unmanned aerial vehicles (UAVs or drones) as well as heavy artillery, and with their help opposition factions managed to recapture a number of villages in southern Idlib province, stopping the advance of Syrian government forces towards the M4 highway, linking Latakia to Aleppo. In the east, the government also lost control of the strategic M5 highway linking Damascus to Aleppo. This was the first time that Turkey had deployed its Turkish-made UAVs in the battle against Damascus. They backed their drones with fighter jets flying along the Syrian-Turkish border and powerful ordnance, and so far this has successfully frozen Assad’s advance. The drones have not only hit positions and convoys of government forces along the front line, but they have also penetrated deep into Damascus-controlled areas and reportedly targeted military airports near the cities of Aleppo and Hama. They have also successfully targeted high-ranking officers in both Syrian government forces and allied militias.
Of course a counter-offensive has begun. Government forces reinforced with Iran-backed militias, Russian regulars and mercenaries, are already attempting to fight their way back into Saraqeb. 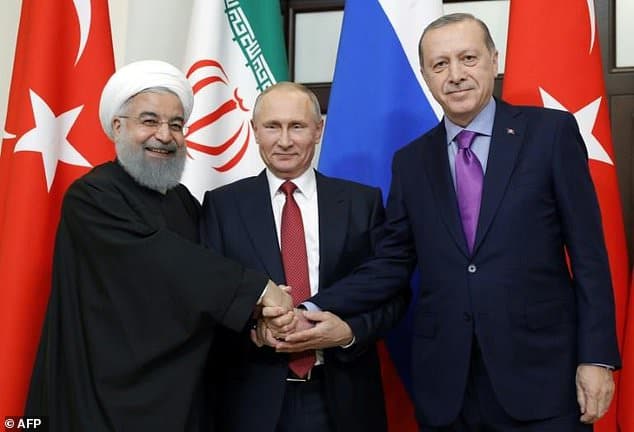