Ever since October 2019 Lebanon has been in a sort of civil war – people against parliament. Over the months the mass protests and demonstrations have, if anything, increased in their ferocity, expanding to encompass the maneuverings in the political arena.
This explosion of public rage has all the characteristics of a long quiescent volcano suddenly erupting, revealing the boiling turmoil that had been present underground all along.
To all outward appearances, Lebanon had long been politically apathetic. When the country went to the polls in May 2018, nine long years had passed since the previous parliamentary elections – supposed to be held every four years. Time and again ministers and politicians had voted to postpone them and extend the current parliament, citing security concerns, political crises and disputes over the election law. During the 2018 election campaign, candidates were optimistic that popular dissatisfaction with Lebanon’s struggling economy, failing infrastructure and endemic corruption, would provoke the electorate into opting for reform. Any such hopes were to be dashed. Turnout was less than 50 percent, and the main change was a decrease for the party headed by prime minister Saad Hariri, with a consequential increase in support for Hezbollah. Over the nine years from 2009 political realities had forced Hariri’s government to include in the administration members of the increasingly confident, Iran-backed Hezbollah. The main effect of the 2018 election was to put more power in Hezbollah’s hands.

Following the election it took nine months for Hariri to form an administration but, constituted as it was, it was incapable of remedying Lebanon’s endemic problems. The spark that ignited mass popular protest was a government announcement of new taxes on gasoline, tobacco and access to social media on the internet. The first demonstrations in October 2019 quickly morphed into nationwide near-riots condemning the stagnant economy, unemployment, corruption in the public sector, and inadequate basic services such as electricity, water and sanitation.

In October prime minister Hariri resigned amid public demands for a government of independent specialists. He was to be replaced, it was announced, to vociferous public dissatisfaction, by a former minister of education, Hassan Diab. The public viewed this potential appointment as simply more of the same, discredited, ruling elite clutching on to power. Nevertheless, with the support of Hezbollah and its political allies, the appointment was confirmed on 22 January 2020, and Diab was charged with forming a new cabinet.

On Tuesday, February 11, in a parliament building besieged by protesters, and with mass demonstrations being staged throughout Beirut and beyond, a majority of parliamentarians passed a vote of confidence in the new cabinet, and its financial rescue plan. The vote was passed by 63 of the 84 parliamentarians present. Those in support were Hezbollah members and their allies. The party of the previous prime minister, Saad Hariri, and his allies voted against.

As the nine-hour parliamentary session proceeded, security forces – including the Lebanese army, riot police and SWAT teams – used batons, tear gas and rubber-coated steel bullets to clear the roads of protesters trying to delay the crucial vote. Protesters tore down metal and cement barricades put up around Nejmeh Square, the seat of the Parliament. A group of people also set fire to a bank next to the parliament’s entrance. More than 200 people were injured in the riots.
A group of protesters attacked member of parliament Salim Saadeh in his car. In a video posted on his Twitter account, his shirt stained with blood and his left eye blue and swollen, Saadeh said: “Thank God I am good. I thank everyone for their love.”

Prime minister Diab’s vote of confidence encompassed also his 16-page government statement on a rescue plan to get Lebanon out of its economic and financial crisis. The plan includes reforms in the judicial, financial and administrative fields, as well as proposals to fight corruption and fix the country’s finances.

Lebanon’s debt ratio, standing at more than 150 percent of GDP, is one of the highest in the world. It has been on a downwards path for years, with the country recording nil economic growth and high unemployment. Diab promised “painful” measures, including slashing interest rates. Given the reaction of the Lebanese public to the attempt to raise taxes back in October, it is difficult to predict anything other than fierce mass opposition to this administration as long as it remains in power.

For that is the nub of the problem. The public sees all too clearly that the ruling elite, entrenched in power, is heavily dominated by the Iran-controlled Hezbollah. Over the past few decades this rapacious predator has been consuming the political, military and administrative organs of the once proud state of Lebanon, until only the outer shell of an independent sovereign country now remains. At one time it seemed that Hezbollah, a body deemed a terrorist organization by large parts of the world, had created a “state within a state” inside Lebanon. Many now believe that the Lebanese state and Hezbollah are in effect indistinguishable.

In theory Lebanon should be a template for a future peaceful Middle East. It is the only Middle East country which, by its very constitution, shares power equally between Sunni and Shi’ite Muslims and Christians. Theory, however, has had to bow to practical reality. Lebanon has been highly unstable for much of its existence, and its unique constitution has tended to exacerbate, rather than eliminate, sectarian conflict.

Root and branch reform of the constitution, no less than fundamental improvements to living standards and the rooting out of corruption in public life, lie at the heart of the widespread public dissatisfaction that is shaking Lebanon to its core. 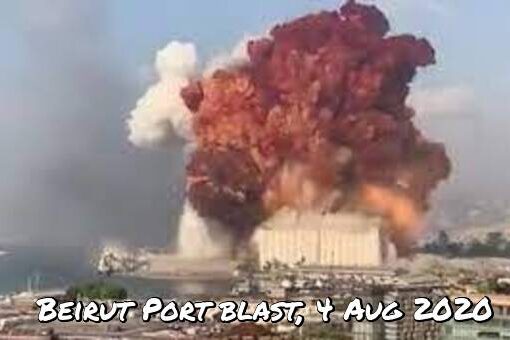