The campaign against enforced hijab in Iran has seen women defying morality police in public and even shaving their hair. Now men are also joining the fight.

Men in Iran are wearing hijabs in a display of solidarity with women across the country who are forced to cover their heads in public. Wearing a headscarf is strictly enforced by so-called ‘morality police’ in Iran and has been since the Islamic Revolution in 1979.

Women who do not wear a hijab or are deemed to be wearing ‘bad hijab’ by having some of their hair showing face punishments ranging from fines to imprisonment.  State-funded adverts appearing on billboards in Iran present those who do not cover their hair as spoiled and dishonourable.

Women are also told that by not complying, they are putting themselves at risk of unwanted sexual advances from men. But women are leading protests against enforced hijab across the country and some have resorted to shaving their hair in order to appear in public without wearing a veil.

Over the last week, a number of men have appeared in photos wearing a hijab with their wife or female relative next to them who have their hair uncovered. The images come in response to a call by Masih Alinejad, an Iranian activist and journalist living in New York, who is urging men to support her campaign against enforced hijab. Ms Alinejad runs the My Stealthy Freedom campaign and often shares pictures of women living in Iran who have enjoyed a moment of ‘stealthy freedom’ by taking their hijab off outside of a domestic setting. She has asked men to support her campaign with the #meninhijab hashtag and by sharing pictures with their heads covered while women pose without hijabs.

Ms Alinejad has received 30 images of men wearing a hijab since issuing her call on 22 July. She told the Independent some men are also posting their images on their Instagram accounts. “Most of these men are living inside Iran and they have witnessed how their female relatives have been suffering at the hands of the morality police and humiliation of enforced hijab,” she said.

“For years, from childhood to womanhood, we’ve been forced to wear the compulsory headscarf and for years we have had to endure the loss of our dignity. Many men have gotten used to seeing women in compulsory hijab every day and you think that is normal.

But for millions of Iranian women, this compulsory hijab is an insult to their dignity. “In our society, a woman’s existence and identity is justified by a man’s integrity, and in many cases the teachings of a religious authority or government officials influence a man’s misguided sense of ownership over women. So I thought it would be fantastic to invite men to support women’s rights.” One man sent in a picture of himself [above] wearing his cousin’s headscarf. In the caption, he wrote: “When my female cousins saw that I was wearing their headscarf, they couldn’t stop laughing. I asked them, does it look so funny on me? I really love and respect my cousins.

I think that one should not talk about freedom if she/he supports the idea of restricting other people’s freedom. If only hijab were the only problem in our country, as the authorities would like us to believe. It is as if they have hypnotised our brains with a black piece of cloth and they only want us to believe that hijab is the most important issue in our country.”

Another described how wearing his mother’s niqab reminds him of the freedom he was afforded as a man that was denied to her until her death. “When the Islamic Revolution took place, my mother started wearing hijab because it was compulsory.

And she never believed in hijab. In Khuzestan’s hot summers she was forced to go out in this attire. My mother died and only her clothes are left for me as a keepsake. I sometimes put her clothes on and remember those hot summer days when she would go out shopping and when she returned, due to the heat, she didn’t even have the energy to speak. “I was always ashamed for my mother and my sisters. I was against hijab and my father and brothers also felt the same way. It’s very tough to go out in such clothing in the hot weather of Ahvaz – it’s indescribable.” 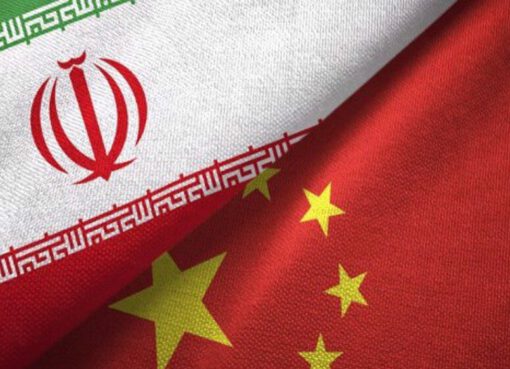 Tensions between Saudi Arabia and Iran have been increasing recently. Although the narrative developed to describe the execution of a Saudi Shiite cleric, Nimr Al-Nimr, as a sectarian dimension of th
Read More
Art+CultureIsrael/PalestineNews
26 October 201601082