When Israeli premier Netanyahu makes reference to territorial compromise, he conspicuously avoids phrases such as “Palestinian State” or “two states for two peoples”. The vicissitudes of Arab-Israeli half-century-conflict seem to have significantly influenced the psyches of both Palestinians and Israelis. Given the fact that any peace deal Palestinian leaders sign with Israel would have to pass a Palestinian referendum, it is clear that for Palestinian and Arab leaders peace negotiations with Israel are merely a continuation of war.

While the Middle East is unfortunately on a path to another war, maybe it is time to ask: Why is there such deep Arab hatred toward Israel, and is this hatred justified? What is really at the core of the Arab-Israeli conflict?

Notwithstanding soaring rhetoric of President Barack Obama’s Cairo speech and his tepid criticism of Israel’s settlement program, the growth rate of settlers accelerated again after President Obama and Prime Minister Benjamin Netanyahu had taken office. This growth can be detected in East Jerusalem and Area C in the West Bank. According to the UN Office for the Coordination of Humanitarian Affairs, Israeli control of water supplies in the West Bank has led to a severe water crisis for Palestinian residents.

The situation is worst in the Israeli-controlled stretch of land known as Area C, where the Palestinian Authority (PA) is technically responsible for water services, but simply unable to deliver. Cara Flowers, an officer with the Emergency Water, Sanitation and Hygiene Group (EWASH), said the health and livelihoods of communities living in Area C – covering 60 per cent of land in the West Bank and home to some 60,000 of the West Bank’s 2.3 million people – were hardest hit as they have a severe lack of access to water and sanitation infrastructure.

Today, over one-third of Israel’s fresh water budget comes from the aquifers under the West Bank’s highlands. In so doing, Israel (including its settlements) consumes more than 80 per cent of the annual recharge of these aquifers, leaving only 20 per cent for the Palestinians.

In fact, any Israeli leader who genuinely seeks a peace agreement should not demand that Hamas first meet the Quartet’s requirements. Having suffered the indignities of blockade for so long, even if Hamas agreed to negotiate a peace agreement or a long-term ceasefire (hudna) from its current position of weakness, it would only be a question of time until they rise again to reclaim their dignity. The Quartet’s three preconditions, which 1) require Hamas to recognize Israel, 2) accept previous agreements and obligations, and 3) forsake violence before it can become a legitimate partner in the peace talks, are out-dated and impractical because these preconditions are tantamount to surrender.

The Quartet’s demands make it impossible for Hamas leadership to negotiate under those terms. In reality, no Israeli-Palestinian peace can endure (even if achieved) without Hamas’ full participation as an integral part of a Palestinian delegation. And most significantly, the old analysis – that to achieve a remarkable and meaningful dialogue on Arab- Israeli conflict, the Germans will have to annoy the Jews, the French will have to annoy the Arabs and the British will have to annoy the Americans – remains now an oxymoron theory. Despite the involvement of Russia, the US, the EU and the UN, the dream of venturing the Arab-Israeli conflict has lost its moorings regarding a peaceful scenario of coexistence between Israelis and Arabs.

When policymakers and analysts use the same sort of examples to draw the same historical conclusions, they’re dismissed as right-wing ideologues. The paradox is that there can be no co-existence if one person isn’t willing to negotiate as hard as the other. The appeaser will always be swallowed up and simply cease to exist. It is stubbornness rather than the willingness to make immediate concessions that brings about successful negotiations. In other words, if you want peace, prepare for war.

Four generations of Arabs and Israelis have been consistently brainwashed and indoctrinated to believe the worst canards about each other. This is not the kind of thing that can be eliminated by signatures on a piece of paper. Peace necessitates changing the mind-sets of both Jews and Palestinians.

The Arab side claims that the main grievances they have with Israel are the following:

Yet, the Arab side claims that there is an issue that is more deeply at the core of the conflict. Namely, the fact that the Jewish homeland was established – with the help of western powers – without considering the wishes of Palestine’s Arab inhabitants.

The construction of a security fence separating “little Israel” from areas presently not under Israeli sovereignty (Judea, Samaria and Gaza) has become quite controversial. There were several attempts to bring the subject before an international tribunal in The Hague. The media and a significant number of politicians claim that such a fence will not be a border. Instead it will separate Israelis from Palestinian Arabs, which is expected to significantly reduce the instances of terror. Israeli government has already invested millions of dollars in the construction of the fence.

This is a dangerous illusion intended to provide the population with a feeling of security. The only justification for such a wall would be basing Israel’s security policy upon some kind of New Age therapy to make the public think that it is being protected against terrorism. The security fence solution to Israel’s problems with Palestinians is a perfect example of H.L. Mencken’s pithy remark, “There is always an easy solution to every human problem – neat, plausible, and wrong.”

There is presently no agreement as to the length of fence required to provide security for an optimal number of persons. Estimates range from 320 to more than 700 kilometres.

The fence has extended through the areas of three military command zones – north, central and southern. In order to ensure efficiency and unified control, the IDF seems to have set up another military command – the security fence command – which seems to control all the activities and personnel associated with the fence. These include the IDF, border patrol, police and other security agencies as well as the ancillary civilian services.

Psychological Aspect of the Fence

Experience has shown that the real and psychological burdens imposed by the security fence will embolden radical left organizations in Israel, supported by the European Union and other anti-sources, to pressure the government into taking impulsive steps such as hastily retreating from Lebanon with the consequence that the northern border is under continuous threat by Hezbollah.

It could perhaps be interesting to note that Rand Corporation analysts were asked to rate the top ten under-attended international problems in the world today. They found out that Israel’s security fence was topping the list.

The Israeli built fence has profoundly changed the geographical and political landscape of the Israeli-Palestinian conflict. The wall, while enforcing segregation and apartheid, has deepened Palestinian rage and enmity, prompting random attacks against targets inside Israel.

The Israeli-Palestinian dilemma is psychological, and that the way for both sides to create bilateral confidence is on that level. To that end, the wisdom calls on Israel to rebuild Palestinian villages abandoned in 1948 – on condition that Israeli families do not live in them now – and to acknowledge that Palestinians view Israel’s War of Independence as the Nakba [catastrophe]. Both issues, as the analysts think, would go a long way toward reducing tensions with the Arab community.

Historic Deals – Much Ado About Nothing

Diplomacy could not make a real success despite the trilateral sharing of the Nobel peace award – initially by Egypt’s President Anwar Sadat, Israel’s Prime Minister Menachem Begin, and US’s president Jimmy Carter at the Camp David (1978); and subsequently at Oslo (1993), by the Israeli premier Yitzhak Rabin, the PLO’s Yasir Arafat and US’s Bill Clinton. While recalling his wisdom about the Oslo Peace Accords, the former Israeli President Shimon Peres yet feels no regret about that historic deal. Peres says that he longs for a day when the IDF will be made up of soldiers for peace.

“My main message to [the soldiers] is that the story of Israel is not a story of the rich land that has enriched the people, but a story of rich people that enriched the land. Our natural source is the human vein. Everybody can be as great as the cause he serves.”

He remains confident that peace is not impossible, if people can rid themselves of preconceived notions. “Impossibility is a product of our prejudice,” he says. “I happen to think Oslo was a great achievement,” said Lewis, also a former President of USIP. “It started the process of serious negotiation about details on how to turn some of the territory over to the Palestinians. So Oslo was a big achievement.”

But progress has stagnated ever since. When, for example, top officials emerged from the Camp David Summit in July 2000 with little to show for the effort, President Clinton gave American officials there a pep talk. “You know, trying and failing is better than not having tried at all,” said David Miller, a former advisor to six secretaries of State, remembered Clinton saying. “At the time, I was inspired, but you know, that is not right. That is an appropriate slogan for a college or high school football team. But not for others.” Some believe Congress is culpable in all of this, swayed by Israeli interests that dictate the stalled peace process in which the three parties find themselves. Indeed, it’s “very expensive to go against Israel,” said Shibley Telhami of the Brookings Institute.

But Miller pushed back on this notion, saying Congress is not the “Israeli-occupied territory” some believe it has become. “There are no domestic constraints that are powerful enough to handicap or tie down the administration. But, he said, the alliance with Israel can only go so far. “We are Israel’s best friend, but we cannot be Israel’s attorney.” 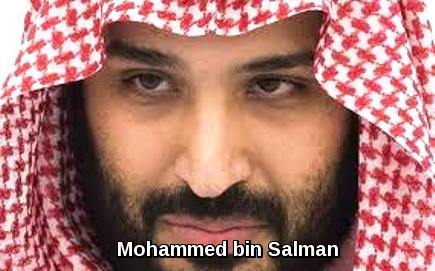 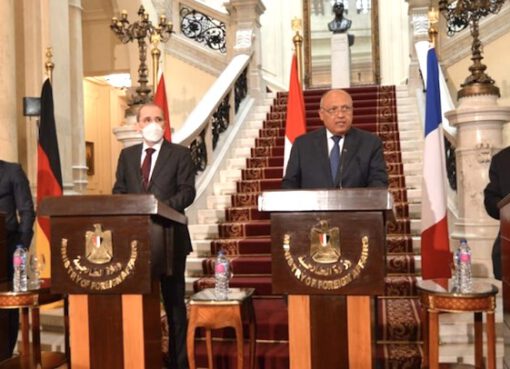